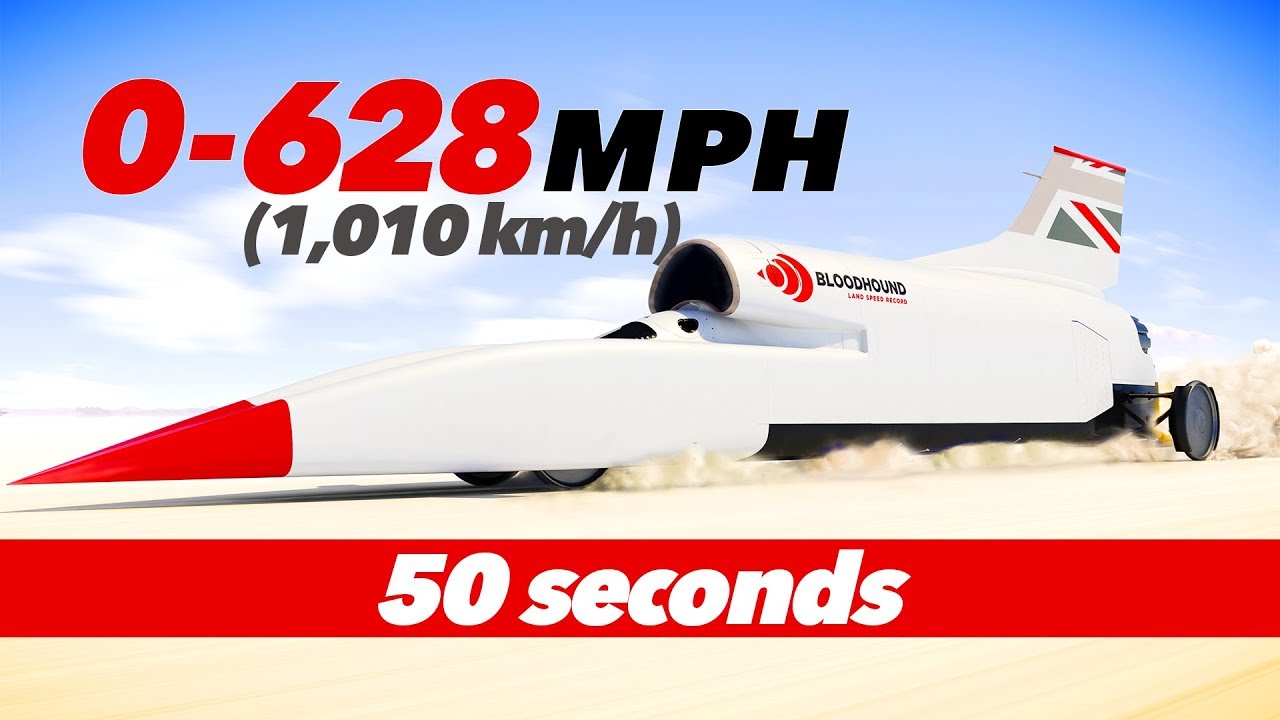 0 to 628 mph (1,010 kmh) in 50 sec – 54,000-HP Bloodhound LSR Car – Fastest Car in the World. The Bloodhound Land Speed Record car reached a new top speed of 628 mph (1,010 km/h) as she tore down the Kalahari Desert racing track in South Africa and completed the crucial high speed testing phase of the project. Propelled by an EJ200 jet engine normally found in a Eurofighter Typhoon fighter plane, reaching maximum velocity as she passed the 5 mile (8km) mark in just 50 seconds.

This 628mph (1,010 km/h) sprint was Run Profile 8, a pre-defined and exacting set of parameters set out by the Bloodhound LSR engineering team and driven with precision by Andy Green. Andy rolled off the line using the EJ200 in ‘max dry’ (no flames visible out of the back) and up to 50mph, at which point he put his foot down past the detent, and pushed the jet engine into reheat (aka afterburner). Bloodhound LSR then reached maximum velocity in 50 seconds. Andy lifted off the throttle at 615 mph (989 km/h), stabilized the car and then deployed a drag parachute to slow the car safely to a halt at the 11 km mark.

The successful high speed tests that have taken place over the last four weeks have seen Bloodhound blasting down the Hakskeen Pan desert racetrack in Northern Cape, South Africa, reaching incrementally higher speeds, providing a spectacular showcase of British engineering to a global audience. The Bloodhound team’s primary objective is to engage and inspire people of all ages through the most extreme application of science, technology, engineering and mathematics.