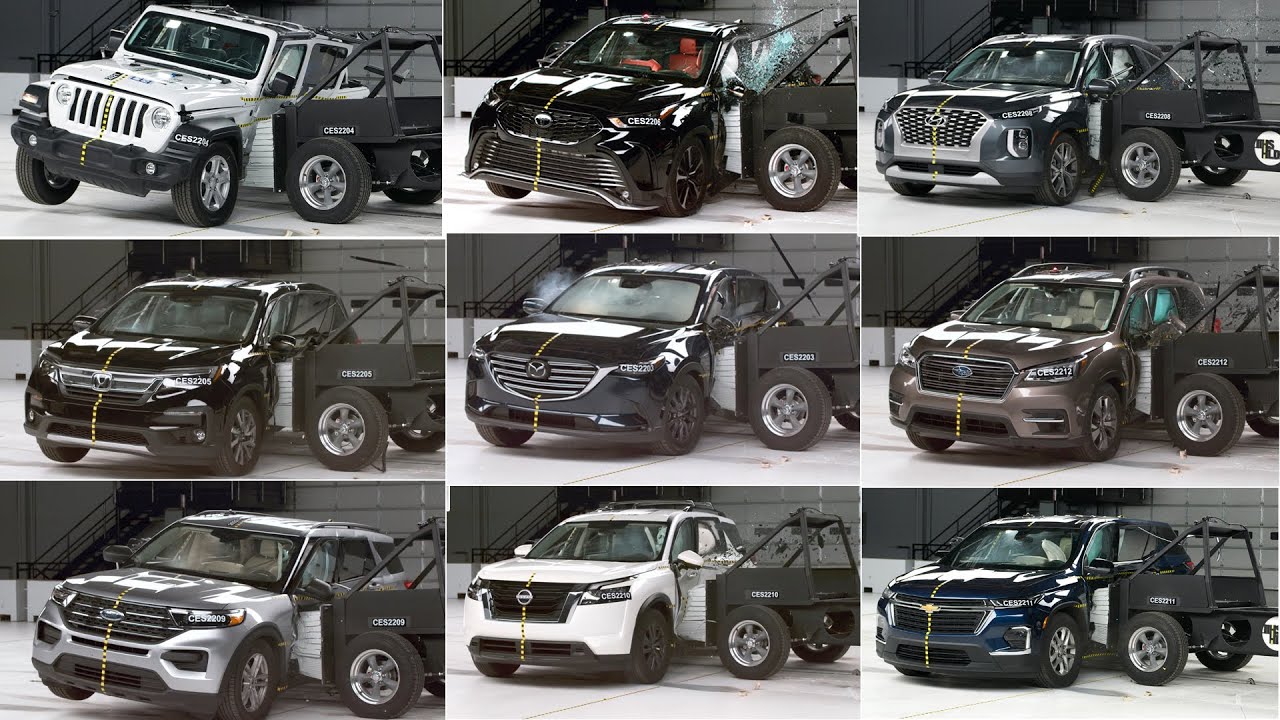 It’s not terribly surprising that midsize SUVs earned better safety ratings than small SUVs in the latest side-impact tests performed by the Insurance Institute for Highway Safety (IIHS). Just how much better they scored, on the other hand, certainly raises an eyebrow. Ten out of 18 midsize SUVs earned the highest rating of ‘good’ in the stringent new test, altered for vehicles starting with the 2020 model year with a heavier barrier (4,200 pounds) that moves at a higher speed (37 miles per hour) and is fitted with a hard honeycomb frontal structure. By way of contrast, just one out of of 20 small SUVs earned a ‘good’ score.

Interestingly, the Jeep Wrangler would have scored a ‘good’ rating if it were equipped with side airbags for the rear seating positions. It would likely be an engineering challenge to equip its removable top and/or doors with airbags, but the lack of that safety feature allowed the head of the rear passenger dummy to hit the vertical support of the top. Otherwise, the Wrangler scored good ratings across the board. The new Ford Bronco, which makes more allowances for side-impact safety, has not yet been tested.

The popular Hyundai Palisade and Kia Telluride SUVs stand out in the test with ‘poor’ ratings for driver pelvis injuries. The Nissan Murano, a vehicle last redesigned for the 2015 model year, was the only vehicle tested that received a ‘poor’ rating for its structure and safety cage.