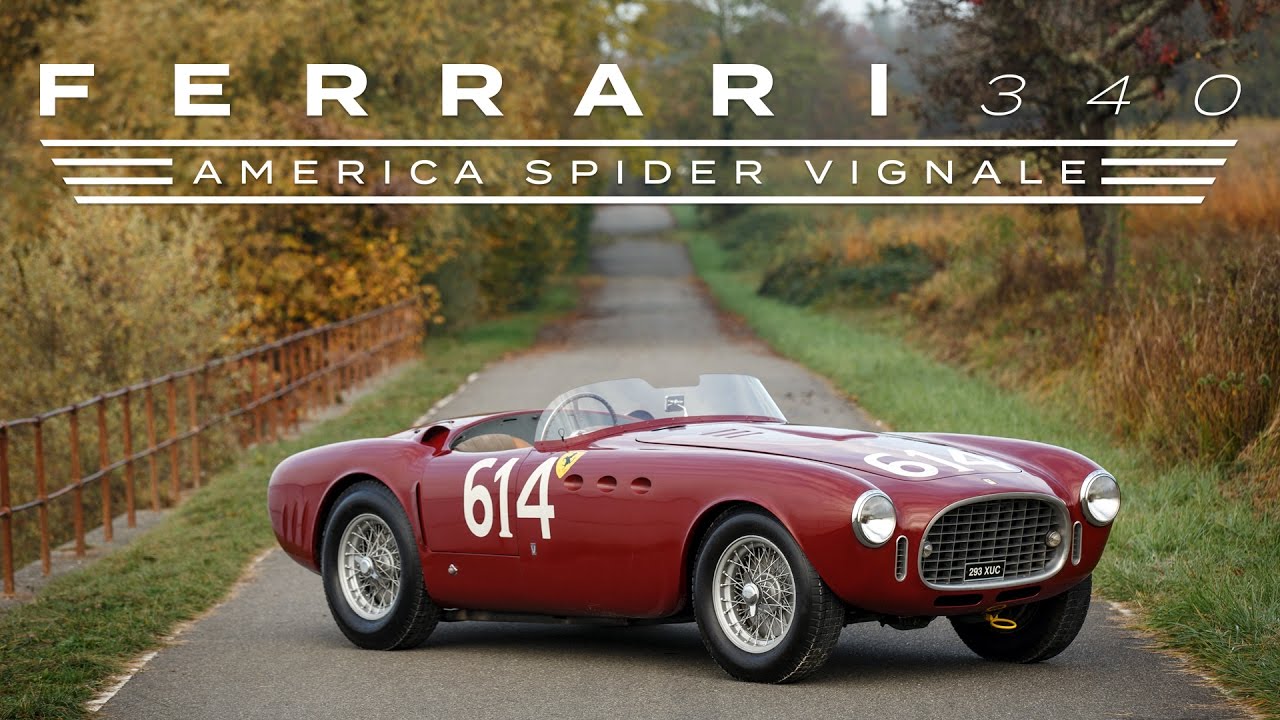 1952 Ferrari 340 America Vignale Spider. Editor’s Note: We are proud to partner with Bonhams on this film in excited anticipation of their upcoming January Scottsdale Auction. We encourage you to learn more about this auction online at http://www.bonhams.com/auctions/23945/

“I searched for a car to compete in the Mille Miglia. It was quite a long process to find the right car…so I searched, but there was one problem, how to convince my wife?” says Michael Stehle. “I convinced her to come with me…I showed her the car…‘Wait, wait, let’s start the engine’— ‘OK, you can start the engine’,” she said back. Once this ex-Works 1952 Ferrari 340 Spider by Vignale had cleared its throat, the verdict was in: “OK, you can buy this car,” his wife said.

In the early 1950s, this was Ferrari’s supercar. This very car drove the Mille Miglia in 1952, with Enzo Ferrari appointing his top driver Piero Taruffi to race it—leading for much of the race before being felled by transmission troubles. Still, it would race in a number of other period events, including the 24 Hours of Le Mans and the Targa Florio, always placing well against other top machines.

“This car, you can like it or you can love it; but in my opinion, it’s a pure racing design, it’s reduced to a minimum,” Stehle says. “In comparison to Pininfarina, this coachbuilder tried to make the car more beautiful, maybe, but Vignale was just functional—I fell in love with the shape, it’s the minimum of design.”
His first time driving the car was at the Mille Miglia, and that at first, it wasn’t easy to drive— 280 horsepower and a very lightweight body made him cautious until he grew more familiar with the car and, eventually, began to overtake his fellow drivers. But when the car was stopped during his first Mille Miglia, it was the Italian people’s unmatched respect for Ferrari that was perhaps most surprising.

“They kiss the body, they want to see inside, because they appreciate the car so much,” Stehle says. “In 1952, this was the most important car for Ferrari at that time, they didn’t make too many cars; they didn’t have too much money. So they invested time, money, and all the effort in this car.”

“For me, it’s an honor to drive this car because it’s part of this fantastic history of Ferrari.”