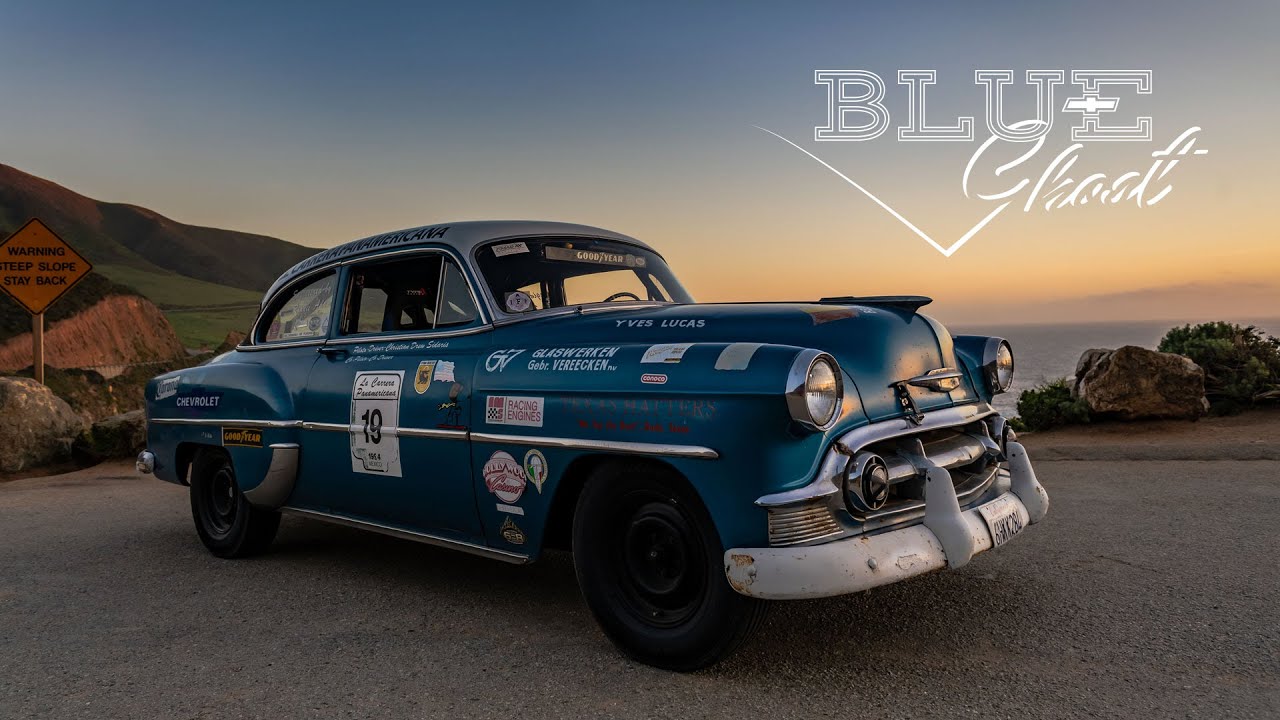 1953 Chevrolet 210: The Blue Ghost. Drew Sidaris received a Honda Trail 50 minibike at the formative age of eight, and his neighbor at the time had a full size dirt bike that he’d compete with at the old Indian Dunes compound before the motocross tracks were closed off. The building blocks of a motorsport enthusiast were there, and needless to say, growing up in Hollywood meant Drew was no stranger to the sight of an exotic automobile either. He’s wanted to be a racing car driver ever since his childhood, and was finally able to realize that dream when he and a good friend bought this Chevy 210 and set about getting it ready for the Carrera Panamericana. Drew drove the car in the race three times between 1989 and 1991, made it his daily driver for a seven-year span, and has even loaned it out to be raced by others when he wasn’t able to, though he hopes it will stay in the family long after he’s gone.