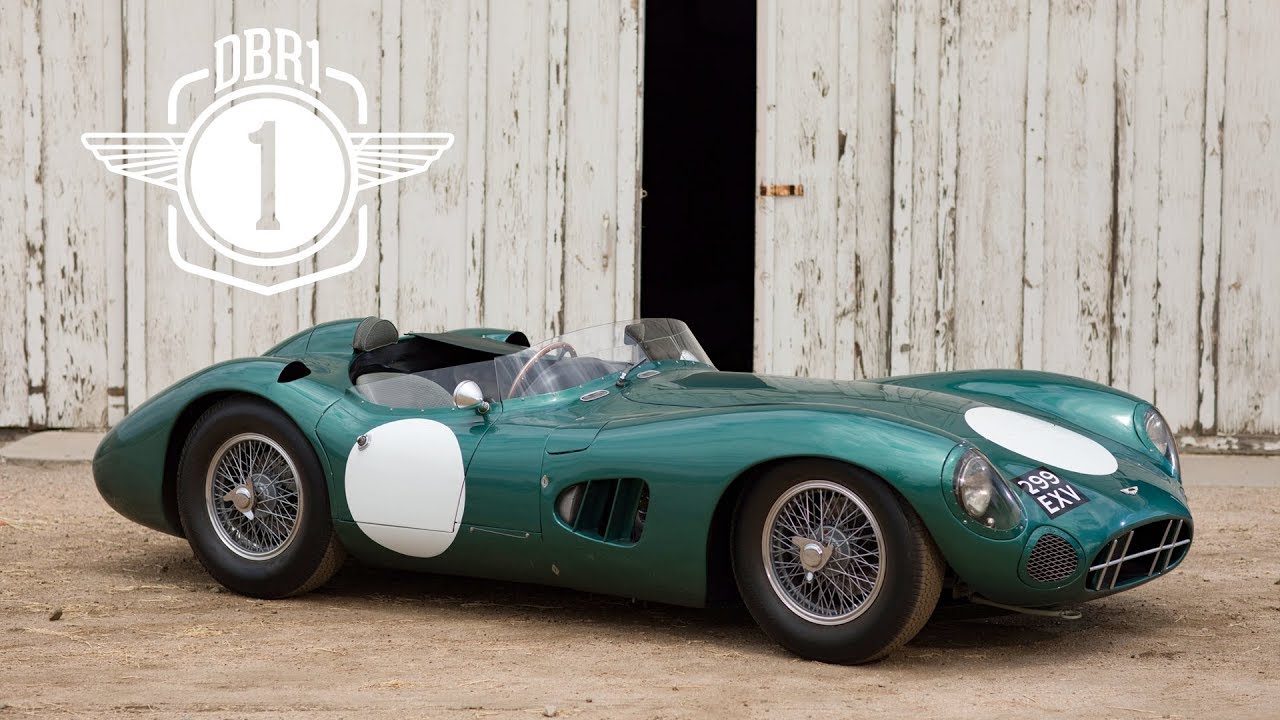 1956 Aston Martin DBR1: A British Racing Rarity. This week, in partnership with RM Sotheby’s, we go for a lively ride in one of Britain’s (if not the world’s) most beautiful automobiles: an Aston Martin DBR1.

One of just five hand-built DBR1s produced, this example is particularly significant due to it being the very first one made, in addition to it being the same model, though not the exact car, that earned Aston Martin an overall Le Mans victory and a worthy motorsport legacy. Obviously, a car of such importance requires expert narration, and we were lucky enough to get the perfect man for the job: Stephen Archer.

Mr. Archer, a veteran Aston Marin racer since the late ‘70s, is the official Aston Martin Works Historian. Aston Martin Works is the historic home of the brand, and has a history of its own that is almost six decades in the making, so it goes without saying Stephen knows a thing or two about the cars.

Stephen retells DBR1/1’s most memorable moment, a tale that places near the top of the all time greatest racing stories. “Come ’55, John Wyer and David Brown decided to produce a racing car that’d finally take the fight properly to the opposition,” Stephen tells, “[And] right from the outset, the DBR1 was to prove itself an incredibly competent racing car. And yet it was designed by a tiny team led by one man, Ted Cutting, who designed the chassis, the engine, and the beautiful, beautiful body that epitomizes racing Aston Martins.”

“Come 1959, the team of Aston Martins went on, of course, to win Le Mans—in fact, they took first and second. But why is this car, DBR1/1, so important if it wasn’t the winning car? Well, just three weeks before Le Mans was the 1,000 Kilometers of the Nürburgring and the factory wasn’t going to enter a car there—the target was to win Le Mans—but Stirling Moss
said, ‘Look we’ve won this race twice, we can win this race again. Just let me take the car there,’ and John Wyer agreed.”

With a five minute and five second lead earned by the 17th lap, it appeared Moss was right: a third victory was not only possible, but apparently a stroll in the park for the legendary wheelman—but another tale of that man winning a race that wouldn’t make for a truly great story, would it? All was smooth sailing until Sterling pitted for a pilot changeover, handing over the helm to his co-driver Jack Fairman, who unfortunately ended up putting the car in a ditch.

Incredibly, Jack—being quite a brawny man apparently—was able to single-handedly push DBR1/1 out of said ditch and continue on, but the accident was not without seemingly grave consequence. The mishap severely cost the team position, knocking their comfortable spot with a five minute lead all the way back to fourth place. They were down, but far from out.

“Driving like a man who had an appointment with a checkered flag,” Moss miraculously secured first again. “It was Stirling Moss’s finest ever drive. He jumped in, and won by a huge margin, which was undoubtedly DBR1/1’s finest hour, but it also set them up to compete in the world championship,” Stephen explains.

The Aston Martin team went on to win the 1959 24 Hours of Le Mans, achieving north of 175mph down the Mulsanne Straight in the DBR1s, lap after lap for 24 hours. The car was pure speed sorcery in the late ’50s, and it hasn’t lost a bit of magic since.