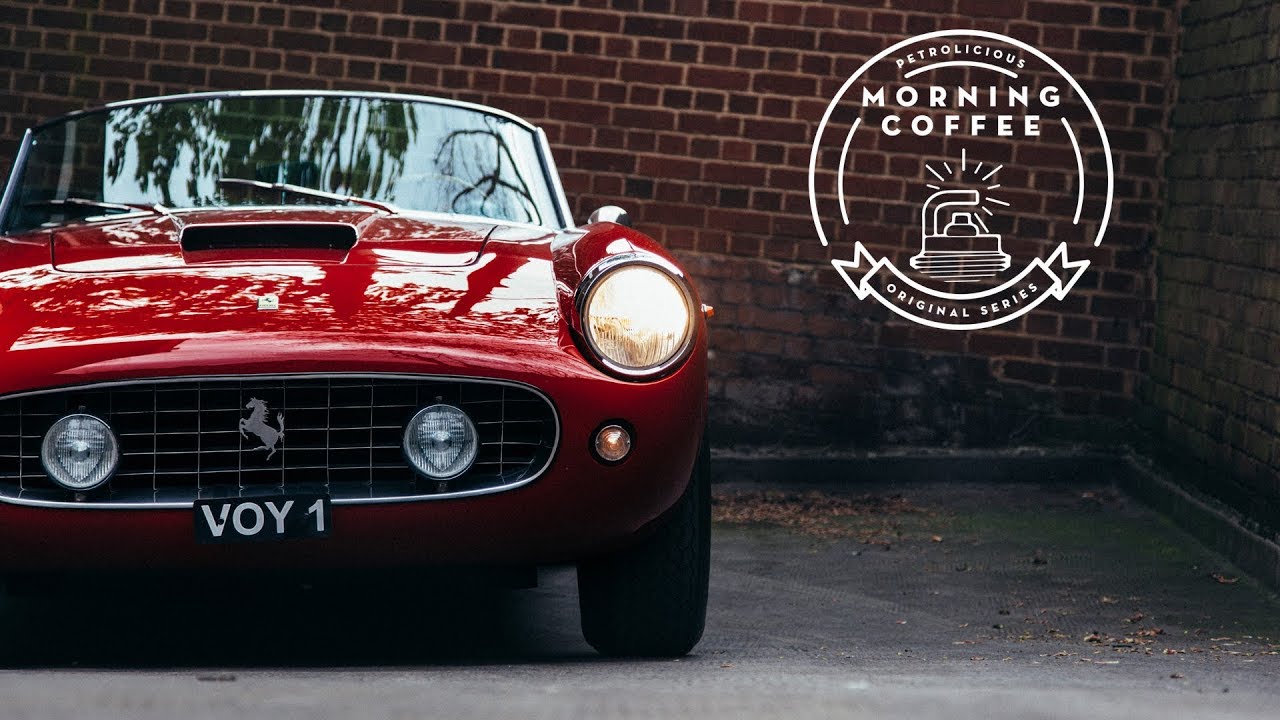 1961 Ferrari 250 California: A Drop-Top Espresso Shot. The Ferrari 250—pick just about any version—was the ultimate 1960s grand touring car and it was introduced to the world before that decade had even begun. More than half a century later its genetic code is still identifiable in today’s top sports coupes, but for this edition of Morning Coffee we’ve ditched the roof for a blast around Britain’s B-roads in a rare open-headlight version of the series II California Spyder. With a Tipo 168 3.0L V12 planted below the sultry length of the hood, four-wheel disc brakes, a shorter wheelbase and a wider track than its predecessor, later Sypders like this one owned by Hexagon Classics’ Paul Michaels offer the strongest cocktail of classic front-engined Ferrari performance and Italian coachbuilt style from the house of Scaglietti. If you’ve had your espresso already, here’s the second shot.