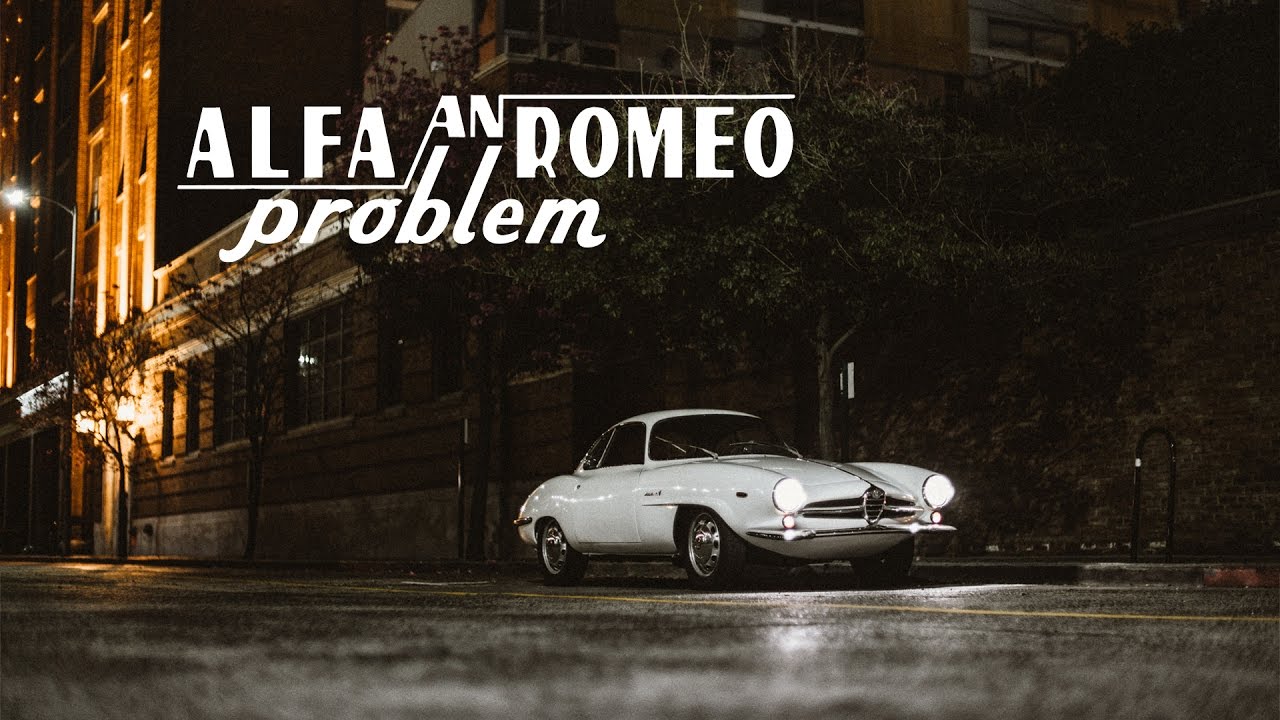 Mr. Drive Tastefully himself opens up to reveal what propels his passion for the marque: an almost dire desire to research, learn, seek out, collect, and—most importantly—drive vintage Alfa Romeos. But Afshin wasn’t always an Alfista, confessing his attraction toward the Italian marque wasn’t his first love.

“I was always into the more obvious cars—BMWs, Porsches, Ferraris,” admits Afshin, “I didn’t really discover the marque [Alfa Romeo] in its true sense until, I think, I was twenty or so.” Shortly after acquiring his first though, an ‘86 Spider, the ownership experience piqued his curiosity for the carmaker, and sparked the beginning of a long love affair with the manufacturer’s illustrious past.

“Naturally, as with anything, if I get a new toy or if I discover a new hobby, etcetera, I kind of get obsessed and want to know as much about it as possible,” Afshin states in your typical gearhead logic. What really lured him in was the rich history and significance in motorsports, noting, “The lineage that it has, the models, and the people who raced for it and things like that, it just blew my mind. I said, ‘How the hell did I not know about Alfa Romeo before this?’”

Of course, it didn’t take long for him to discover the extensive and undeniably impressive catalogue of beautiful classics Alfa has archived in its portfolio. The diversity in design caught Afshin’s attention on top of the racing endeavors: “All the top design houses from Zagato, to Pininfarina, to Bertone, to Ghia—they’ve all had some very interesting Alfa Romeos that they’ve designed. It was like discovering this whole world that I felt silly for not having known about before.”

In the process of discovering and admiring decades’ worth of Alfa automobiles, he learned of the Giulia Sprint Speciale, and the slippery Bertone-designed body paired with the Giulia running gear remains his favorite to-date. After the better portion of a decade spent keeping tabs on the market and perusing classifieds in search of an SS to call his own, Afshin noticed a spike in value: it was the time to buy.

After finally obtaining his beloved Gardenia White Sprint Speciale, Afshin says with a knowing smile, “From there, it went downhill very fast.” With an 8C, Giulietta Spider, and the SS in the stable, Afshin optimistically believed he’d be content with his treasured trio—that was, until he met a man who believed there was never enough Alfa.