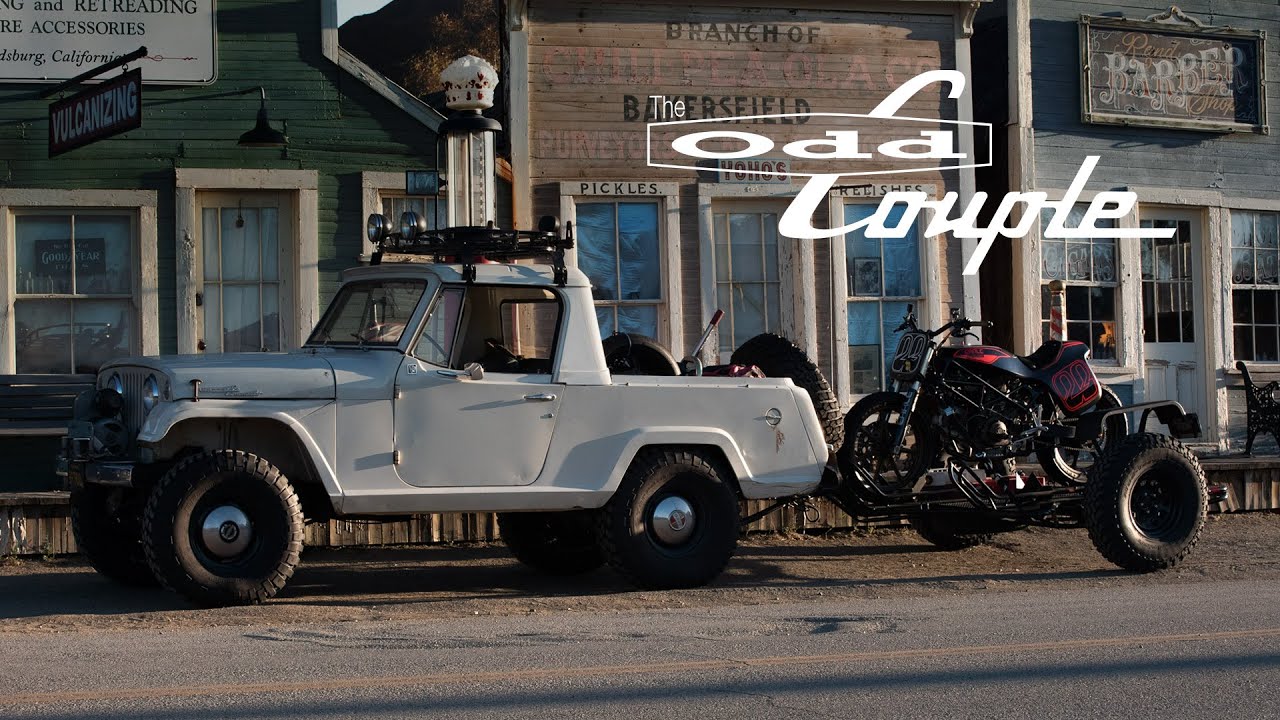 1967 Jeep Commando and 1994 Ducati M900 : The Odd Couple. Describing his 1967 Jeep Commando as a “survivor [he] came-across,” and himself as its caretaker, Alex Earle has a duty-of-care to the vehicles in his custodianship many would envy.

Proof that if you see a car in the street that speaks to you you should always put a card on the windshield. Alex purchased the Commando in just such a way from a guy in Santa Monica, and then went about bringing it back to life. He also turned it into the perfect truck to haul around another of his mechanical passions, namely the 1994 Ducati M900 also featured in this week’s film.

Described by himself as a “volumetric study … far more akin to the design of a car,” and built up over a period of many years, Alex’ M900 would go on to inform his career when the company he worked for acquired Ducati, bringing full-circle one of his greatest passions in life: designing motorcycles.