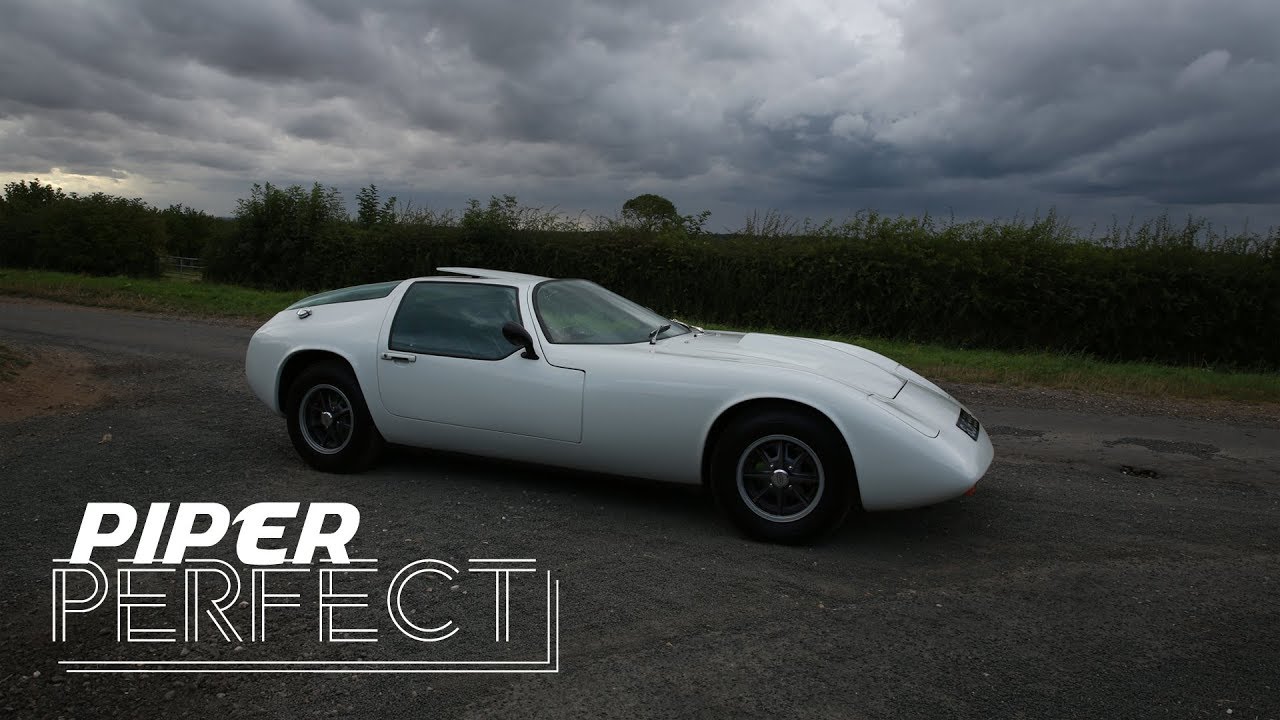 1972 Piper P2: One Man’s Legacy With A British Oddity. This week, Bill Atkinson takes us for a ride in his 1972 Piper P2 as he shares his history with the niche British marque.

Back in the ‘60s, Veteran Formula 3 works team leader George Henrotte owned a small outfit called Campbell’s Garage, which was located in the village of Hayes, in Kent, England. The determined privateer banded together with a small group of talented tinkerers, wrenches, and visionaries to create a bespoke performance machine of their own. By 1966, Piper Cars was formed and development of their prototype racing car began.

Soon after, a group of club racers convinced Piper to produce a GT-style sports car. Piper built a car in response, which gained traction by 1967, showing some promising demand for small-batch production. Made-to-order with a number of powertrain options, the sleek, low-slung, and lightweight fiberglass-bodied machine caught the attention of Brian Sherwood, a club series racer. He saw serious potential in the little GT, and quickly got involved with Piper Cars. It didn’t take long before Brian was put in charge of overseeing the production car segment of the company.

Around this time, Bill Atkinson, the owner of the car in the film, recalls, “In 1968, I had a Rover 2000 and I decided I wanted a bit more performance from it. At the time, the only people in the country who could do head work on the car to improve performance was Piper Cars.” After hitting it off with Brian Sherwood, Bill reminisces, “At that time, I saw the Piper GT body and thought, ‘What a wonderful thing.’ I’d never seen anything quite like it…quite as beautiful, I suppose.”

Infatuated with the project, Bill mentioned if the car were to make it to production, he’d be genuinely interested. Some time later, he received a letter from Brian Sherwood stating that the Piper, now named the GTT, was road worthy and available for purchase. Bill, keeping true to his word, made another trip to the Piper garage and placed an order, securing an early production GTT.

“I took the GTT back to the northeast,” Bill says, “And made some improvements to it. Mainly fit and finish, really.” Of surprise to no one, the fiberglass panel fitment wasn’t superb on the budget-built made-to-order sports car, but Bill worked his magic, massaging the bodywork until he was happy with the results. Later that summer in ‘69, Bill returned once again to the Piper garage, this time with his ironed-out GTT.

“Brian Sherwood was impressed with what I’d done to it, and he was looking for someone to look after that side of the business, and offered me a job,” Bill recounts. As acting Works Manager, the effort to improve quality fit and finish called for reworking of the molds and jigs. With Bill overseeing assembly and Brian backing the rest, Piper Cars seemed to be on the right track… until tragedy struck.

[16:14]
“I remember very well the last time I saw Brian. He was backing his Piper away from the front of the office… and I was waving him off. I can still see him waving through the green tinted windscreen,” Bill woefully remembers. At midnight, Bill received a knock on the door by fellow Piper employee and friend, Tony Waller. Reporting the most dreadful of news, Tony informed Bill there’d been a terrible accident, claiming Brian’s life. “Well, there aren’t any words. It was such a shock and such a great, great loss.”

Piper was down but not out. Bill teamed up with Tony Waller to form Emmbrook Engineering and shortly after picked up where the Piper production had left off. The Piper Phase 2, or P2 for short, was Bill’s revised version of the GTT. Although the profile silhouette and general aesthetics were carried over from the GTT, the P2 bodywork was greatly refined in addition to new lights, an extended overall length, and improved axle ratio gearing, to name a few changes.

Several P2 successor prototypes were fantasized about, but Bill states that “Nothing ever came of it because there was never any money to do it. Then we had to go on and spend our lives doing other things.” Piper fizzled out and Bill eventually sold his personal P2 to pay for family expenses. His firstborn was on the way. Then, miraculously, in 1989 Bill received a phone call from a renowned Piper restorer who just so happened to stumble upon Bill’s old P2. Tired and in need of a full restoration, that didn’t matter much to Bill, and a deal was struck; his P2 would once again be his P2. Bill had the car mechanically refreshed and handled the bodywork himself—after all, he was the man originally hired for quality control all those years ago.

With the perfected Piper home again, Bill says, “I think the most important and interesting thing about the car, to me, is that it’s been such a big part of my life. I was a young man working in the northeast of England, drove down to the south of England to have some work done on my car, saw an early [Piper] body, and that journey changed the whole course of my life.”