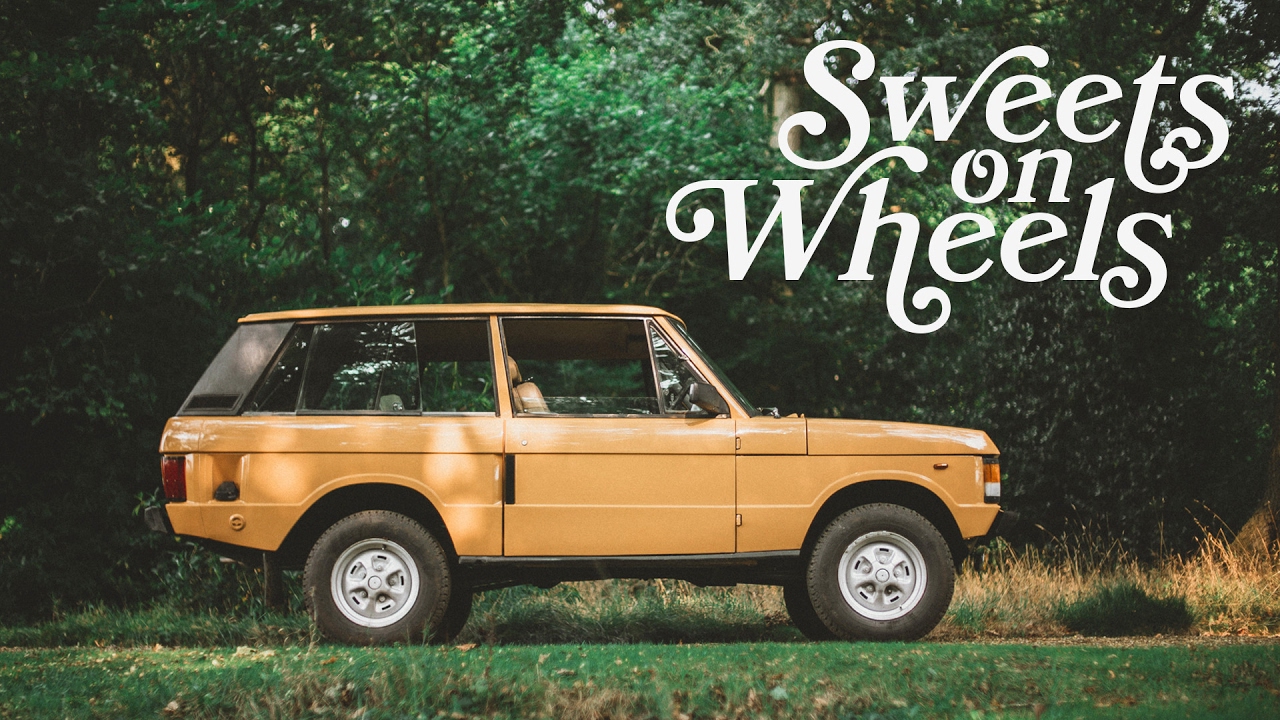 1981 Two Door Range Rover – Sweets On Wheels. This week we take a ride in Englishman John Holland’s Sandglow colored 1981 Range Rover through the rural lush greenery just outside of Worcestershire.

John took a liking to the old British off-roaders after getting to know a local retired military officer. The service member regularly drove grand excursions in his Range Rovers, which left an impression of adventure on John.

Inspired by the colonel, John couldn’t turn down the chance to acquire the gentleman’s Range Rover when the opportunity arose. “Once I’d driven it and used it, even though it ate petrol, it just consumed petrol, it was so much fun to drive.”

Hooked on the driving manner, John blames his Landy love affair on the veteran service member. “I owe a lot to that guy because he was the inspiration for owning a Range Rover—for wanting to drive a Range Rover.” Smitten with his handsome stable chariot, John reflects on the truck’s finish.

“I tell ya, it’s a curious color,” John notes on the pale mustard hue. “It’s definitely one thing, it’s a color that seems to grow on people.” A tone derived from the Camel Trophy entrants, there’s a unique way the Sandglow paint works over the simple two-box designed classic—a perfect pairing on this motorcar.

The magic in the machine’s honest, utilitarian shape and character has kept John committed in driving Range Rovers, in spite of their temperamental tendencies. “There are some times that car can be an absolute pain in the neck, but you’ve got to just balance that out with the pleasure it gives in terms of driving it, owning it, and enjoying it. So, that’s why I’m going to keep driving a Range Rover, an old Range Rover.”