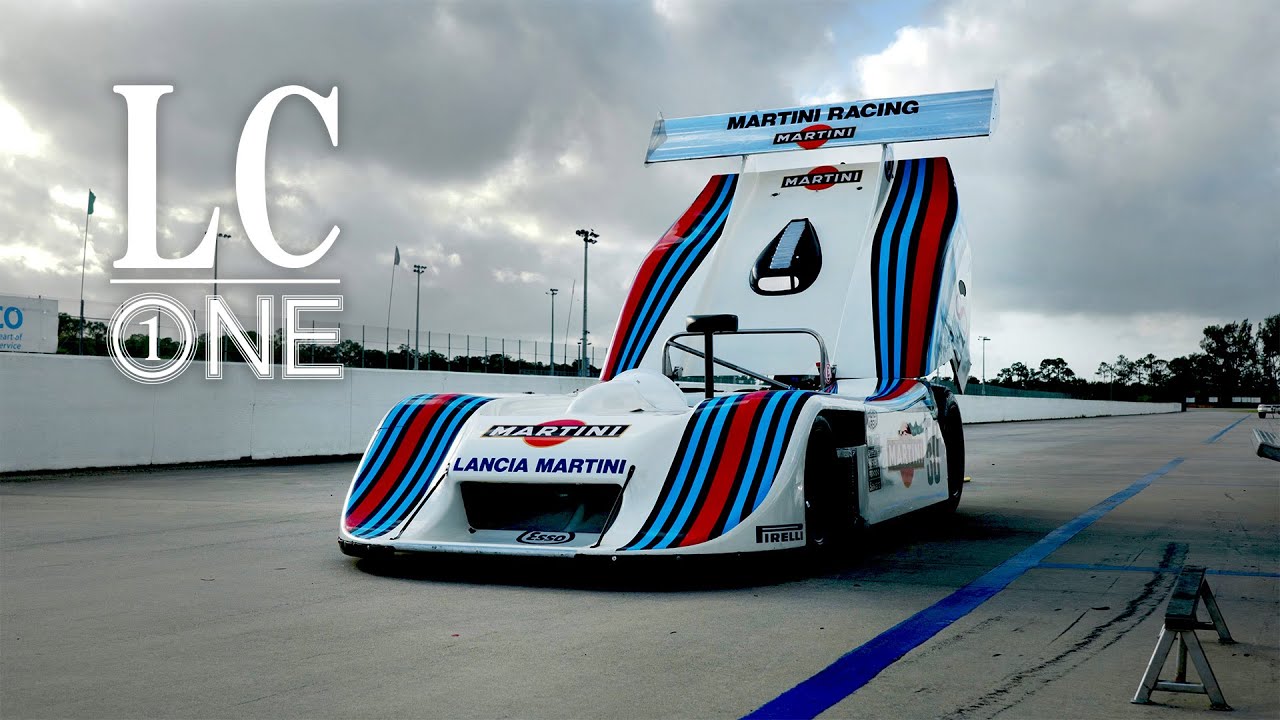 1982 Lancia LC1: The Ephemeral Endurance Racer. John Campion as about as cool as car collectors come. He has immense respect for the cars he owns, as well as for the drivers, engineers, mechanics, and directors who were involved with racing them in period. A fan of Lancia in particular, John was happy to share another piece of Italian motorsport history with us in this week’s film. Namely, this Martini-striped Lancia LC1.
In racing lore Lancia is best known for its ability to consistently win in the WRC from the 1970s until the 1990s, but just before they really got going in Group B rallying in the 1980s with the 037 and the infamous Delta S4, the Italian marque was also doing quite well for itself in circuit racing. After winning the overall championship for makes in sports car racing in 1980 and 1981, Lancia evolved its successful Beta Montecarlo “silhouette” race car into a full-on Group 6 prototype called the LC1. It wasn’t to last long however, as Group C rules took over and made the LC1 ineligible for the manufacturers’ title. This week in Made to Drive, join us and John Campion as we go through the history of this unique race car and give it some on-track exercise at Palm Beach International Raceway.