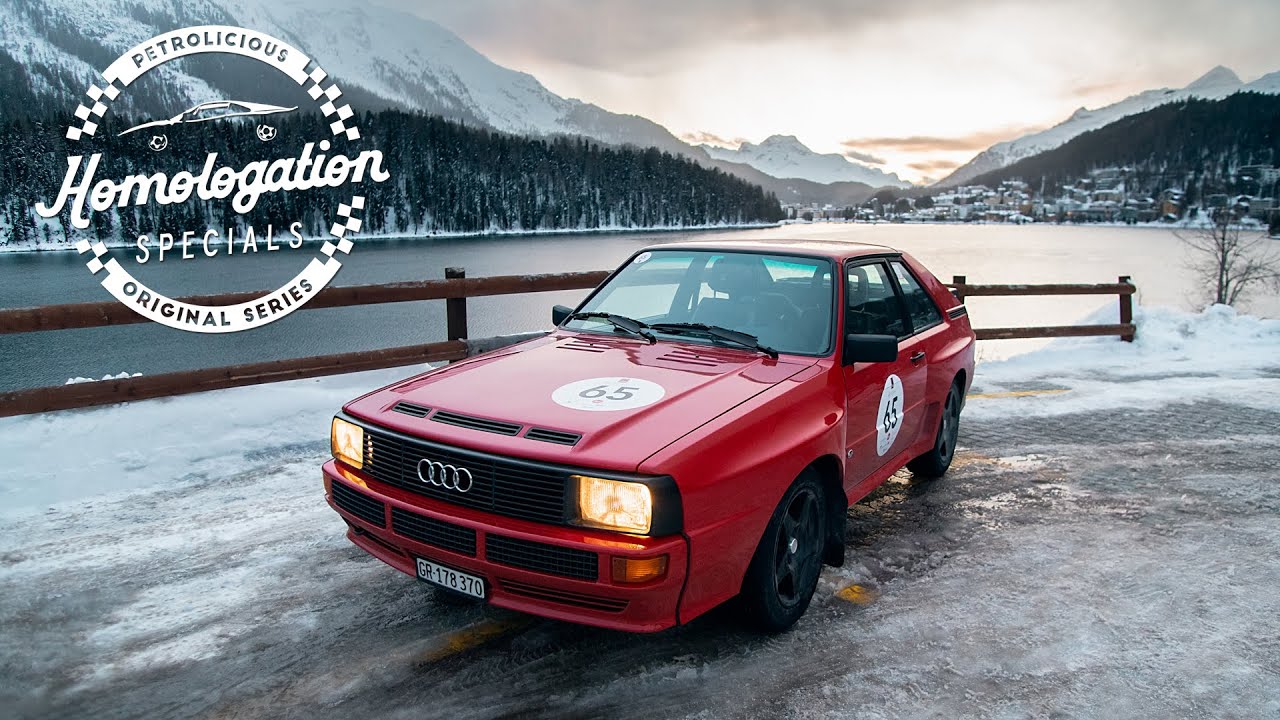 1985 Audi Sport Quattro: The Group B Homologation Special. In Austria in 1980, just a year after four-wheel drive cars became eligible to compete in the WRC, Audi debuted the first Quattro rally car and forever changed the sport. Over the next half of the decade (and onwards, if you count the Pikes Peak specials), these Audis would be subjected to a period of rapid iterative evolution that led to the short-wheelbase Sport Quattro models that helped define the infamously fast and dangerous era of Group B rallying.

The relatively lax nature of the Group B regulations gave rise to a number of downright ferocious cars from Audi’s competitors (most notable being Lancia and Peugeot), and while it was not the most successful nor technologically advanced of these top tier cars by the end of the Group B era, the Sport Quattro is a worthy poster child for the lot of them—being first to the punch has its advantages.

The advent of the Group B class provided manufacturers with practically every leeway imaginable given they adhered to a basic set of limits on the car’s engine capacity, track width, and weight, but in order to race these monsters they had to produce 200 versions for the street.

The result of this requirement was a group of legendary homologation specials like the Lancia 037, Lancia Delta S4, MG Metro 6R4, and Peugeot 205 T16. Audi’s contribution to this lot was the Sport Quattro road car, a 300-horsepower box-flared rally weapon with license plates. In this week’s film we’re joining our host Sam Hancock for a tour through the history of Audi’s paradigm-shifting rally program in the 1980s, as well as through the Swiss Alps behind the wheel of a homologation special that lives up to its purpose.