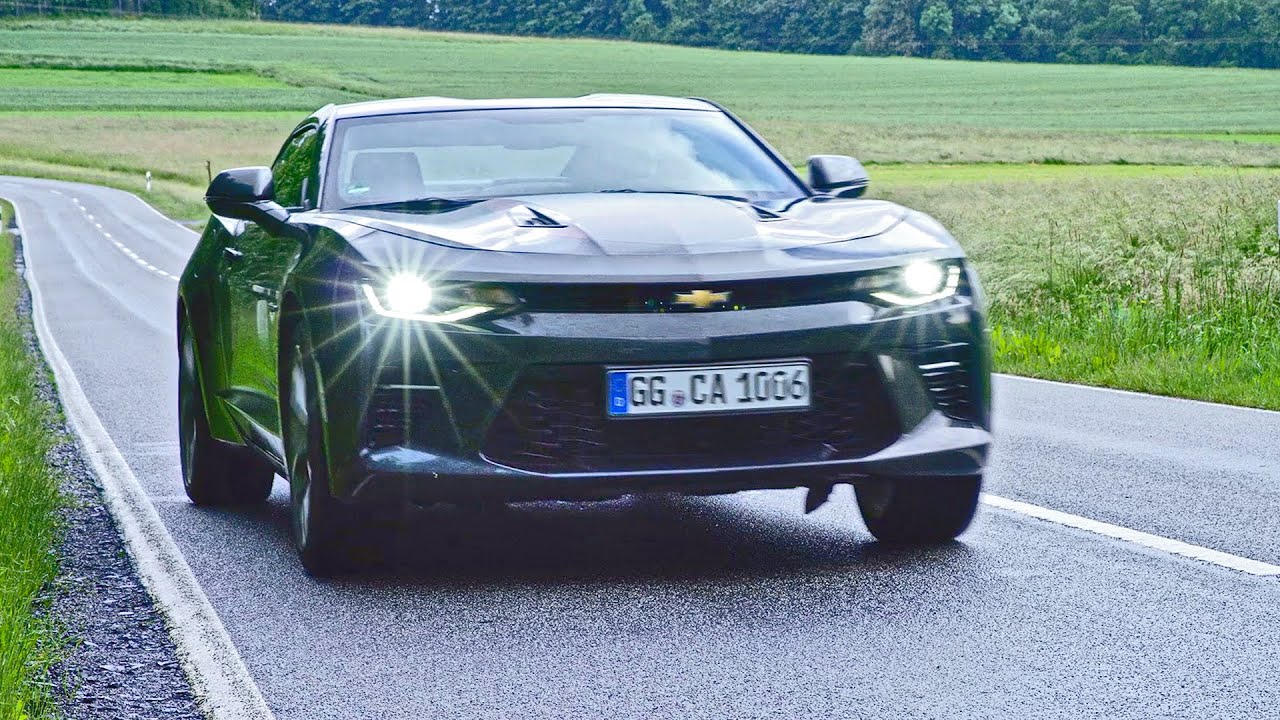 2016 Chevrolet Camaro 2SS 50th Anniversary Edition (European version). At the Geneva Motor Show 2016, Chevrolet revealed an all-new sixth-generation of the Chevrolet Camaro to the European public. With higher levels of performance and technology, lots of interior and exterior refinements, as well as a smaller and lighter architecture, the Camaro is one of the world’s finest driver’s cars. It’s no wonder that the new Camaro is the 2016 Motor Trend Car of the Year.

The 2016 Camaro provides a faster, more nimble driving experience, enabled by a lighter architecture and a broader powertrain range. Included in this is the first-ever Camaro Turbo engine package, with a new 2.0L turbo at 275 hp (202 kW) and 400 Nm – and which delivers 0-100 km/h (0-62 mph) acceleration in less than six seconds. Even with all this, the new Camaro is the most fuel-efficient ever.

In addition, Chevrolet presents the most powerful Camaro V8 ever, with a new 6.2L LT1 direct-injected Small Block V8 rated at 453 hp (333 kW) and 617 Nm of torque. For the first time, Magnetic Ride Control active suspension is available for the Camaro V8 and costumers can apply an Active Fuel Management (cylinder de-activation technology) for the Camaro V8 Automatic, allowing the car to achieve 25% better fuel efficiency than the previous generation.

The LT1 engine is available with a standard six-speed manual transmission – with new Active Rev Match technology that “blips” the throttle for perfectly timed downshifts – or the Hydra-Matic 8L90 paddle-shift eight-speed paddle shift automatic. When equipped with the eight-speed paddle shift automatic the Camaro V8 is capable of sprinting from 0-100 km (0-62 mph) in just 4.4 seconds.