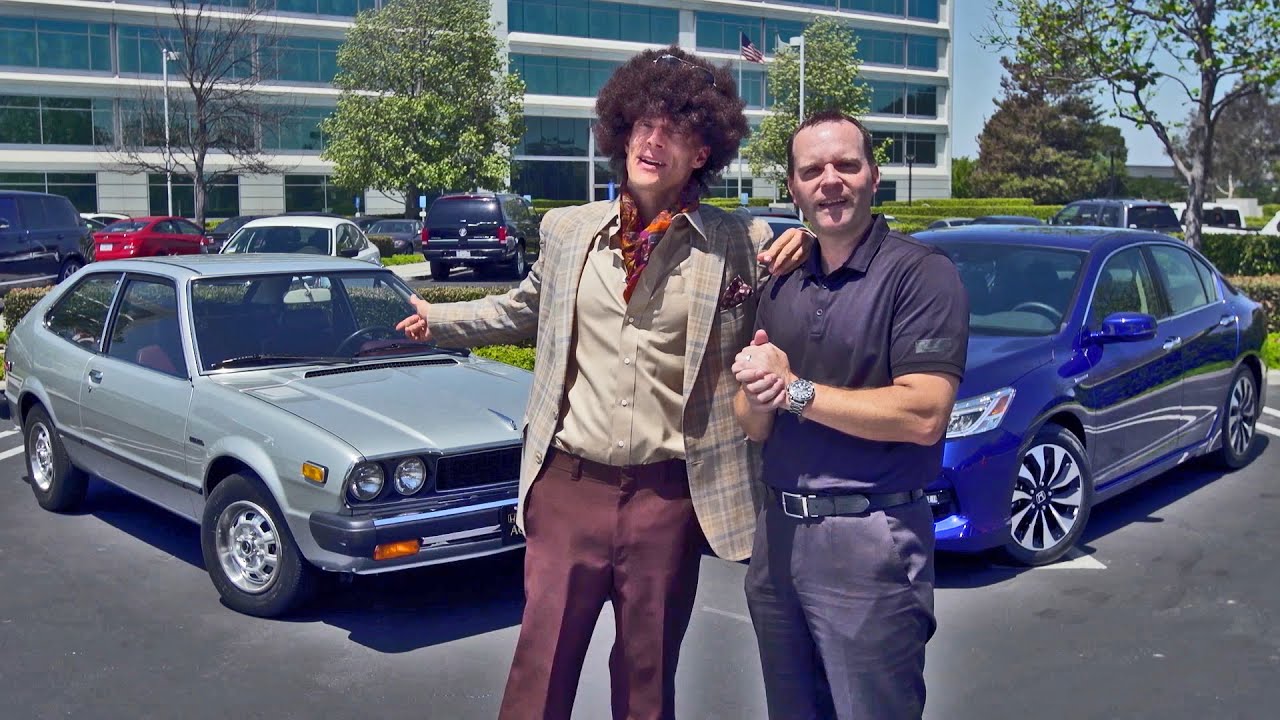 2016 Honda Accord vs. 1976 Honda Accord. Honda celebrates four decades of Accord – America’s best-selling car over the past 40 years

In June 1976 Americans were gearing up to celebrate the Bicentennial and pick a new President, singing along to the number one song on the radio, Silly Love Songs and paying just 59 cents for a gallon of gas. Along came the Honda Accord, a fun and fuel-efficient three-door hatchback, beginning a four-decade long American success story.

Over 40 years and nine generations, Accord has consistently set the benchmark for the U.S. auto industry, earning the trust of more American car buyers than any other car during that period – with sales of more than 12.7 million Accords, the vast majority produced in Honda’s U.S. plants. Through continuous improvement and innovation, Accord has earned a reputation as a segment-defining product, delivering class-leading reliability and durability with outstanding fuel efficiency and low emissions – along with refined and responsive driving dynamics and top-class safety performance.

Accord was the first Honda model and first vehicle from a Japanese automaker to be manufactured in America and has been in continuous production in America for nearly 34 years, since the start of Honda’s U.S. automobile manufacturing at the company’s Marysville, Ohio auto plant on November 1, 1982. Through the years, it also has been produced in the company’s plants in East Liberty, Ohio; in Birmingham, Alabama; in Alliston, Ontario, Canada; and in El Salto, Jalisco, Mexico. In total, Honda has produced more than 10.7 million Accords in North America for both local and global markets.

Accord was also the first U.S.-made automobile from a Japanese automaker exported overseas, beginning with the shipment of Ohio-made Accords to Taiwan in 1987, followed by the landmark export of the U.S.-made Accord Coupe to Japan in March 1988.