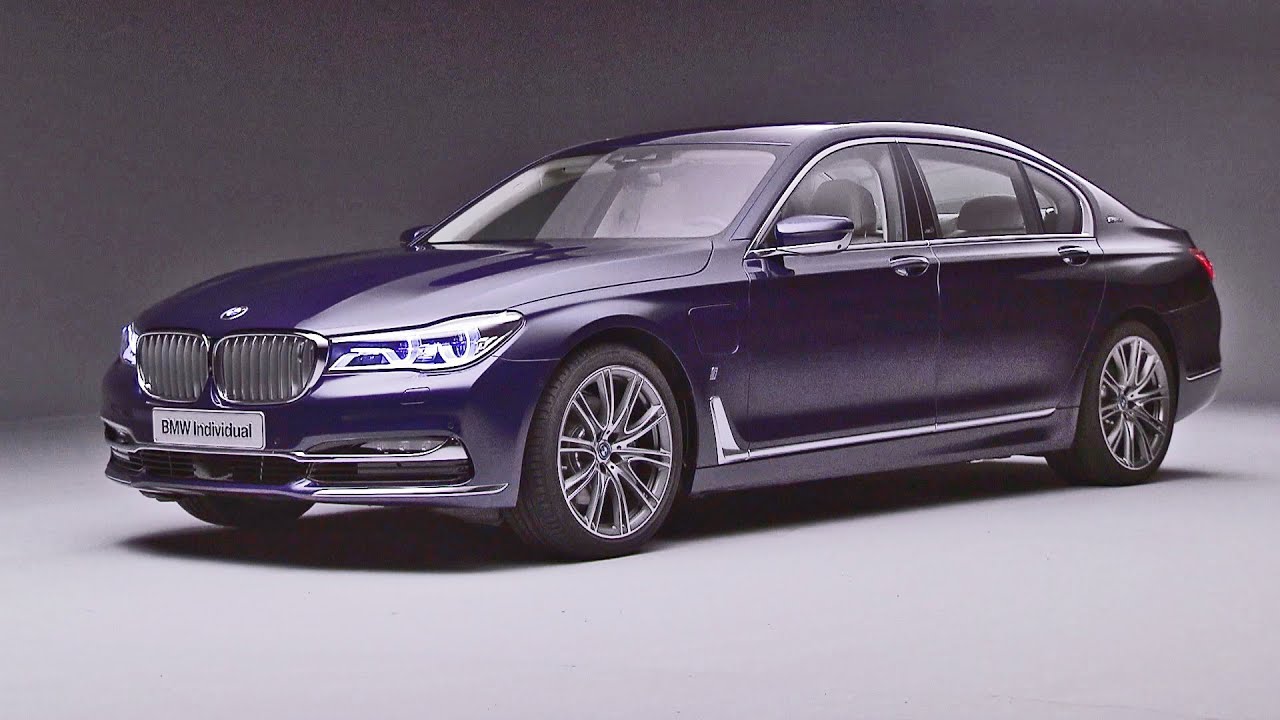 2017 BMW Individual 7 Series THE NEXT 100 YEARS. To mark the company’s centenary, BMW is presenting a centennial model that represents the historically evolved technological competence of the world’s leading manufacturer of premium automobiles and leads the way into the future of driving pleasure. The BMW 7 Series centennial model is being produced in a limited quantity and is available with three drive variants:

These BMW 7 Series centenary models combine the innovation, efficiency and dynamics of the luxury sedan with exclusive and harmoniously matching design and equipment features from BMW Individual.

The stylistically confident appearance of the “BMW Individual 7 Series THE NEXT 100 YEARS” is synonymous with supreme driving pleasure and exclusive travel comfort. This is ensured by the three engine variants available for the centennial model, which help each of the luxury sedans attain its very own characteristics. The choice of engine variants represents tradition, maximum performance and advancement in which the BMW Group’s worldwide unparalleled development skills in the field of drive technology is reflected. Moreover, the engines offered for the BMW 7 Series centennial models can be combined with the intelligent all-wheel drive system BMW xDrive, whose electronically controlled, variable and constant on-demand power distribution between the front and rear wheels provide for supreme traction, optimized directional stability and enhanced dynamics when cornering at high speeds.

The new 8-cylinder engine featured in the “BMW Individual 750Li THE NEXT 100 YEARS” (with xDrive) combines the latest version of BMW TwinPower Turbo technology with a construction principle that has a particularly long-standing tradition among power units designed for luxury sedans of the BMW brand. As early as in 1954, the BMW 502 was presented with a V8 power unit featuring a then revolutionary aluminium construction and a power output of 100 horsepower. The 4.4-litre engine delivers a maximum power output of 450 hp (330 kW) and maximum torque of 650 Nm. Acceleration from 0 to 100 km/h (0-60 mph) can be completed in 4.7 seconds (0–100 km/h: 4.5 s). Average fuel consumption is 8.3 litres per 100 kilometres and CO2 emissions 192 grams per kilometre.

The two other engine variants featured in the BMW 7 Series centennial models are due to be launched during the BMW Group’s anniversary year. The plug-in hybrid luxury sedan “BMW Individual 740Le iPerformance THE NEXT 100 YEARS” (“BMW Individual 740Le xDrive iPerformance THE NEXT 100 YEARS”), the BMW eDrive technology of which is based on expertise gained from the development of BMW i automobiles, will boast path-breaking efficiency. A four-cylinder petrol engine featuring BMW TwinPower Turbo technology and a synchronous electric motor deliver a total system output of 326 hp (240 kW).