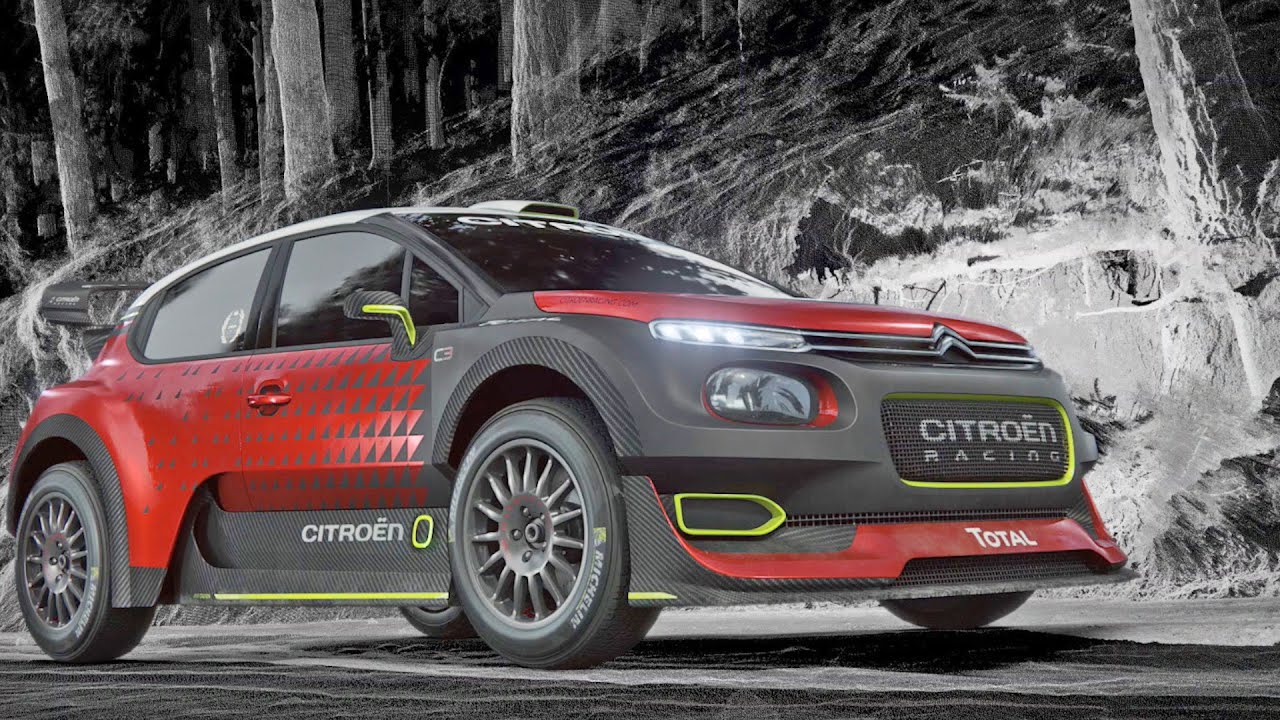 ► 2017 Citroën C3 WRC Concept. The new Citroën C3 WRC concept car hints at the intentions of the Citroën style centre without giving everything away about its final form. Based on the New C3, it retains all of its curves and fresh appeal. This ultra-sporty, brawny, and chiseled version incorporates the stylistic elements of the consumer version: a two-level illuminated logo, two-tone canopy and accents echoing the colors of the canopy. The exterior also stands out with a chassis 55mm larger than the New Citroën C3, affording greater aerodynamic freedom such as a spoiler for the front bumper.

Enhanced engine power to around 380 horsepower, mad possible in particular by enlarging the diameter of the turbo flange to 36mm.
Greater freedom with aerodynamics with a maximum width of 1875mm, a protruding front bumper and a rear bumper fitted with a diffuser.
An enlarged rear spoiler moved further back for even greater aerodynamic support.