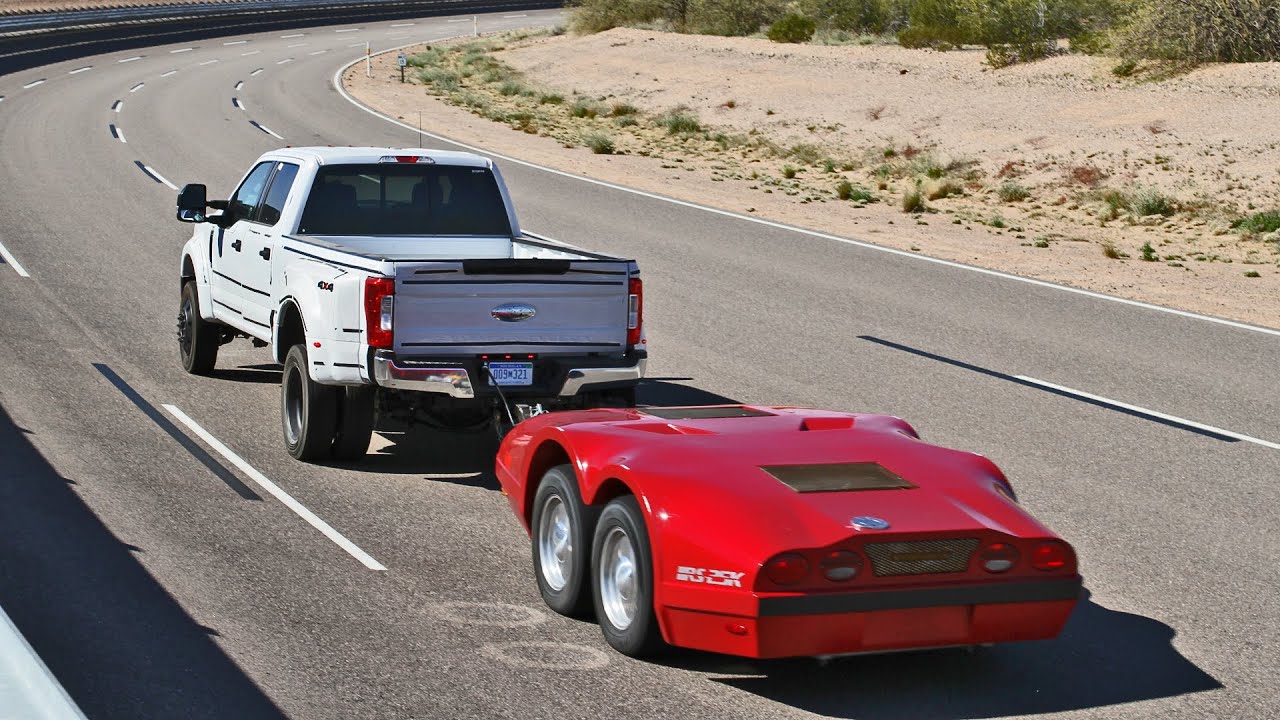 Traditionally, a dynamometer sled is attached to the vehicle hitch and pulled behind it. The old-style dynamometer did not challenge the power of the all-new Super Duty, so Ford set out to find a new, stronger dyno sled to test the vehicle’s mountain climbing capability limits.

The dyno simulates steep grades by providing pull against the vehicle, using a brake limiter – a series of electric coils wired together that are energized, acting like a large magnet. This drawbar pull against the truck mimics the effects of gravity while driving up an incline.

The new dyno is capable of a maximum drawbar pull of 5,620 pounds – a 181 percent increase compared with the 2,000 pounds from the previous dyno, allowing the new setup to simulate steeper hills.  A common simulated grade used for testing is approximately 7 percent, but the new towing dynamometer used at Ford’s Arizona Proving Grounds can simulate up to a 30 percent grade.

The equipment allowed Ford engineers to virtually test the all-new Super Duty on Davis Dam and Townes Pass – all without leaving the proving grounds. Testers upload the profile of the hills to the dyno and it adjusts to the correct grade, allowing for the truck to be tested in a variety of conditions to ensure performance regardless of environment.

Townes Pass, the other hill engineers use for testing, is approximately 16 miles long, featuring an average grade of 5.1 percent and a maximum grade of 10.1 percent.

Davis Dam is so effective for testing vehicle capabilities that the Society of Automotive Engineers incorporated the grade of the hill into its test standards. Being able to test on this grade without having to make the trip to the real hill in Bullhead City, Arizona, expedites testing, and helps Ford engineers ensure that the all-new Super Duty will deliver the performance owners expect from their heavy-duty Built Ford Tough truck.