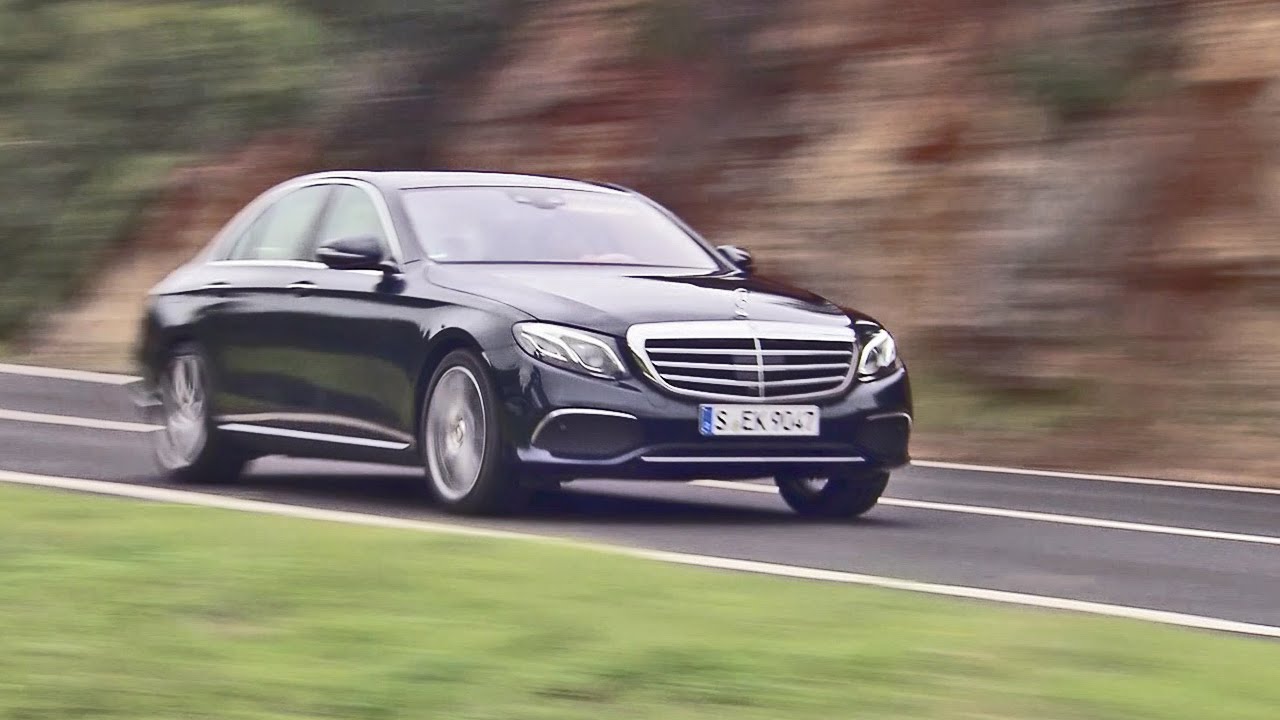 2017 Mercedes E 220 d Exclusive. The new Mercedes E-Class will come with a choice of two engines at market launch: the E 200 with a four-cylinder petrol engine and the E 220 d with an all-new 4-cylinder diesel engine.

The new 4-cylinder diesel unit marks the birth of a new Mercedes-Benz engine family and opens up new dimensions in efficiency. What’s more, it is shorter and more compact than its predecessor thanks to reduced cylinder spacing (90 mm instead of 94 mm). Despite having a lower displacement than its predecessor, reduced to around two litres, the new diesel powerplant has an output of 143 kW/195 hp and, when installed in the E 220 d, delivers NEDC combined consumption of just 3.9 litres per 100 kilometres, which equates to CO2 emissions of 102 grams per kilometre.

In addition to this, the four-cylinder unit is exceptionally refined. In its basic form it features single-stage turbocharging and variable turbine geometry. Both the cylinder head and the crankcase are made of aluminium. The Mercedes-Benz developed Nanoslide® surface coating efficiently reduces the friction between cylinder surface and steel piston.

All models available at market launch are equipped with the new 9G-TRONIC nine-speed automatic transmission as standard. It enables fast gear changes and allows low engine revs, which has a particularly beneficial effect on efficiency and noise levels.