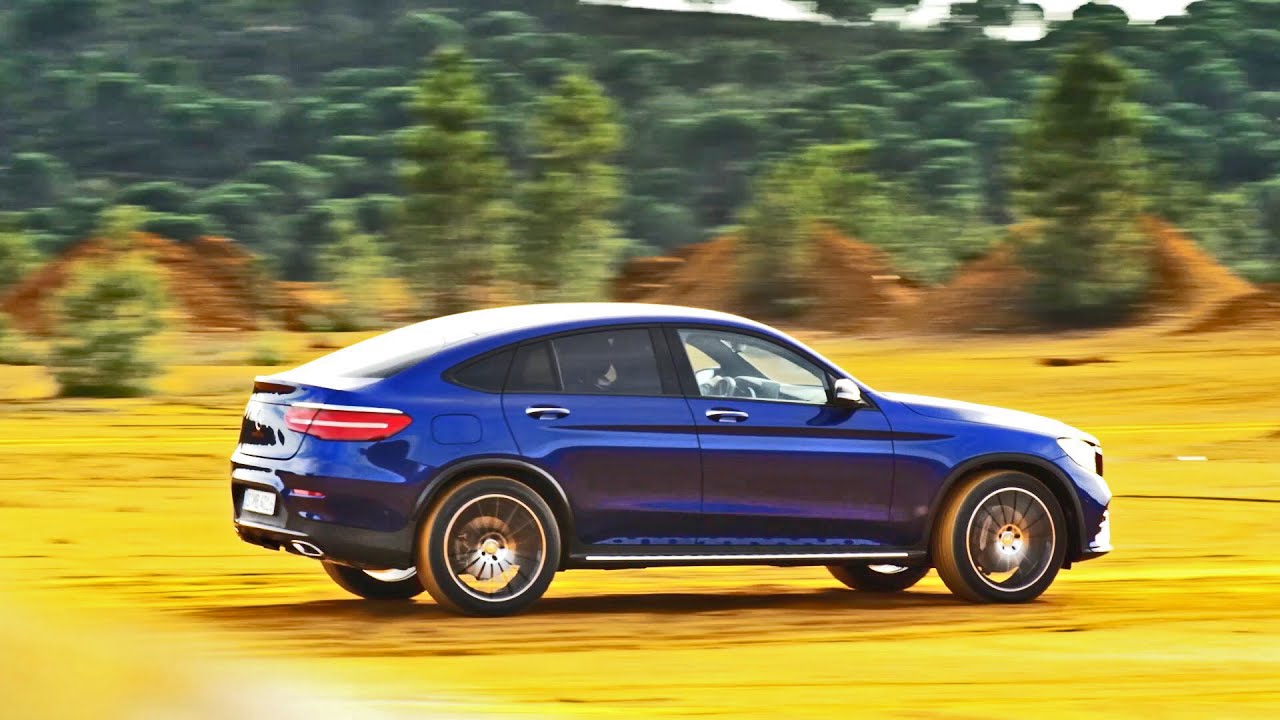 2017 Mercedes GLC Coupe – Official Trailer. With an exterior length of 4.73 metres, a height of 1.60 metres and a wheelbase of 2.87 metres, the Mercedes-Benz GLC Coupé is dynamic and compact in appearance. This makes the Coupé almost eight centimetres longer and some four centimetres lower than the GLC, with which it shares its basic architecture. The GLC Coupé owes its distinct character to a typically coupé-esque, single-louvred diamond radiator grille and a restyled, dropping roofline. The A-pillar is less steeply raked, while the continuation of the roof outline is lower, terminating in the elegantly flowing, muscular rear end typical of a coupé. The rear window dispenses with a wiper, as the airflow does not break away until after the spoiler lip, which means that water is unable to strike the rear window.