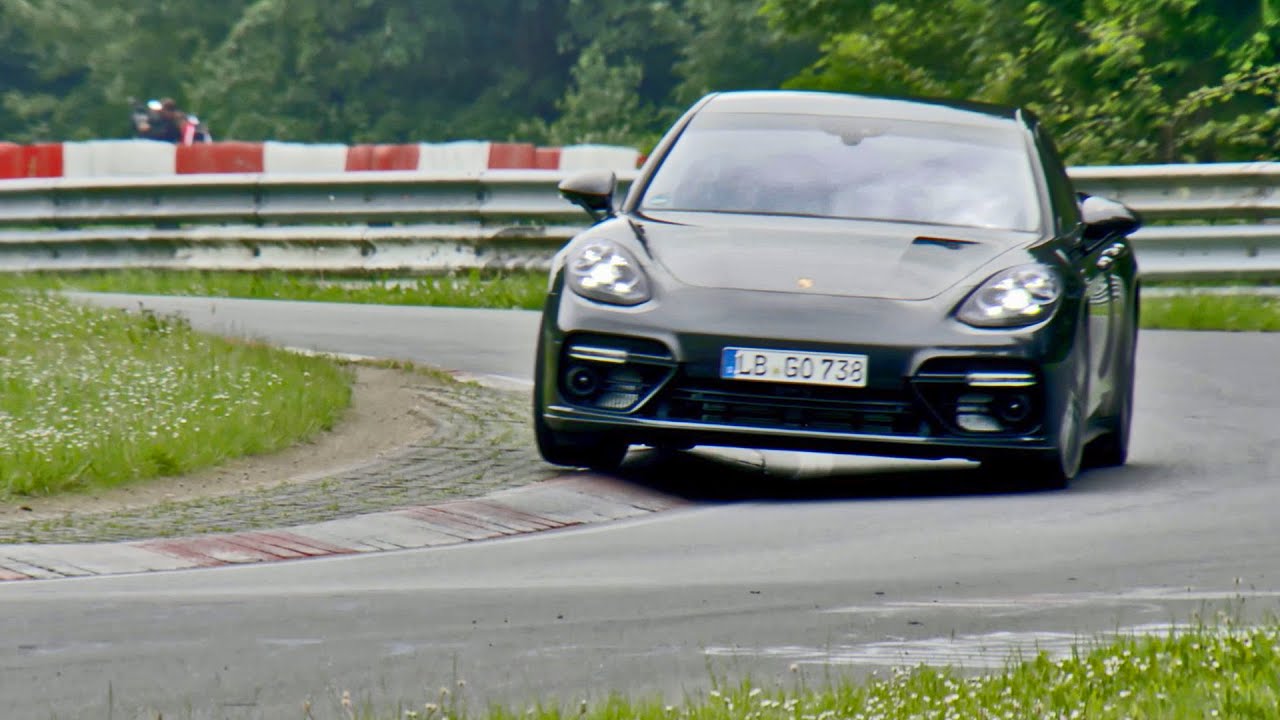 2017 Porsche Panamera Nürburgring Record Drive. Initially, the Porsche Panamera Turbo has the most powerful petrol engine of the model series. Its 4.0-litre biturbo V8 develops 550 horsepower / 404 kWat 5,750 rpm and a maximum torque of 770 Nm between 1,960 and 4,500 rpm. It has 30 hp more power than the previous model, and its maximum torque has been increased by 70 Nm. The eight-cylinder engine accelerates the Panamera Turbo to 100 km/h (62 mph) in 3.8 seconds; with the Sport Chrono Package the sprint time is just 3.6 seconds. The Porsche can reach a top speed of 306 km/h (190 mph). These are impressive figures that illustrate just how easily the engine can propel the Panamera with its power-to-weight ratio of just 3.6 kg/hp.

Porsche uses complex twin-scroll turbochargers to supply compressed air to the V8’s combustion chambers. The two counter-rotating chargers produce maximum torque figures at very low engine speeds. The Panamera Turbo is also the first Porsche to be equipped with the new adaptive cylinder control in its engine. In part-load operation, the system temporarily and imperceptibly turns the eight-cylinder into a four-cylinder engine. This reduces fuel consumption by up to 30 per cent, depending on power demand in the four-cylinder phases.
The 2.9-litre V6 biturbo engine of the Panamera 4S develops a maximum power of 440 hp/ 324 kW (20 hp more than the previous model); it is already available at 5,650 rpm. Between 1,750 and 5,500 rpm, the new six-cylinder delivers 550 Nm (30 Nm more) to the drive axles. The Panamera 4S can reach 100 km/h (62 mph) in just 4.4 seconds (4.2 seconds with the Sport Chrono Package). With a top speed of 289 km/h (179 mph), this Porsche also approaches the 300 km/h mark.

Like the eight-cylinder engine of the Panamera Turbo, the six-cylinder engine of the Panamera 4S also has petrol direct-injection injectors that are positioned in the combustion chamber. This injector position offers optimal combustion, maximum efficiency and very good engine response. The 4S and Turbo are also characterised by exceptionally full-bodied and authentic sound.