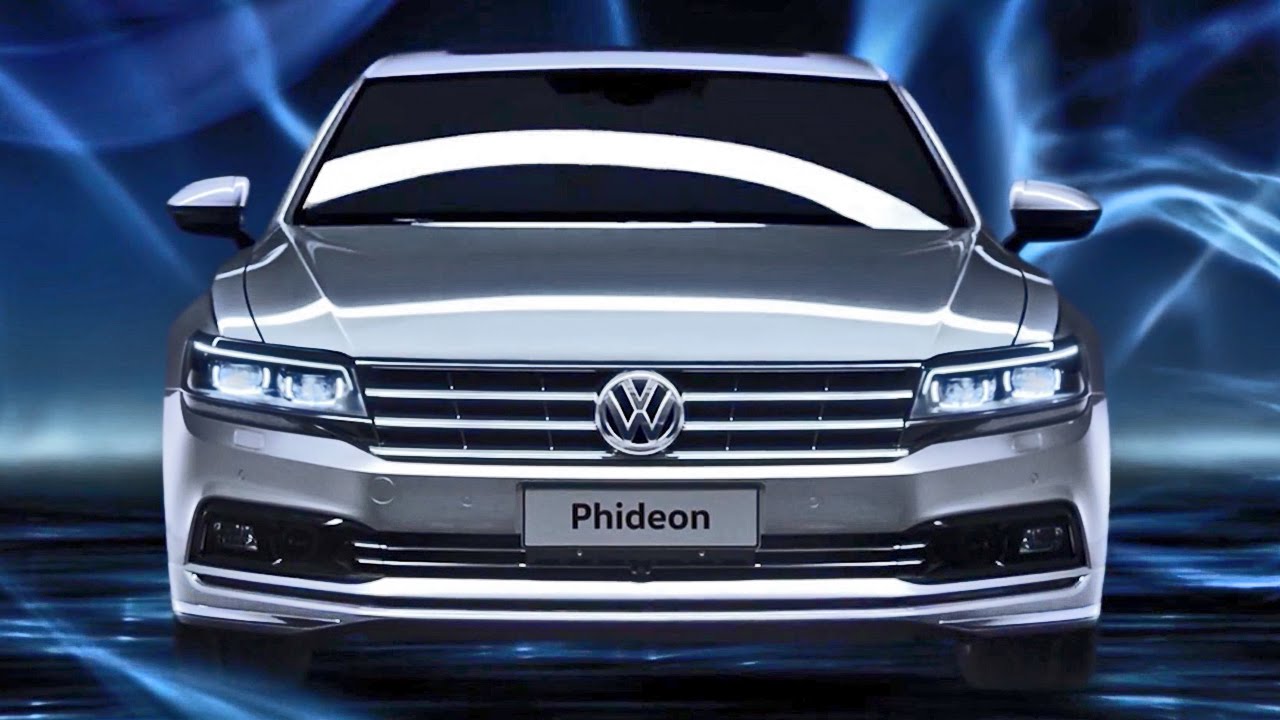 2017 Volkswagen PHIDEON – World Premiere. The all-new Volkswagen Phideon luxury saloon is making its global debut at the Geneva Motor Show. This innovative and luxurious four-door car is positioned above the Passat and the Magotan, which is available in China, and thus in the premium segment. The elegant new five-metre saloon will be launched on the Chinese market in the third quarter of this year. With the debut of the Phideon, which was developed and designed in Germany, Volkswagen is adding a crucial pillar to its model range. When designing this car, Volkswagen made use of the technical expertise of its Chinese partner, SAIC Volkswagen. Particularly its extensive experience when it comes to the wishes and requirements of customers went into the creation of this premium saloon. SAIC Volkswagen will also manufacture the new model.

The top-of-the-range model – the PPhideon 3.0 TSI 4MOTION, which comes with four-wheel drive as standard – is powered by a 3.0 litre V6 turbocharged direct injection petrol engine that produces 220 kW/300 PS. This efficient TSI develops maximum torque of 440 Nm. The new five-seater from Volkswagen will also be available as a 2.0 TSI (with four-cylinder engines) with frontwheel drive. A model with a plug-in hybrid drive is also planned for the future.