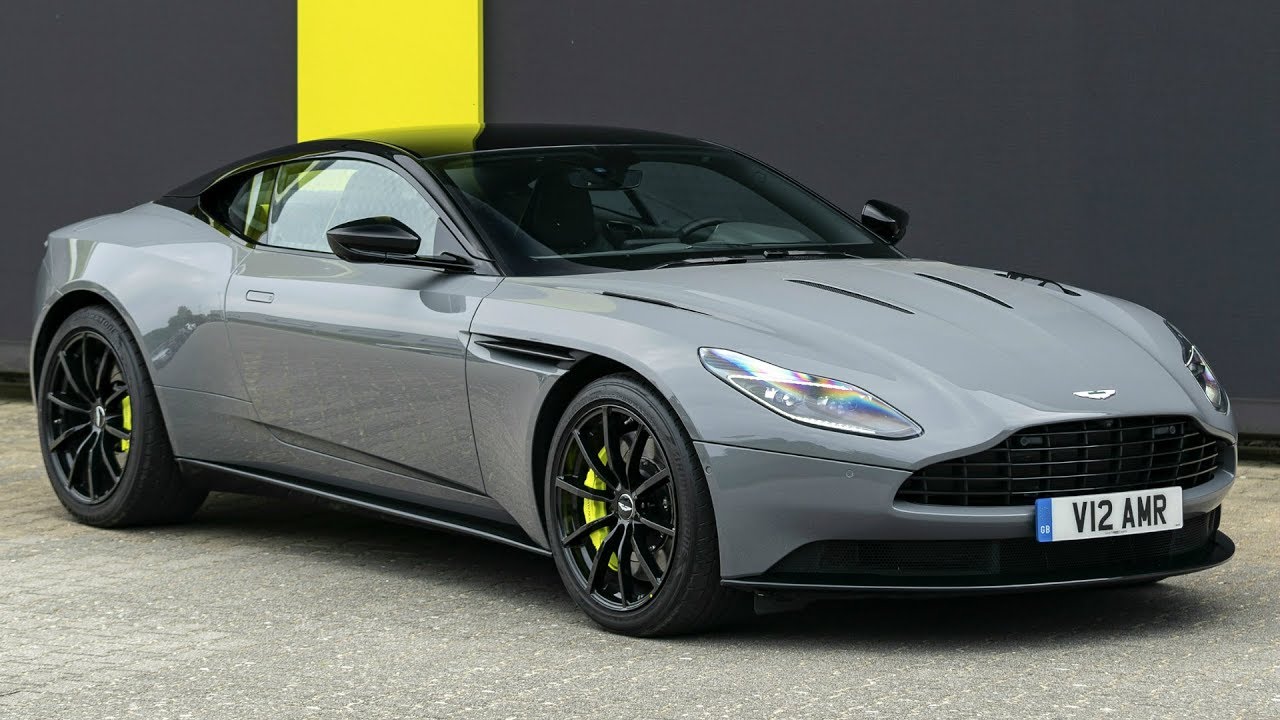 Aston Martin has brought a new dimension of race-inspired dynamism and performance to the DB11 family, with the introduction of the new DB11 AMR, launched today at the opening of the new Nürburgring-based AMR Performance Centre.

Replacing the outgoing V12-engined DB11 as the new flagship of the DB11 range, the DB11 AMR boasts greater power, increased performance, enhanced driving dynamics and a more characterful exhaust note, together with a suite of exterior and interior enhancements. Together they create a DB11 that offers a more vivid driving experience, yet preserves the maturity and effortless continent-crushing GT performance for which the original V12-engined DB11 is rightly renowned.

AMR – inspired by Aston Martin Racing’s successful endurance programme – pushes the envelope of performance for each model in Aston Martin’s range. Launched at the Geneva Motor Show in 2017, the performance derivative has already delivered the previous-generation Vantage AMR and AMR Pro, with the highly-anticipated Rapide AMR forthcoming.

At the heart of the DB11 AMR is Aston Martin’s twin-turbocharged 5.2-litre V12. Now developing 630bhp, this gives the DB11 AMR an additional 30bhp compared with the outgoing DB11 V12, and 127bhp more than the V8-engined DB11. Torque remains unchanged at 700Nm. A 0-62mph time of 3.7sec is an improvement of 0.2sec over the outgoing model while a top speed of 208mph makes the DB11 AMR one of the world’s swiftest GT cars and the fastest model in Aston Martin’s current series production range.

Striking the perfect balance between excitement and refinement, the handling of DB11 AMR has been refined by Aston Martin’s skilled dynamics team, led by Chief Engineer Matt Becker. Their work has delivered a greater sense of connection without harming the supple ride. Similarly, a new shift calibration for the transmission and a slightly more vocal exhaust note ensures the DB11 AMR expresses its character more explicitly when Sport mode is engaged.

Aston Martin President & Chief Executive Officer, Dr Andy Palmer, said of the DB11 AMR: “Since its initial launch back in 2016 the DB11 range has matured rapidly and intelligently, selling close to 4,200 V12 examples in that period. With the exceptional V8 Coupe and Volante we felt the V12 could reveal more of its sporting potential, while remaining the consummate GT. By applying a suite of carefully considered performance and styling enhancements the DB11 AMR is both faster – 208mph! – and more precise. It’s a combination that engages and cossets in equal measure to create a dynamic and seductive new flagship for the DB11 range, while consolidating the existing V12-powered DB11s as future collectibles”.

Visually the DB11 AMR is distinguished by a co-ordinated palette of exposed carbon fibre and gloss black detailing that unites the exterior and interior treatment. On the outside all brightwork has been given a monochrome treatment: dark headlight surrounds and smoked tail lamps complimented by dark front grille and tailpipes; gloss black roof, roof strake plus side sills and splitter offering a subtle contrast with the exposed weave of the carbon fibre hood blades and side strakes. The dark theme continues inside, with monotone leather and alcantara upholstery and a bold contrasting central lime stripe, while DB11 AMR is treated to a leather sports steering wheel as standard.

In addition to the extensive choice of standard colour and trim options, the DB11 AMR is available in three Designer Specifications, plus an exclusive AMR Signature Edition, which carries a striking Stirling Green and lime livery. With extensive carbon fibre detailing on the exterior, the inside is equally striking, with Dark Knight leather and Lime detailing, plus Satin Dark Chrome switchgear and Satin Carbon Fibre trim.