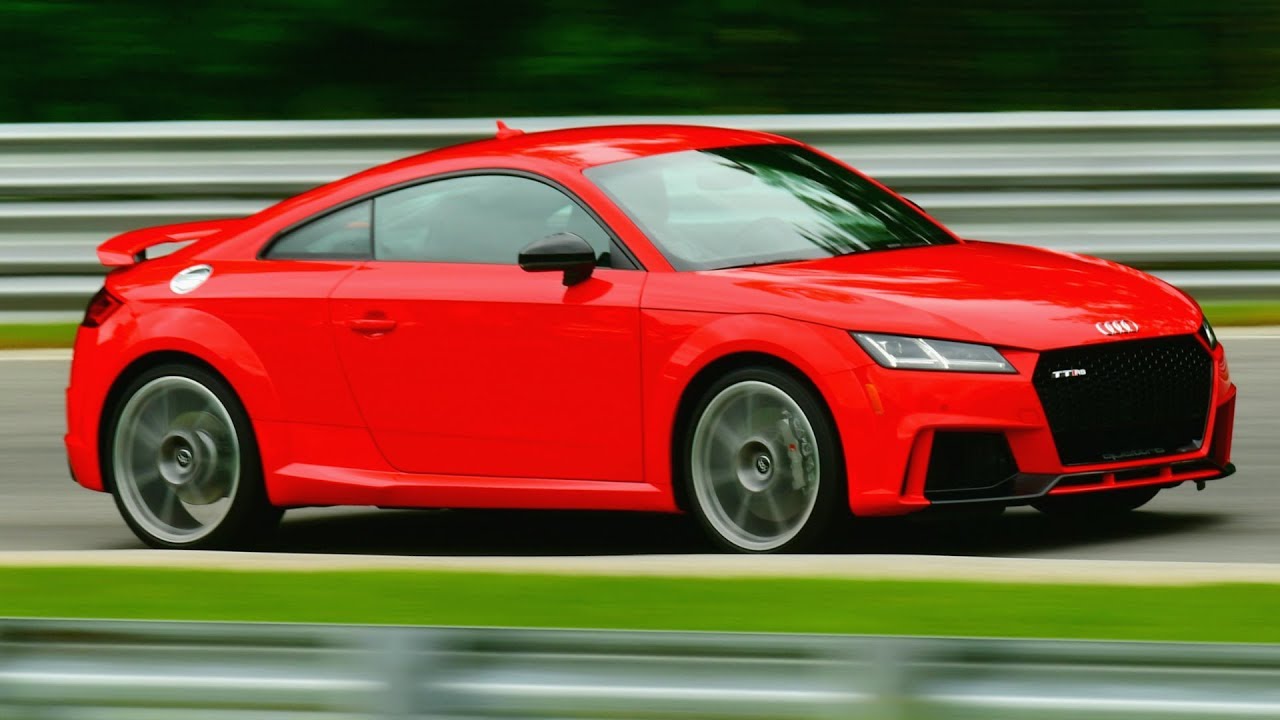 With an all-new five-cylinder engine delivering 400 hp and 354 lb-ft of torque, the all-new 2018 Audi TT RS is the most powerful production TT model Audi has ever produced. Joining the new Audi Sport model line, the 2018 TT RS will make its US debut at the 2017 New York International Auto Show.

Featuring a new 2.5-liter TFSI® engine, that delivers the distinctive five-cylinder sound that is unmistakably Audi and harkens back to the original turbocharged five-cylinder, the Audi Ur-quattro, the all-new 2018 TT RS joins the lineup of Audi Sport vehicles launching this spring. As with any vehicle that bears the RS badge, the TT RS is the most powerful production TT ever produced, boasting impressive driving dynamics and unmatched performance coupled with RS specific design differentiators. In addition, the TT RS features standard quattro® all-wheel drive, the legendary technology that was once a dominant force in the World Rally scene and that has earned the Audi brand many triumphs in motorsport at racetracks worldwide.

More powerful than its predecessor, the all-new 2.5-liter TFSI® five-cylinder engine delivers a class-leading 400 hp and 354 lb-ft of torque to the front and rear wheels. With lightweight aluminum construction, engineers were able to reduce internal friction and increase power delivery. As a result, the engine’s maximum torque is available between 1,700 and 5,850 rpm.

At less than 20 inches in length, the 2.5-liter engine is extremely compact and is 57 pounds lighter than the previous generation. The upper portion of the oil pan is made of magnesium while the engine block is made of aluminum, saving more than 40 pounds. The engine also has a completely new crankshaft which is lighter and smaller than its predecessor.

A traction control system, specifically calibrated for the TT RS, manages distribution for maximum acceleration with minimal slip. As a result, the TT RS sprints from 0 to 60 mph in a class-leading 3.6 seconds, faster than any other TT model, and achieves a top track speed of 155 mph, or increased to 174 mph with the optional Dynamic plus package. That acceleration is accompanied by the distinctive five-cylinder sound as it passes through the RS exhaust system to the two large signature oval tailpipes or the optional RS sport exhaust with black oval tailpipes. The unique 1-2-4-5-3 ignition sequence, which allows the ignition to alternate between adjacent cylinder and those further apart, gives the TT RS its own special rhythm.

The gas exchange of the five-cylinder is designed for high throughput. The large BorgWarner turbocharger forces the intake air into the combustion chambers at up to 1.35 bar (19.6 psi). On the exhaust side, the Audi valvelift system (AVS) changes duration of valve opening depending on the throttle and engine speeds. In addition, a new dual-injection fuel system combines the benefits of indirect and direct injection and uses an intelligent engine management control unit to help optimize fuel injection and distribution based on engine load.