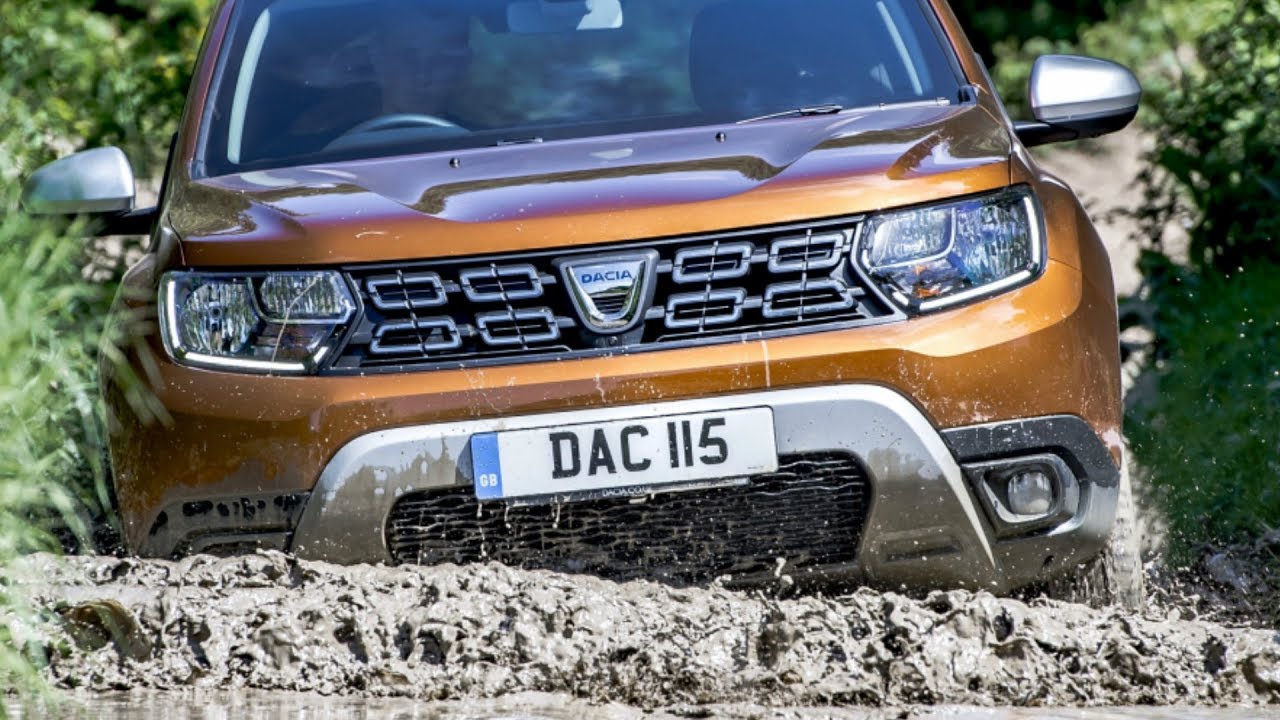 The All-New Duster carries over the same off-roading credentials that helped to make the previous model such a success. Although visually a much more imposing car, the All-New Duster offers dimensions close to those of its predecessor:
• 4.3 metres long and 1.8 metres wide
• High ground clearance (210 mm)
• Approach and departure angles of 30 and 33 degrees respectively for genuine off-road capability
• Hill Descent Control and Hill Start Assist make driving easier on sloping terrain
• For off-road enthusiasts, the 4X4 monitor incorporates a compass and notifies the driver of the vehicle’s angle in real time

The car features a multi-view camera which incorporates four cameras (one at the front, one on either side and one at the rear). The system allows the driver to view the area around the vehicle and manoeuvre in complete peace of mind when using the vehicle off road. It is also useful to help with parking and is activated automatically when reverse gear is engaged.

The All-New Duster comes with a choice of one petrol and one diesel engine at launch. The SCe 115 (2WD and 4WD versions) and the Blue dCi 115 (2WD).

As standard, All-New Duster comes with a six-speed manual transmission, except for the SCe 115 4×2 petrol model, which has a five-speed gearbox. The 4×4 models use the TL8 six-speed manual transmission which has been developed from the Renault-Nissan Alliance’s high volume TL4 unit. It has a shorter first gear ratio better suited to off-road demands such as hill starts, steep descents or accelerating when towing. The unit is also very compact and, compared with a heavier transfer box system, it doesn’t compromise cabin space and keeps costs down.

The Duster is built on Dacia’s existing B0 platform, which has proven strength, reliability and built-to-last quality. The front MacPherson strut-type suspension, like that in the Logan and Sandero, has been strengthened to cope with off-road driving. The 4x4s have a multi-arm arrangement at the rear that was specially developed for the Duster, while the 4×2 models have a programmed-deflection H-beam that is also strong, but allows for a larger boot. Both formats deliver a comfortable ride and allow the kind of ground clearance that’s a hallmark of Duster’s genuine SUV character.

The seats have been completely redesigned with denser foam for improved comfort and support. The new seat design is more enveloping and provides enhanced lateral support when cornering and incorporates denser foam for improved durability and comfort. The front seat cushions are 20mm longer and the driver’s seat comes with an armrest, lumbar adjustment and a new height-adjustment system which travels through 60 mm (compared with 40 mm previously). The rear seats feature three comma-type head rests for improved safety and driver visibility when there are no rear passengers.

Cabin noise has been halved by increasing the percentage of sound-absorbing surfaces in the cabin and engine compartment from 20 to 50 per cent, reducing noise thanks to improved sealants and plugs and using 0.35mm-thicker glass for the front windows. The car is now fitted with larger-diameter 165 mm bicone speakers for enhanced audio quality.

Storage capacity has been increased by 20 per cent to a total of 28.6 litres. The All-New Duster has the same boot capacity as its predecessor: 445 litres for the 2WD version and 411 litres for the 4WD version.

The All-New Duster also comes with new electric power steering that reduces the effort required to turn the wheel by 35 percent, which is particularly useful when parking.