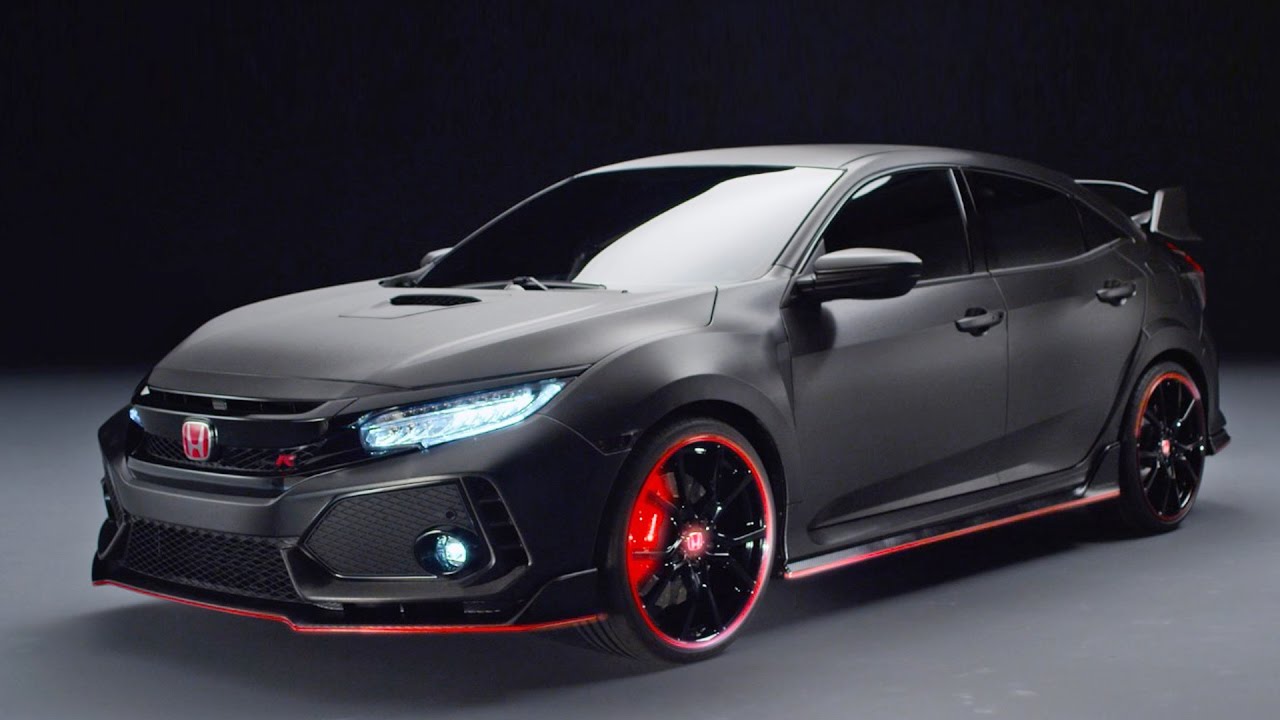 2018 Honda CIVIC TYPE R Prototype OFFICIAL Trailer. The new Honda Civic Type R Prototype has been revealed at the 2016 Mondial de L’Automobile in Paris (located in Hall 3), offering an insight into the styling of the next-generation Civic Type R which will be officially unveiled in 2017.

Based on the low and wide proportions of the new Civic hatchback, the Type R Prototype is enhanced by muscular body styling and modifications to aid aerodynamic performance. The exterior is clothed in a highly reflective, finely-grained brushed aluminium-effect finish unique to the show car.

A substantial carbon fibre diffuser runs below the wider rear bumper, which frames three fully-functional tailpipes with a pair of directional strakes at each side. The central tailpipe is of a smaller diameter and is highlighted in bright metallic red. Unique peaks at the roof flanks point backwards towards a dramatic, visually striking rear wing.

The Type R will be exported to markets around the world, including the US – which will mark the first time that any Honda-badged Type R has been officially sold in North America.