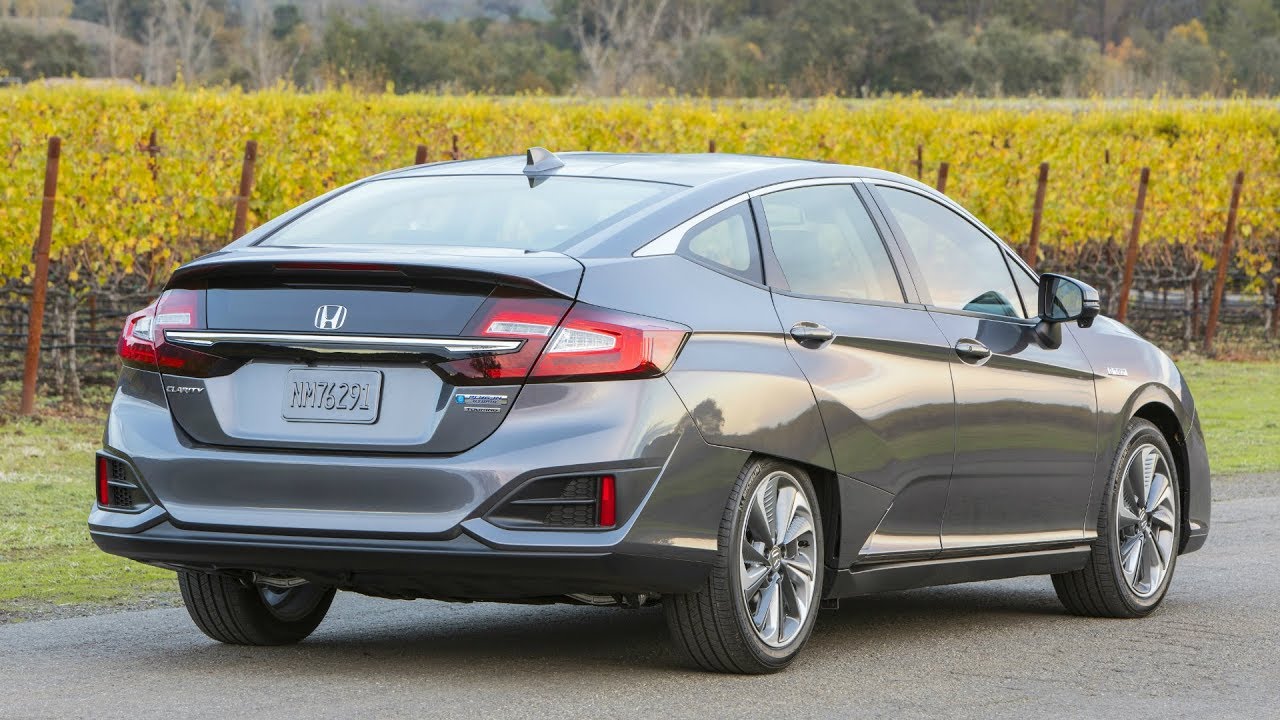 The all-new 2018 Clarity Plug-in Hybrid completes Honda’s first-ever vehicle series that offers customers an array of electrified powertrain choices in one sophisticated, spacious and comprehensively equipped 5-passenger sedan. The Clarity Plug-In Hybrid joins the Clarity Fuel Cell and Clarity Electric as the volume leader in the Clarity series, sold in all 50 states.

The Clarity Plug-in Hybrid sedan delivers a highly refined, advanced-technology driving experience with no compromise to driving range, performance or comfort, making it well suited for a wide range of consumers and driving needs.

Its 47-mile all-electric EPA range rating1 is the highest of any plug-in hybrid sedan. The Clarity Plug-In Hybrid enables comparatively inexpensive zero-emissions all-electric driving for most daily driving situations. Occasional, or even frequent long-distance travel is also possible with the hybrid powertrain, which helped the Clarity Plug-In Hybrid receive a 340-mile combined gas-electric EPA range rating1. This flexibility to drive wherever and whenever a customer wants frees them of the “range anxiety” or recharging concerns that can accompany even long-range electric-only vehicles.

The Clarity Plug-In Hybrid runs primarily on its electric motor, using its Atkinson-cycle engine and starter/generator motor to generate electricity that is either supplied directly to the traction motor or used to recharge the 17 kWh lithium-ion battery pack. An electric-servo brake system is deployed for regenerative braking, further improving efficiency by using the energy from deceleration and braking to generate additional electricity. It all adds up to an all-electric 110 MPGe (miles per gallon equivalent) combined (city & highway)1 EPA rating.

The Clarity Plug-In operates in three different driving modes, depending on the driving situation, and is able to shift instantly, automatically and seamlessly from one mode to another to optimize overall efficiency:

EV Drive
In EV Drive mode, the Clarity operates like an all-electric vehicle – the engine is off and is decoupled from the drivetrain to reduce friction. Motive power comes from the 181-horsepower traction motor, which draws electricity from the lithium-ion battery pack.

Hybrid Drive
In Hybrid Drive mode, the Clarity functions as a series hybrid. Like EV Drive mode, motive power comes from the electric traction motor. The coupled gasoline engine and generator motor produce electricity, which is sent directly to the traction motor or to the battery pack, depending on the driving situation and the battery’s state of charge.

Engine Drive
In Engine Drive mode, which is typically engaged when cruising at medium to high speeds, the Clarity funtions as a parallel hybrid. A lock-up clutch connects the engine (always linked to the generator motor) and the traction motor to send power directly from the engine to the front wheels. Unlike most competing hybrid and plug-in hybrid vehicles, the Clarity does not use a conventional transmission which saves weight and minimizes complexity while improving efficiency.