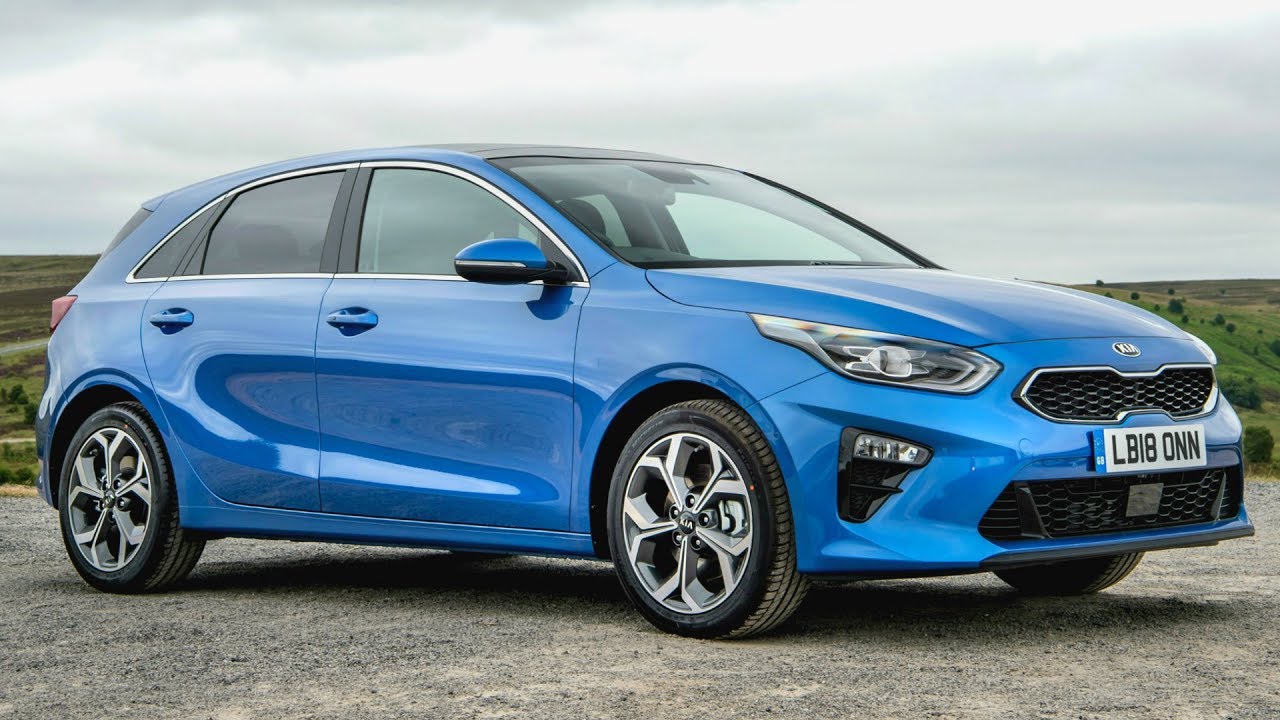 The Ceed has been designed at the brand’s European design centre in Frankfurt, Germany, under the direction of Gregory Guillaume, European Head of Design, and Peter Schreyer, President of Design and Chief Design Officer. Carrying over the sporty, emotional design character of the Stinger, the Ceed conveys a more self-confident new look – one that is both emotive and precise in its execution.

Lower, wider, and with a longer rear overhang than the car it replaces, the Ceed’s cab-rearward silhouette exhibits a more mature sense of athleticism. Straight lines replace the rounded-off edges of its predecessor, evolving the front of the car with a wider ‘tiger-nose’ grille and lower air intake, and precise, linear shapes framing its ‘face’. The new model features ‘ice cube’ LED daytime running lights as standard, echoing the appearance of earlier cee’d GT and ‘GT-Line’ models.

In profile, the sharp, straight lines visually lengthen the bonnet. A greater sense of maturity and strength is created in its shoulder line, which now runs along a more horizontal plane. The model adopts the wide C-pillar that has become a hallmark of Kia design in recent years, enhancing its cab-rearward stance. This also gives the upper window-line a sleek new ‘half-moon’ shape. At the rear, new LED daytime running lights give the Ceed greater visibility – and recognition – on the road. Paired with straight lines in the bodywork and a subtle rear boot spoiler, the Ceed presents a more stable overall appearance.

Constructed on Kia’s new ‘K2’ platform, the Ceed is 20mm wider (1,800mm) and 23mm lower (1,447mm) than the outgoing model. Its wheelbase remains the same at 2,650mm, with the front overhang shortened by 20mm (to 880mm), and rear overhang extended by 20mm (now 780mm). The new platform supports the Ceed’s more efficient packaging. The model boasts a larger, 395-litre boot, as well as greater shoulder room for rear passengers, more headroom in the front row, and a lower driving position.

There are 11 versions of the Ceed, based on four trim levels –‘2’, ‘Blue Edition’, ‘3’, ‘First Edition’. All models are front-wheel-drive and feature a practical five-door hatchback bodystyle. This car is the first of a whole all-new family of Ceed models to be launched over the next two years.

Inside the cabin, the Ceed is more ergonomic than ever, and with higher-quality materials used throughout. The cabin architecture from the most recent Kia vehicles has been adapted for the Ceed, with the dashboard laid out horizontally for a more sculptural, seamless and slimline appearance. This design also creates greater space and a sense of openness for the front passenger, allowing more space in the footwell and a clearer view ahead.

The dashboard is split into an upper area – for the ‘floating’ touchscreen infotainment system – and lower level, housing controls for audio and heating and ventilation. Driver-centric in its layout, the centre console is angled slightly towards the driver’s seat for ease of use on the move. The interior is finished in a higher proportion of sophisticated soft-touch materials throughout, subtly intensifying the refined and upscale ambience of the cabin. Surfaces are finished with metallic or satin chrome trim. Cloth, cloth with faux leather bolsters or genuine leather upholstery is available depending on trim. A leather-wrapped steering wheel and gear stick are also available as standard.

All versions of the Ceed are comprehensively equipped and feature an extensive package of comfort, convenience and safety items which becomes progressively more luxurious with every step up the range.