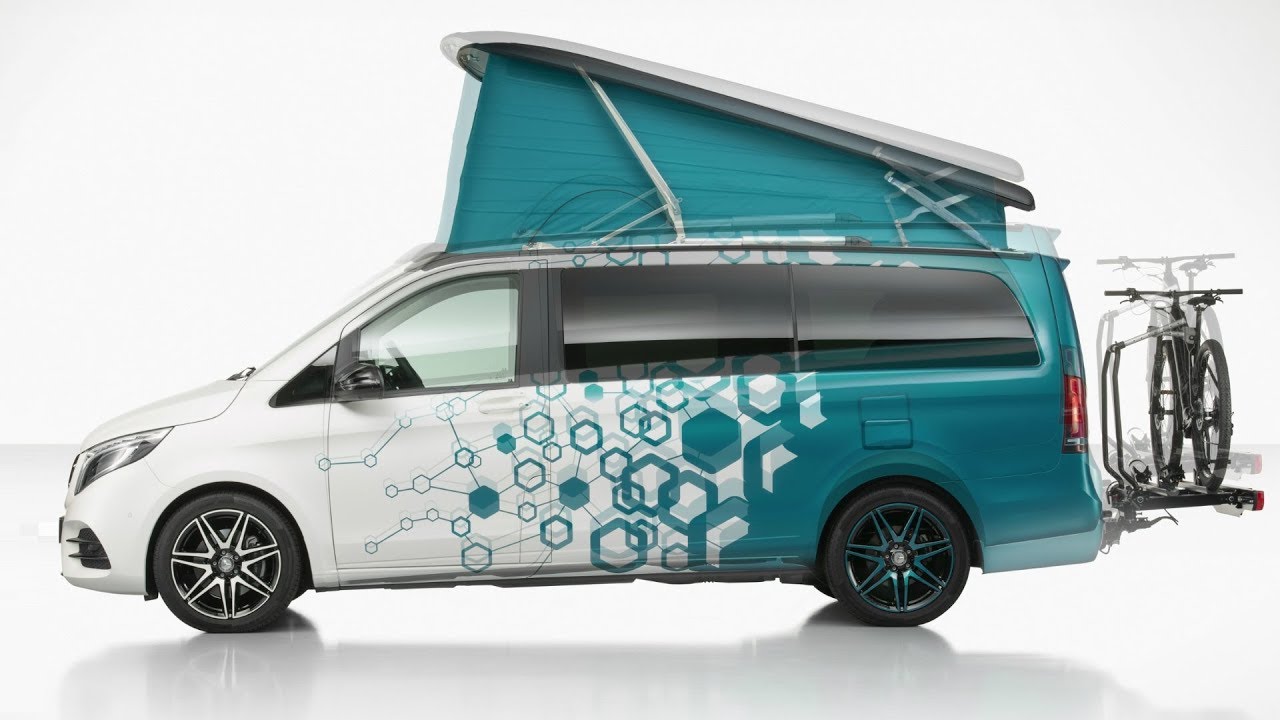 The Concept Marco Polo takes up these functions and also presents additional forward-looking comfort/convenience features that can be controlled from a central location, thereby saving time – including: centralised control of the air suspension – for levelling the vehicle on uneven ground – as well as the electric seat bench/bench berth in the rear and the electric pop-up roof. A special highlight is the darkening of the windows. Liquid crystals in the side windows allow the glass to be darkened if desired. There is no need for curtains or blinds. In addition, the Concept Marco Polo comes with an inductive smartphone charging station – so no more cable clutter. The charging station is easily accessible on the cooler.
The Concept Marco Polo not only allows the components in front of and behind the B-pillar to be operated from a display in the cockpit or from a smartphone app; voice control is another option. This is activated by saying Hey Mercedes. Two examples of how it can be used:
Having arrived at the camp site, it’s time to chill out… When the voice command Hey Mercedes, I want to relax is given, the Concept Marco Polo regulates the vehicle level, extends the pop-up roof and awning, activates the ambience lighting in awning, gaiter and under the kitchen unit and switches on the music. The electric power comes in an environmentally friendly way from the solar module on the concept vehicle, which produces 400 watts of power. Everything is set for a relaxed start to the holidays.
It’s departure day, things need to happen fast… At the command Hey Mercedes, get ready to leave, the level control is deactivated, the awning and pop-up roof retract. In addition, the seat bench/bench berth is returned to the upright position and the ambience lighting is switched off. In next to no time, the camper is ready for a stress-free journey home.