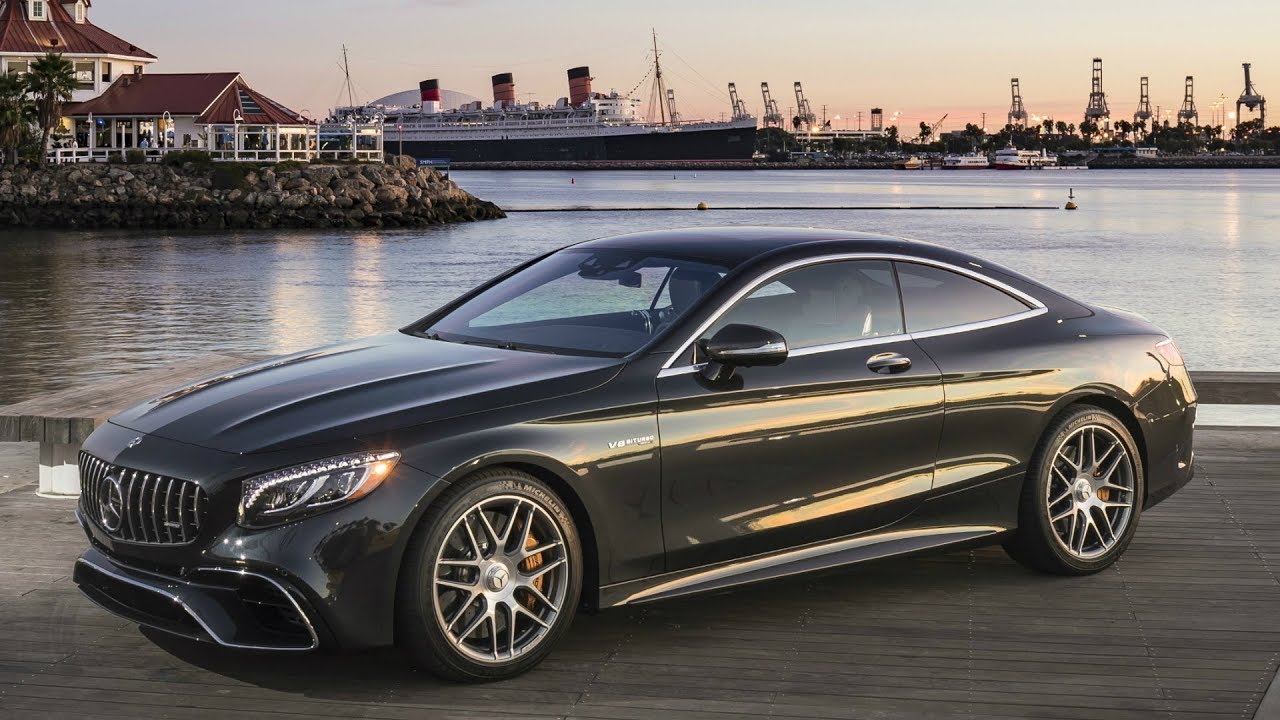 Mercedes-AMG is updating its S-Class Coupés and Cabriolets with a host of technical and visual highlights. The new-design front end is dominated by the Panamericana radiator grille, which now gives the two-door, luxury-class Performance vehicles an even more independent look. In the S 63 4MATIC+ Coupé and Cabriolet (combined fuel consumption: 9.3 and 10.1 l/100 km; combined CO2 emissions: 211 and 229 g/km) the AMG 4.0-litre V8 biturbo engine with twin-scroll turbochargers and cylinder deactivation (Coupé) supersedes the previous 5.5-litre V8 biturbo. Despite the smaller displacement, the new engine puts out 450 kW (612 hp) and thus exactly 20 kW (27 hp) more than the preceding model. The AMG SPEEDSHIFT MCT 9G transmission is also new to the Coupé and Cabriolet, as is the fully variable all-wheel drive system AMG Performance 4MATIC+.

At the same time with the new eight-cylinder Coupé and Cabriolet, the top-of-the-range twelve-cylinder S 65 Coupé and S 65 Cabriolet (combined fuel consumption: 11.9 and 12.0 l/100 km; combined CO2 emissions: 279 and 272 g/km) are being given a visual update with the Panamericana radiator grille. The AMG 6.0-litre V12 biturbo engine retains its output of 463 kW (630 hp) and delivers a maximum torque of 1000 Newton metres.

The AMG 4.0-litre V-8 Biturbo engine in the S 63 4MATIC+ Cabriolet and Coupé comes exclusively in the highest performance stage to date rated at 450 kW (612 hp). The peak torque of 900 Nm also represents a new maximum. It is available across a wide rev range between 2750 and 4500 rpm, and thereby provides a sense of superior poise. The sprint from standstill to 100 km/h takes just 3.5 seconds, and the fulminating acceleration continues until the electronically limited top speed of 250 km/h is reached (with AMG Driver’s Package: 300 km/h).

The further advanced AMG 4.0-litre V-8 Biturbo engine utilises well-proven twin-turbo forced induction, with the two chargers not located outside on the cylinder banks, but rather between them in the V of the cylinders. The advantages of the “hot inside V” are a compact engine design, spontaneous response of the turbochargers and low exhaust emissions thanks to optimal airflow to the near-engine catalysts.

For the first time the S 63 4MATIC+ Coupé and Cabriolet have been fitted with the AMG SPEEDSHIFT MCT 9G transmission, which convinces with extremely short shift times, lightning reactions to shift paddle commands, a double-clutching function and fast multiple downshifts.

The LHD versions of the S 63 4MATIC+ Coupé and Cabriolet come as standard with fully variable AMG Performance 4MATIC+ all-wheel-drive. This intelligent system combines the advantages of different drive concepts: The fully variable torque split between front and rear axle, another first, ensures not optimal traction. What is more: The driver is also able to rely on high handling stability and a high level of safety under all conditions, in the dry, in the wet or in snow. The transition from rear-wheel to all-wheel drive and vice versa is seamless, because the intelligent control is integrated into the overall vehicle system architecture.

An electro-mechanically controlled clutch connects the permanently driven rear axle variably to the front axle. The best possible torque split is continuously computed according to the driving conditions and driver’s input. The Performance Coupé and Cabriolet can therefore be driven in a continuously variable way from traction-oriented all-wheel drive to purely rear-wheel drive. Transitions are seamless and based on a sophisticated matrix. Alongside traction and lateral dynamics, the all-wheel drive also improves the longitudinal dynamics for even more powerful acceleration.