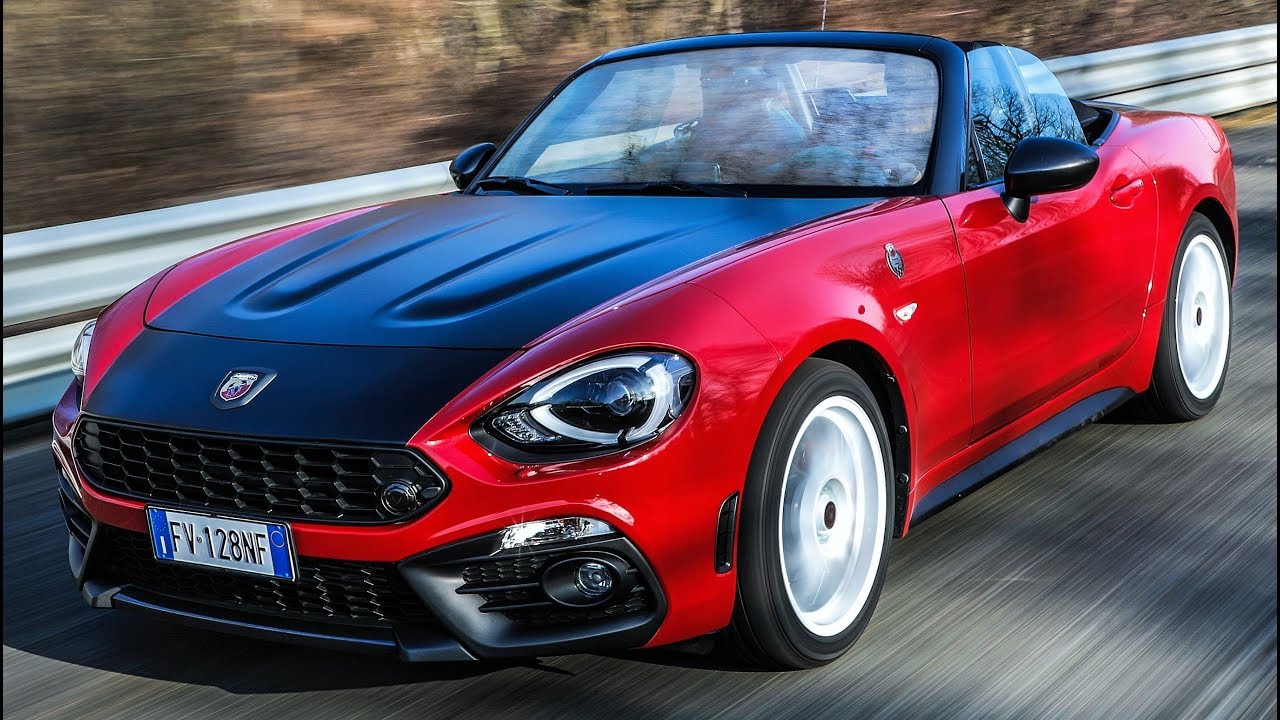 The Geneva show hosts the global debut of the new Abarth 124 Rally Tribute, celebrating the “124 rally” racing car’s triumph – last year – in the FIA R-GT Cup, as well as about 40 class victories in the 12 national championships in which it competed.

Produced in a limited edition of just 124 cars, the new Abarth 124 Rally Tribute reveals unique contents which make it a genuine “collector’s item”, such as the specific commemorative badge on the mudguards and, inside the cockpit, the numbered metal plaque certifying its exclusive status. The exclusive stylistic characterisation and its peerless standard outfit transform this car into an emblem of the brand’s core values: performance, craftsman-like care and technical excellence.

Like the 124 Spider from which it derives, the new Abarth 124 Rally Tribute is outstandingly dynamic and agile, thanks above all to its mechanical self-locking differential – one of the very few cars to offer it in this segment – and its weight being concentrated within the wheelbase. Its light weight of just 1,060 kg guarantees outstanding agility, with an excellent weight-power ratio of 6.2 kg/HP.

Under the bonnet is a powerful 1.4 litre four-cylinder turbocharged engine with MultiAir technology. With Euro6/D homologation, it delivers 170 HP (in other words, about 124 HP per litre) and 250 Nm of torque, for a top speed of 232 km/h and acceleration from 0 to 100 km/h in 6.8 seconds, paired with a six-speed manual transmission. Last but not least, the suspensions feature high double wishbone suspension on the front and five-arm multi-link on the rear.

Not to mention the use of the legendary Record Monza exhaust on the new Abarth 124 Rally Tribute, with dual mode system capable of modifying the flow of the exhaust gas according to engine rpm and guaranteeing linear torque delivery and generating a satisfying, deep roar. Other racing-derived technical features include the brakes, developed and produced by Brembo and the ultralight 17″ alloy wheels with a Racing White finish, giving a weight reduction of 4 kg, which provides enhanced handling and an even sportier design.

The new Abarth 124 Rally Tribute is available in two bodywork colours, Costa Brava Red and Turini White, both combined with matte black bonnet, a reference to the historic Abarth 124 Rally, which featured this solution to reduce sun dazzle for the driver. In addition, the mirror caps and DAM are in gunmetal grey with Costa Brava Red livery, or Racing Red with Turini White paintwork.
The standard outfit also includes luxury comfort features, such as the heated leather seats, the Alcantara kit, the Abarth mats and the Radio Plus Pack. This pack comprises the integrated infotainment system, controlled using a convenient, user-friendly knob on the central tunnel. It also features a 7-inch colour touchscreen, DAB digital tuner, two USB ports, AUX port and Bluetooth connection. It is combined with a Bose sound system with nine speakers, four of which are built into the head restraints. The pack include automatic climate control.

Key Accessories available from the Mopar catalogue for the Abarth 124 spider include the carbon fibre hard top: high-tech, lightweight and safe, it gives the car a true coupé style while retaining all the excitement and driving joy only a genuine roadster can offer. The oversize strut bar guarantees greater torsional rigidity for even more superlative handling. Not to mention a series of accessories, such as the drink holder kit with silver rings and aluminium cup with 124 Spider logo, which help to make the interior even more exclusive, while the boot net with Mopar logo aids load organisation, for the utmost freedom on the road.