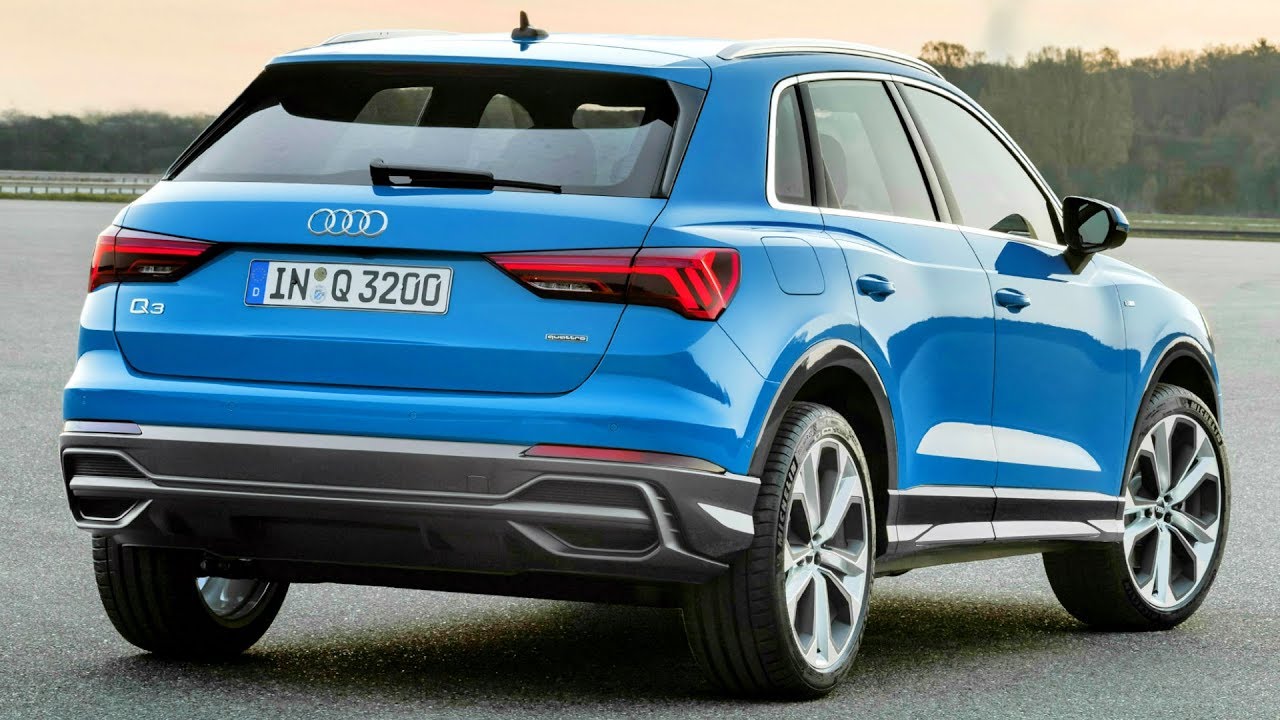 The new Audi Q3 will be manufactured at the Győr plant in Hungary. Vehicles will be delivered in Germany and other European countries in November 2018. As standard, the compact SUV is fitted with the digital instrument cluster, MMI radio including Bluetooth, multifunction leather steering wheel, air conditioning and LED headlights. The rear seats, which can be adjusted fore/aft and for tilt, the height-adjustable loading floor along with numerous storage compartments make the vehicle extremely versatile. The Q3 comes ex works with a range of assist systems, including lane departure warning, Audi pre sense front, the light/rain sensor and the adjustable speed limiter.

Sporty character, taut lines, three-dimensionally styled elements – the interior continues the design of the exterior and echoes in many ways the brand’s full-size models. The instrument panel is divided into two levels: the top part includes the air vents; the bottom section incorporates the large octagonal area with its black-panel look. The instrument panel varies the motif of the Singleframe and is surrounded by a wide chrome strip. The high-gloss black trim surrounds the central element of the new operating concept: the MMI touch display. Together with the air conditioning controls underneath, it is tilted 10 degrees toward the driver. The pushbutton module for the lighting functions, which replaces the rotary control on the predecessor model, is slotted into the panel to the left of the steering wheel. All displays, buttons and controls are located ergonomically.

In typical SUV fashion, the Audi Q3 is easy to get into, with good all-round visibility, and yet offers a sporty seating position. The steering wheel is steeply angled accordingly. The seats – electrically adjustable as an option – offer the same comfort as in the next larger vehicle category.

The operating and display concept of the family SUV has been overhauled from the ground up – Audi has done away with the analog instruments. Even with the standard MMI radio there is a digital instrument cluster with a 10.25 inch screen diagonal, which the driver operates using the multifunction steering wheel. With MMI radio plus, the first option level, customers can upgrade the instrument cluster as an option to the Audi virtual cockpit with additional functions. It incorporates, for instance, the MMI functions and, in addition to road and engine speed, also displays information on music tracks and Audi connect services. If the customer has specified navigation, the display also includes the navigation map. The driver can configure the display according to their needs and has all the data in their direct field of view. The MMI radio plus also includes an MMI touch display with 8.8 inch screen diagonal in the center of the instrument panel. With the top-of-the-line equipment MMI navigation plus this touchscreen measures 10.1 inches. The displays appear in the 10.25 inch Audi virtual cockpit, which the customer can upgrade as an option to the version with a 12.3 inch screen diagonal. The driver can call up three different views on the screen, including a new extra sporty display.

As part of the sales launch, Audi is delivering the new Q3 with four engine versions – three gasoline and one diesel unit in combination with front-wheel or quattro drive. Their power outputs range from 110 kW (150 hp) to 169 kW (230 hp). All engines are four-cylinder direct injection units with turbocharging. They are powerful, refined and efficient. A six-speed manual transmission or a fast-shifting seven-speed S tronic is used to transmit the power. Offroad the permanent all-wheel drive delivers excellent driving pleasure with optimum traction and supreme stability. Activated at the push of a button, the optional hill descent control maintains the preset speed on a steep downhill gradient.