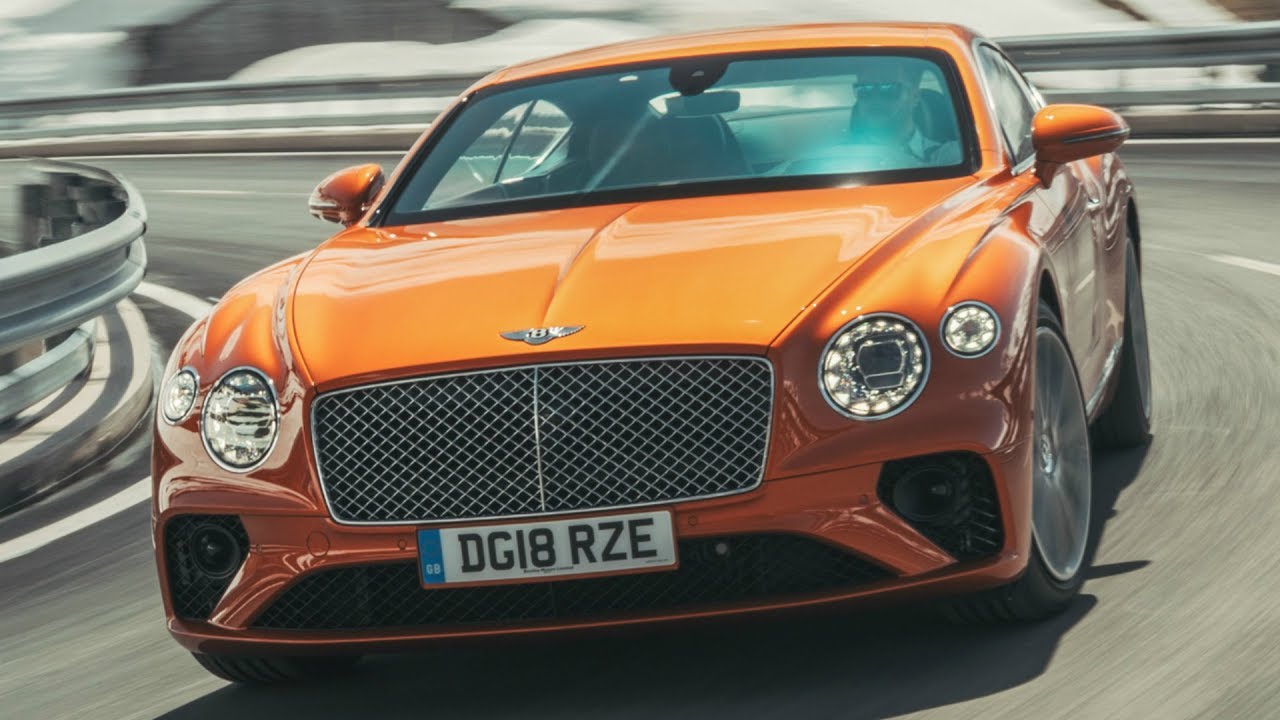 Wolfgang Dürheimer, chairman and chief executive of Bentley Motors, said: “Bentley has been at the forefront of luxury Grand Touring for nearly one hundred years. The new, third-generation Continental GT is the pinnacle of our design and engineering achievements and marks the next step in Bentley’s journey.

The new Continental GT is offered at launch with an enhanced version of Bentley’s peerless 6.0-litre, W12 TSI engine that sets a new benchmark in performance.

Designed, developed and handbuilt in Crewe, the W12 TSI engine is the most advanced 12-cylinder engine in the world. The unique ‘W’ configuration means that the engine is 24 per cent shorter than an equivalent V12, benefitting weight distribution and maximising usable cabin space.

A dedicated Sport Launch mode delivers maximum acceleration through careful clutch pressure sensing and pre-loading when a race-style start is required by the driver.

The W12 TSI combines high-pressure direct fuel injection with low-pressure injection. The combination of these two systems maximises refinement, lowers particulate emissions and optimises power and torque delivery. At 278 g/km CO2 (a 16 per cent improvement over the previous Continental GT), the engine also meets Phase 2 of Euro 6 and US ULEV 125 (LEV3) emissions targets.

The new engine utilises Start-Stop technology and, in Bentley’s advanced application, coasting is also made possible. The engine rests not only when the vehicle is stationary but also at near-to-stop speeds.

Bentley’s Variable Displacement system shuts down half of the engine under defined conditions. Intake and exhaust valves, fuel injection and ignition are all shut down on defined cylinders, with the engine running as a six-cylinder for improved efficiency.

Significantly, a new dual-mass flywheel replaces the torque converter, to dampen out the oscillations of the driveline and provide a fittingly smooth power delivery for luxury touring.

Shift times are variable and depend on the selected driving mode. In Sport mode, shifts are seemingly instantaneous to deliver uninterrupted torque delivery and maximum acceleration performance. In Comfort mode, shifts are deliberately relaxed to allow for a seamless and imperceptible gear change.

Maximum speed is reached in seventh gear, with eighth gear acting as an overdrive gear for relaxed cruising.

A new Active All-Wheel-Drive System replaces the traditional 40:60 power delivery split between front and rear wheels respectively, instead varying the front-to-rear torque split dependent upon the driving situation. The vehicle will use rear-wheel drive as much as possible during normal driving for optimum efficiency and dynamic performance.

Based on the conditions and the driver’s behaviour, the system will send drive to the front axle as required. This reduces the understeer effect from fixed all-wheel drive, as well as increasing driver engagement for those who revel in the dynamic attributes of the Continental GT.