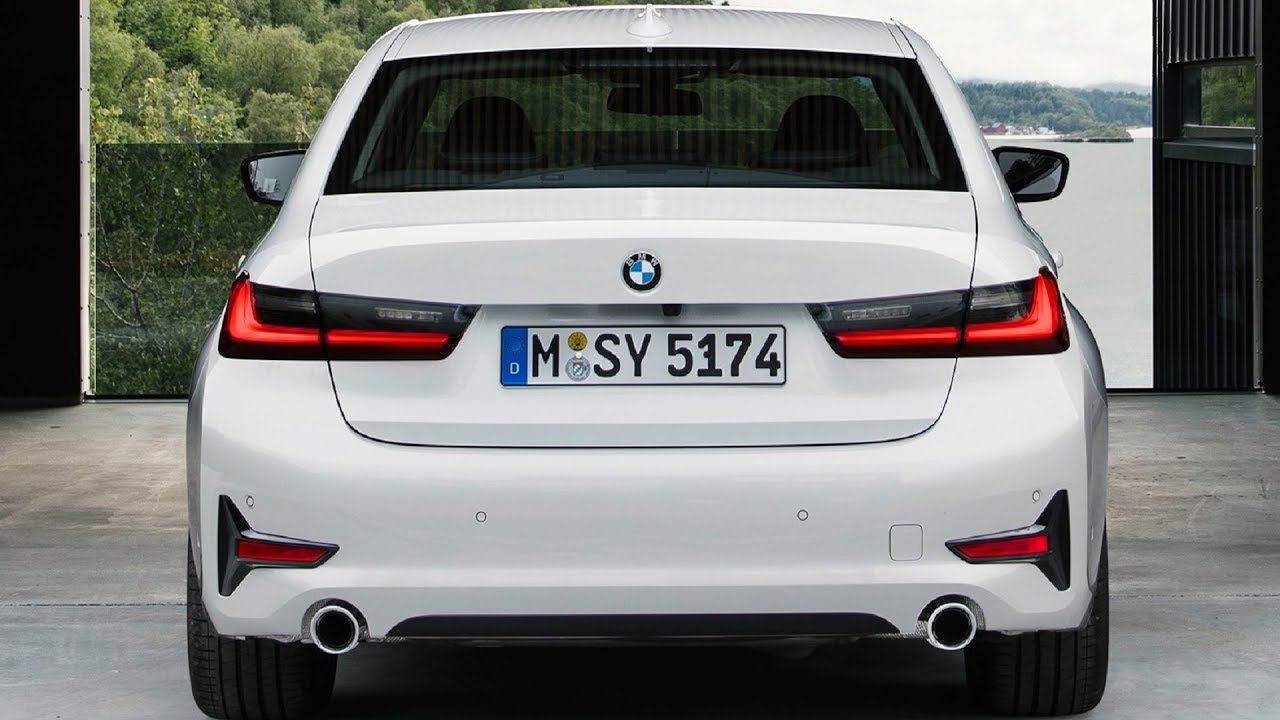 When developing the body structure and chassis technology of the new BMW 3 Series Sedan, a number of clear priorities were set: enhanced driving dynamics, agile handling characteristics, high-precision steering and superior braking performance. Overall, the new BMW 3 Series Sedan weighs up to 55 kilograms less than the corresponding predecessor model, depending on the model variant and equipment fitted. The new BMW 3 Series Sedan also has a low centre of gravity and 50 : 50 weight distribution, while the stiffness of the body structure and suspension mountings have been significantly increased. Optimised aerodynamics reduce the car’s drag coefficient to 0.23 (BMW 320d).

The standard-fitted suspension and optional M Sport suspension both include lift-related dampers, which are making their debut in a BMW model. They make a major contribution to the balance between sportiness and comfort – unmatched by any rival – which defines the character of the new BMW 3 Series Sedan. Continuously variable control allows them to adjust the damper firmness progressively according to changing spring travel, which reduces body movement perceptibly when evening out vibrations caused by bumpy road surfaces and dynamic cornering.

M Sport suspension (with a 10-millimetre reduction in ride height) is joined on the options list by Adaptive M suspension with electronically controlled dampers. The two optional suspension variants also bring customers the benefits of variable sport steering, the latest version of which has even more direct and precise feel. M Sport brakes with four-piston fixed callipers at the front can also be ordered. The blue-painted callipers display the M logo. An M Sport differential is available for the BMW 330i and BMW 330d in conjunction with the M Sport suspension or Adaptive M suspension. Here, the electronically controlled, full-variable locking function in the rear differential significantly enhances traction, agility, stability and cornering dynamics.

The brand’s new design language also brings a clear arrangement of surfaces to the interior of the new BMW 3 Series Sedan. This accentuates the spaciousness of the cabin and, together with the cockpit’s focus on the driver, enhances their concentration on the road. The new screen grouping of Control Display and instrument cluster, the tall centre console and the coordinated design of the light, modern instrument panel and door panel trim create an all-round feeing of space and a sporting aura.

The new BMW Operating System 7.0 plays a leading role in optimising the control and display system with modern, digital functions geared precisely to the needs of the driver. The optional BMW Live Cockpit Professional comprises consistently designed, situation-linked and customisable displays on the fully-digital 12.3-inch instrument cluster and 10.25-inch Control Display. For intuitive operation, the driver can choose from the Control Display’s touch control, the iDrive Controller, the steering wheel buttons, gesture control and voice control.