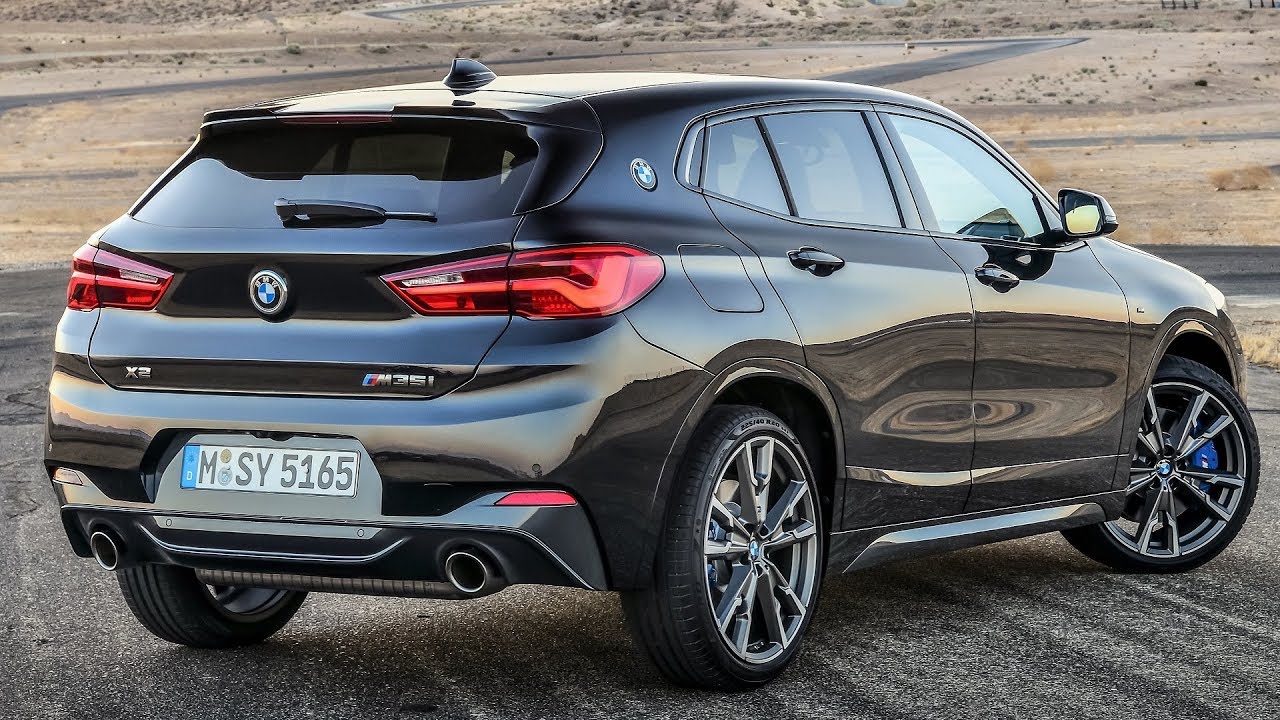 BMW is now presenting the new top model of the X2 series. The wide BMW double kidney grille of new BMW X2 M35i , features a surround in Cerium Grey for visual differentiation at first glance. Likewise, the surrounds of the air cooling inlets and the exterior mirror caps are finished in Cerium Grey. The rear of the X2 M35i is characterised by the standard M rear spoiler and two specially designed exhaust tailpipes, which also come in Cerium Grey.

The new BMW X2 M35i featuring a 225 kW (306 hp) 4-cylinder turbocharged petrol engine definitely sets new benchmarks above the previous versions. As the letter M in the type designation clearly signalises, the new X2 M35i possesses the impressive dynamic handling qualities of an M Performance automobile. Behind this is yet again the BMW M GmbH, whose racing know-how flows into the development of all components. The 2-litre TwinPower Turbo engine concealed under an M Performance cover is the very first M Performance four-cylinder engine and at the same time BMW’s most powerful version. It delivers a fascinating maximum power output of 225 kW (306 hp). Maximum torque is an extremely powerful 450 Newton metres. To ensure that this sheer power is securely transferred to the tarmac, the X2 M35i comes as standard with intelligent four-wheel drive technology xDrive in conjunction with the 8-speed Steptronic transmission including Launch Control. The automatic transmission features specific M Performance tuning. Equipped in this way, the BMW X2 M35i is able to accelerate from 0 to 100 km/h in just 4.9 seconds*. The necessary thermal stability of the engine is now ensured by a redesigned cooling system.

Being a typical M Performance automobile, the BMW X2 M35i features, in addition to a powerful engine, also a M Sport suspension system that has been specifically tuned and adapted to match the car’s sporty character. A adaptive suspension offering two different manually adjustable modes and combining maximised sportiness and driving comfort is also optionally available. A particularly special technical highlight – and also a premiere for an M Performance automobile – is the M Sport Differential installed in the front axle gear. During highly dynamic driving manoeuvres, this locking differential most effectively reduces possible traction losses on the front wheels. In addition, the braking system has been upgraded for use on the X2 M35i. The M Sport braking system with fixed callipers in Dark Blue metallic and 18-inch steel discs at the front (17-inch at the rear) guarantees consistently short braking distances even under the highest loads. With that, however, the M know-how is still far from being exhausted. Steering and suspension have also both been adapted to match the performance of the drive system. For instance, thanks to a special setup, the M sports steering conveys to the driver an impressively direct and precise steering feel. Furthermore, the X2 M35i comes as standard with the M Sport suspension with a stiffer spring and damper setting as well as vehicle lowering. The rear axle construction has been redesigned. A suspension with an adaptive spring and damper combination offering two different manually adjustable modes is also optionally available.

The sporty aspiration of the X2 M35i, which is the result of its inner qualities, is reflected in an exciting exterior design with numerous typical M Performance Automobile elements finished in Cerium Grey and based on the X2 M Sport Package. This begins at the front with full HD technology for the main headlights and fog lights and continues with the double kidney grille in Cerium Grey and the newly designed side air intakes of the same colour at the front for best possible cooling of brakes and engine. The exterior mirrors have been upgraded by special caps, likewise in Cerium Grey. At the rear, the X2 M35i boasts a distinctive M rear spoiler and demonstrates its fascinating sovereignty with an M Sport exhaust system with two tailpipes (each 100 mm in diameter). Thanks to the adapted silencer system, the exhaust system produces a particularly sporty sound spectrum. 19-inch M Sport light alloy wheels in 715M styling (optional: 20-inch M Sport light alloy wheels in 721M styling and in Cerium Grey bicolour) impressively round off the exterior design features.

Start of production is November 2018, for European markets not until March 2019.