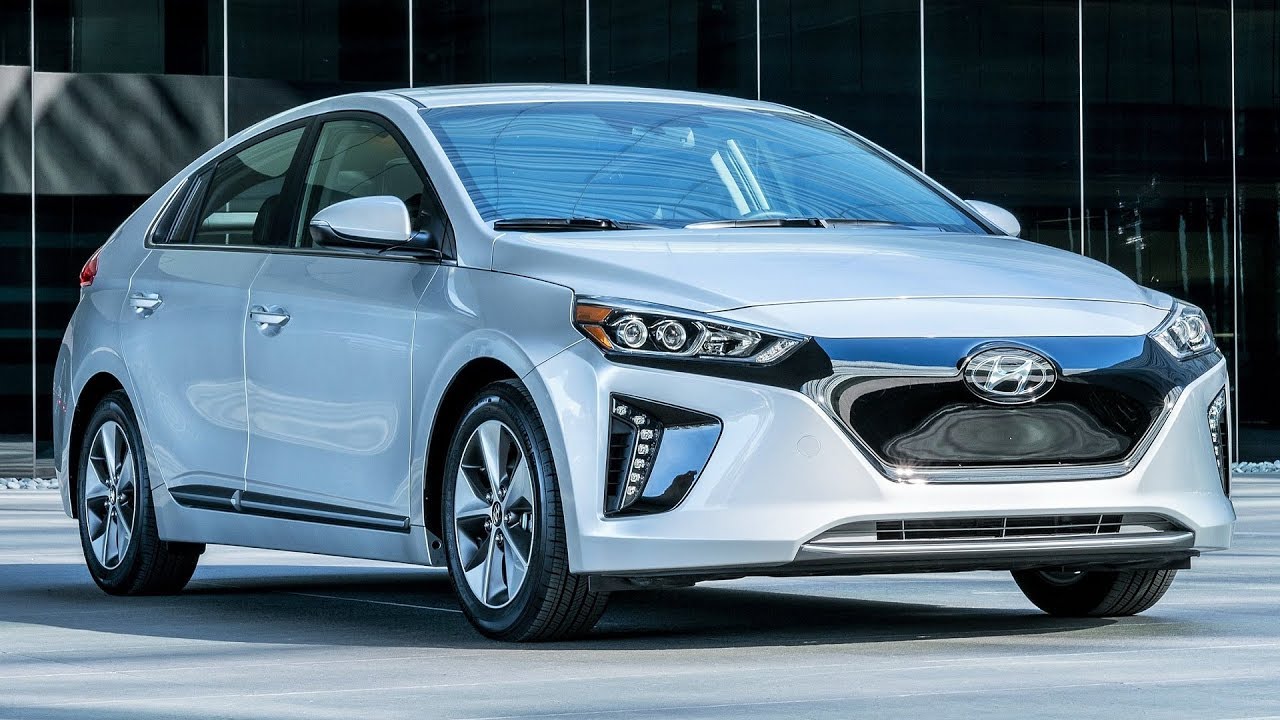 Developed for high energy efficiency without compromising driving performance, every Ioniq powertrain represents a unique and uncompromising solution toward a cleaner means of mobility.

The Ioniq Plug-in Hybrid powertrain combines the best of the Electric and Hybrid powertrains without typical eco powertrain compromises. The Plug-in Hybrid features a Kappa 1.6L direct-injected Atkinson-cycle four-cylinder engine with an unsurpassed thermal efficiency of 40 percent and delivers an estimated 104 horsepower and an estimated 109 lb.-ft. of torque. This engine has been specifically tailored to the hybrid application and is combined with a quick-shifting six-speed dual-clutch transmission, differentiating Ioniq from its key competitors with a more dynamic and engaging driving experience. The Ioniq Plug-in Hybrid’s 44.5 kW (60 horsepower) electric motor is coupled with a 1.6-liter direct-injected Atkinson four-cylinder Kappa engine. The high-efficiency electric motor can operate at speeds up to 75 MPH and delivers instantaneous torque at low speeds, with available power-assist at higher vehicle speeds. The Ioniq Plug-in Hybrid provides an estimated all-electric range of 29 miles, 119 MPGe in EV mode and 52 MPG in hybrid mode, powered by a potent 8.9 kWh lithium-ion polymer battery.

The Ioniq Hybrid Blue model has an estimated 58 MPG combined rating, the highest rating of any non-plug-in vehicle sold in the U.S. market. The Ioniq Hybrid’s electric motor delivers an estimated 32 kW (43 horsepower) with an estimated maximum torque of 125 lb.-ft., powered by a lithium-ion polymer battery with 1.56 kWh capacity. The battery is efficiently positioned under the rear passenger seats. In combination with the 1.6-liter direct-injected engine, Ioniq Hybrid offers a total system output of 139 horsepower while providing low emissions, outstanding efficiency and range.

The Ioniq Electric has an estimated 136 MPGe rating, the highest efficiency rating of any electric vehicle sold in the U.S. market. The Ioniq Electric offers pure electric mobility with a 28.0 kWh lithium-ion polymer battery for an estimated driving range of 124 miles. The electric motor has a maximum output of 88 kW (118 horsepower) and 218 lb.-ft. of torque mated to a single-speed reduction-gear transmission.

The Ioniq Hybrid and Plug-in Hybrid both feature a six-speed EcoShift® dual-clutch transmission (DCT), which boasts best-in-class transfer efficiency through the use of low-friction bearings and low-viscosity transmission oil, and is able to achieve a unique mix of driving performance and fuel efficiency for a spirited and fun-to-drive character. This is an important differentiator from the majority of other Hybrid and Plug-in Hybrid cars that use Continuously Variable Transmissions, often criticized as having ‘rubber-band-like’ acceleration.

Enhancing the car’s fuel efficiency and dynamic driving characteristics, the driver can select either SPORT or ECO modes. The SPORT function holds lower gears longer and combines power from the engine and electric motor for maximum performance. Also in SPORT mode, the gasoline engine remains on and the electric motor acts as a power assist for maximum responsiveness. In ECO mode, the DCT optimizes gear selection for efficiency, upshifting earlier to achieve class-leading fuel economy. Both Hybrid and Plug-in Hybrid models have steering-wheel paddle shifters for an even more engaging driving experience.

Further, powertrain components were designed to be compact and highly efficient. The combined extra weight of the Hybrid and Plug-in Hybrid technology therefore adds minimal weight to the Ioniq, but significantly increases its efficiency. Electric power for the Hybrid and the Plug-in Hybrid, as well as for the Electric, is generated by a permanent magnet synchronous motor whose parts were optimized by reducing the thickness of core components by up to 10 percent and adopting rectangular-section copper wire to decrease core and copper loss. Hyundai uses a lithium-ion polymer battery system for all Ioniq models, which is 20 percent lighter than non-polymer lithium-ion batteries and can be shaped more optimally to the interior than standard cell format batteries. This also provides lower battery memory sensitivity, excellent charge and discharge efficiency, and outstanding maximum output.