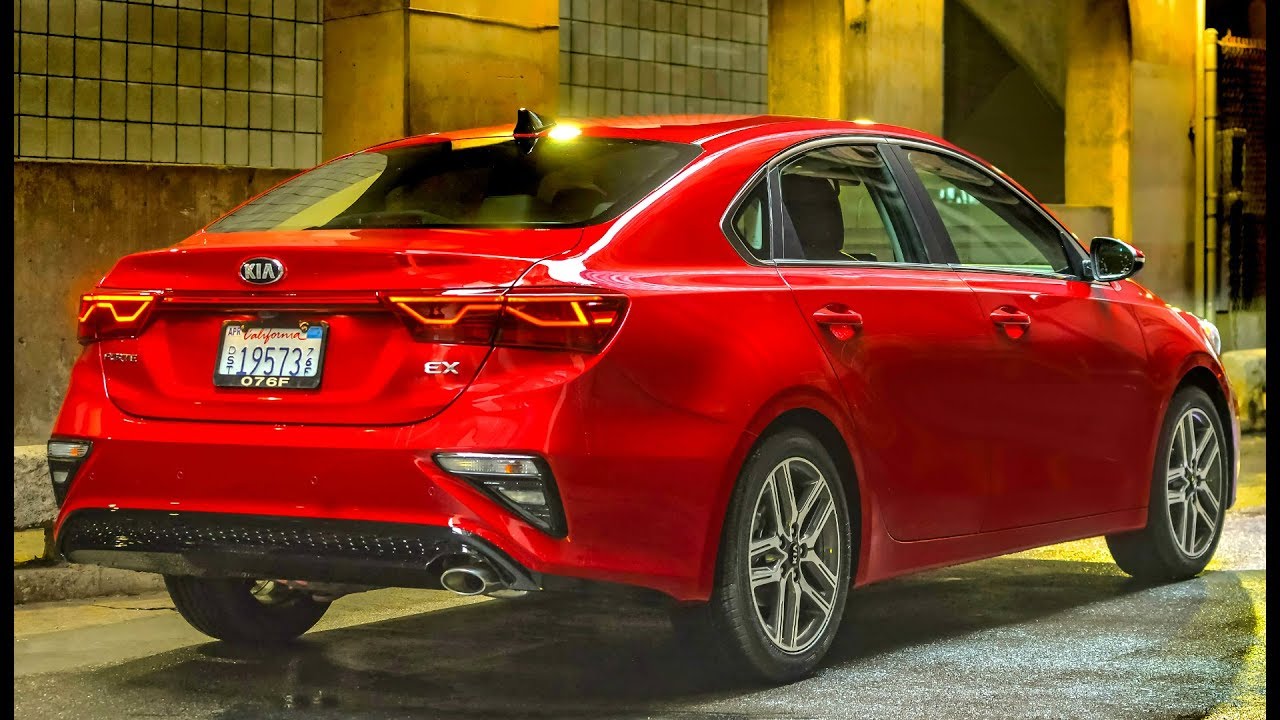 The all-new 2019 Forte sedan enters its third generation with a more sophisticated design and desirable features, transforming one of Kia Motors America’s (KMA) best-selling vehicles into something more than just a commuter car. Thanks to a number of improvements, Forte now offers drivers a higher level of comfort and Kia Drive Wise technologies that are aimed to make the journey – whether a short commute or long haul – a more rewarding and decidedly upscale experience. Sporting an overall bolder appearance, the newly designed compact sedan also boasts improved EPA-estimated combined MPG ratings.

Standard features and desirable amenities in the Forte continue to be available across four trims – FE, LXS, S and EX – with the model line continuing to expand throughout its lifecycle. Available later this fall, a limited Forte Launch Edition commemorates the all-new model with unique visual enhancements and standard technology upgrades.

Housed underneath the Forte’s longer hood is a second-generation 2.0-liter Nu four-cylinder engine that benefits from Atkinson Cycle technology and a cooled EGR system. Typically applied to hybrid and electric vehicles, the Atkinson Cycle and cooled EGR technologies are designed to help boost fuel efficiency in a variety of situations. The new powerplant can be paired with a standard six-speed manual or an all-new available Intelligent Variable Transmission (IVT). The engine and in-house-built IVT are the first of a new line of highly efficient “Smart Stream” powertrains that will make their way into the Kia lineup in the future.

Waiting before developing Kia’s own continuously variable transmission (CVT) allowed engineers to research issues often associated with CVTs and apply their findings in the application used in the Forte. One of the main criticisms is that they can create a rubber-band-like feel, and in an effort to address this issue, engineers built the IVT with adaptive style shift logic with a chain-type belt instead of push belt, a first in the compact class. This results in smooth and linear acceleration, and for a more enjoyable and sporty driving experience, a step-shift-like feel mimics a conventional automatic at wide-open throttle or when more acceleration is needed.

Noise is another issue CVTs can sometimes face and engineers worked hard to reduce this in the Forte by wrapping the transmission case in a sound-insulating cover to help quiet the typical “drone” associated with this tech from other manufacturers. In doing so, NVH levels in the Forte are reduced by 5dB from the outgoing model.

While the third-generation Forte retains its sporty and youthful image, it has graduated to a more sophisticated appearance thanks to a number of sleek and dynamic styling cues inspired by the Stinger fastback sport sedan. Lauded in the auto industry for its excellence in design, the Stinger is a product fueled by Kia’s bold and adventurous spirit, and Peter Schreyer’s global team of designers translated elements of the Stinger’s design language onto the compact to give it a commanding road presence. Enthusiasts know that the right proportions are key, and like the Stinger, Forte’s long hood and short deck lend it an overall fastback-like shape. The cowl point was moved back five inches, creating a more athletic stance that makes the Forte appear well-planted to the ground.

Creases in the hood contribute to the Forte’s muscular appearance while the combination of a newly designed signature tiger nose grille and aggressive black lower valance enhances its individual character. Standard projection or available full LEDs can be had on the Stinger-inspired headlamps, while separate turn signal indicators are mounted near newly designed air curtains that help improve aerodynamic performance. Around back, the rear bumper gets the same treatment with separate reverse and turn signal indicators located beneath available LED taillights. Similar to the Sportage compact crossover, a sleek horizontal trim piece connects the taillights.

Creating the fastback shape strengthened the Forte’s exterior appearance, but it also gave engineers an opportunity to expand the occupant compartment in several key areas so passengers are treated to a comfortable space no matter how long the journey. Overall length has increased by 3.2 inches to 182.7 inches, allowing for more rear legroom and additional cargo in the trunk. With 15.3 cu.-ft., cargo room is among the largest in the segment and generous enough to accommodate gear for a group of friends on a road trip or a growing family managing a busy schedule. Additional rear headroom results from increasing the overall height to 56.5 inches, while the overall width has grown to 70.9 inches.