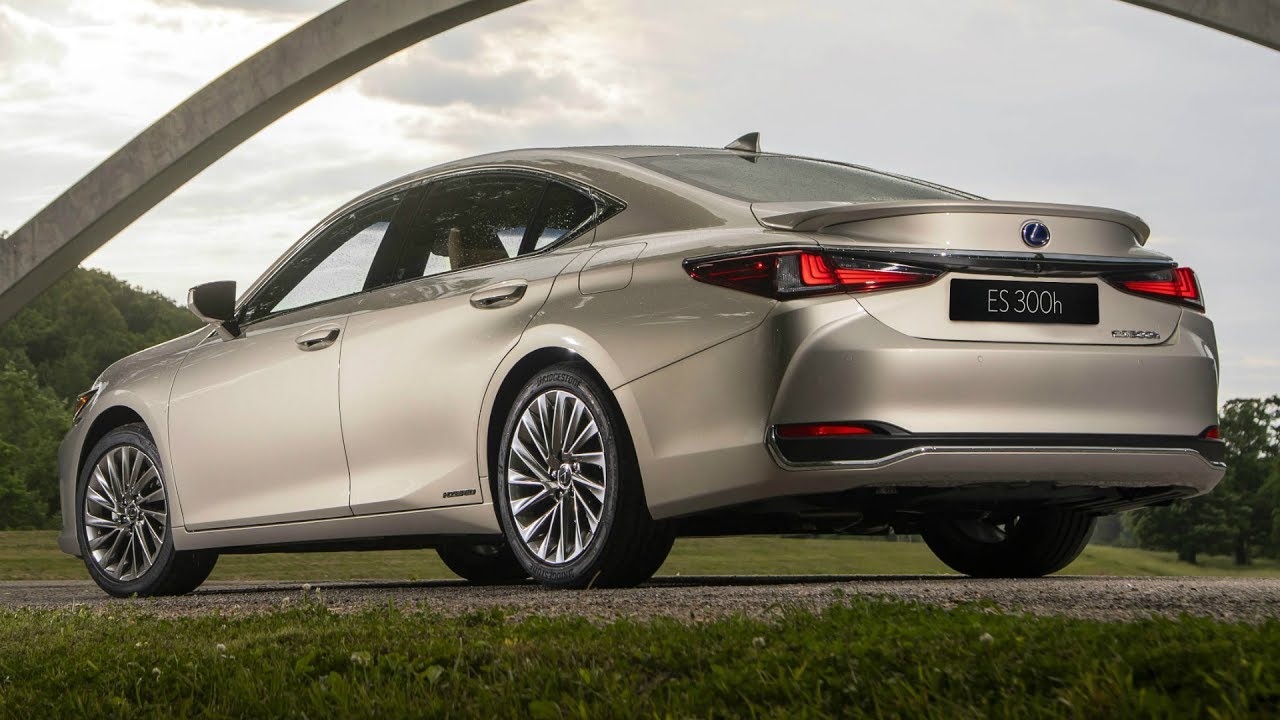 After six generations of success in the mid-size sedan category, the new, seventh generation Lexus ES is forging a new, more ambitious path. Long renowned for its comfort, refinement and luxury appointments, the new ES builds on its strengths with an all-new chassis that allows for a more dynamic exterior design and even better driving performance.

It is a further expression of Lexus’ design direction and commitment to crafting vehicles that provide more excitement, emotional connection and passion, helping bring the brand’s vision for its future to a wider audience. Traditional buyers will find the new ES more spacious, quieter and safer than ever before, while a new generation of customers will be introduced to a sedan with sharpened performance, class-leading safety technology and a level of craftsmanship rarely found in this market segment.

The seventh generation ES will be the first to be introduced to markets in Western Europe. It follows the new LS flagship sedan and LC coupe in carrying forward a new chapter in Lexus design that has a much stronger emotional quality. The eye-catching styling, made possible by the use of an all-new Global Architecture – K (GA-K) platform, will have particular appeal to customers in the region, together with a more engaging driving experience and even higher safety provisions. The range will include the ES 300h, on sale from December 2018, powered by a new self-charging hybrid system, together with the ES 200, ES 250 and ES 350 petrol engine models that will go on sale from September 2018.

Lexus achieved close to 75,000 sales in Europe in 2017, its highest total yet, marking a fourth consecutive year of growth. The new ES sedan will be a core model in its line-up, contributing to Lexus’ ambition to reach 100,000 annual new car sales in Europe by 2020.

The new ES is built on the all-new Global Architecture – K (GA-K) platform, giving Lexus the opportunity to explore the limits of mid-size luxury sedan design. The car is longer (+65 mm), lower (-5 mm) and wider (+45 mm) than its predecessor. The longer wheelbase (+50 mm) allows the wheels to be pushed closer to the car’s corners, with wider front and rear treads (+10 and +37 mm). Its stance and proportions reflect its new-found performance capabilities and give the ES the kind of eye-catching appeal that will make owners and admirers take a second look.

The new GA-K platform allowed for a lower hood line, which gave Kajino’s team the freedom to produce a distinctive silhouette with a strong downward slant, creating a dynamic yet fluid shape. Up front, the ES’ face is dramatically different according to model. The standard versions display elegant, vertical bars that radiate out from the centre of the signature Lexus spindle grille, while the F SPORT models – featured for the first time in the ES range – adopt a black cross-hatch pattern that corresponds with cut-out sections at the car’s front corners.

In a break with past generations, the design features a fast roofline that emphasises the vehicle’s lower stance and slippery aerodynamics. The rear end is clean and sharply chiselled, with LED lamps that wrap around the quarter panels to generate a continuous styling line when viewed from any angle. F SPORT models add a rear spoiler, badging and dark lower valance to add emphasis to the look. Three different 17 and 18-inch wheel designs are available for the standard ES models, with the F SPORT versions running on 19-inch wheels1 that are similar in appearance to those found on the Lexus LC coupe.

A palette of 12 colours includes new beige and green shades. Ice Ecru is designer to mimic light reflected off fresh snow, while Sunlight Green is inspired by ocean water in sunlight. The two exclusive colours – Heat Blue and F White – are available for F SPORT models, complementing its high-energy design.