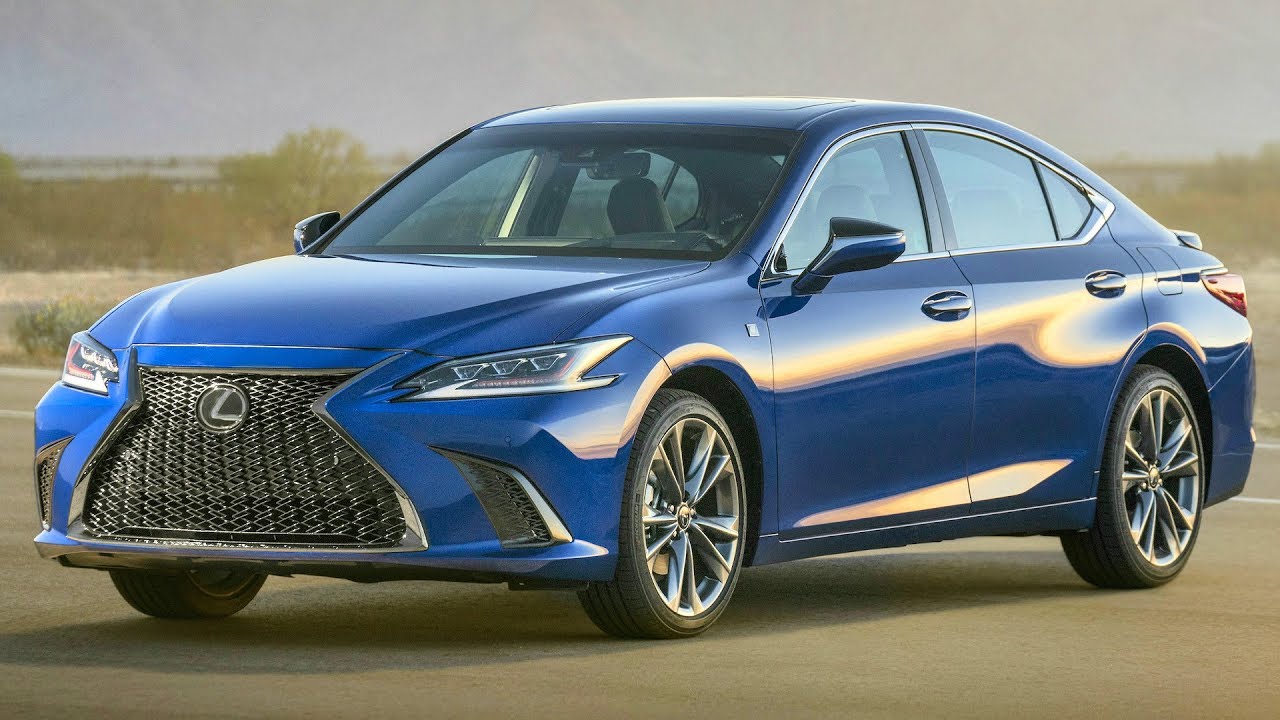 All ES 350s are powered by a 3.5-liter V6 that is designed to deliver commanding acceleration along with an invigorating sound. With an update to D4-S fuel injection, the impressively smooth engine now develops 302 horsepower and 267 pound-feet of torque. Both of those numbers are up significantly (+34 hp, +19 lb-ft) compared to the previous generation V6.

In addition to the boost in power, the ES 350 also benefits from a new eight-speed Direct Shift automatic transmission. It uses an ultra-thin torque converter and a multi-plate lock up clutch to more efficiently transfer power to the front wheels, and has been tuned to deliver crisp, precisely timed shifts with quick responses. With a wider spread of ratios, the new eight speed is able to utilize high torque gears on the low end for quick starts and tall gearing on the high end for optimum efficiency.

Not to be outdone by its gasoline siblings, the ES 300h is capable of delivering exceptional fuel efficiency, responsive performance and minimal emissions for an entry-level luxury sedan. A new, fourth-generation Hybrid Drive System couples an ultra-efficient, Atkinson cycle 2.5-liter, four-cylinder gas engine with a lighter, more compact, more power dense electric motor and self-charging hybrid system. Together they deliver a combined 215 total system horsepower and a preliminary estimate of 44 mpg in combined driving.

An all-new engine, the 2.5-liter four-cylinder incorporates fast-burn combustion technology that makes it one of the most thermally efficient engines ever offered in a Lexus. The result is more power without increasing emissions or fuel consumption. Various methods were used to achieve such impressive results including straight intake ports, increased valve angles and laser-clad valve seats. A variable capacity oil pump, multihole injectors, VVTi-E on the intake valves and a variable cooling system also contribute to the engine’s impressive heat and combustion management.

Overall drivability of the ES 300h has been improved thanks to a more sophisticated hybrid system control computer that is better able to mimic the feel and power delivery of a standard gas engine. An all-new nickel metal hydride battery is smaller than before which allows it to be mounted underneath the back seat so it doesn’t infringe on trunk space.

When it goes on sale in September, the 2019 Lexus ES will usher in a new era for one of the brand’s most popular models. Much like the flagship LS, the new ES sedan addresses the need to engage a broader range of customers. It delivers everything that traditional Lexus buyers expect along with elements that will draw in those who haven’t considered the brand before. Bolder styling, more dynamic performance, unique cabin materials and the latest technology add a chapter to the ES story that hasn’t been told, but that all changes in 2018.

Staying connected has never been so important to ES owners, so there are now multiple ways to engage with technology in a safe and convenient manner. For example, the seventh-generation ES is the first Lexus product to offer Apple CarPlay™ phone functionality, enabling drivers to control their iPhones® through the dashboard display screen or with Siri Eyes Free® voice control.

The ES is also Amazon Alexa®-enabled, so drivers can use natural language commands to control a variety of functions. That functionality includes car-to-home and home-to-car commands, so owners who have Alexa enabled devices in their home can interact with their ES before they ever get behind the wheel.

On board Wi-fi powered by Verizon is also available on the ES as part of an optional navigation system that includes an easy-to-read 12.3-inch wide dashboard display. Along with its on-board data set, the navigation system is also capable of receiving over-the-air updates for improved routing and the latest Points of Interest (POIs). Models without navigation will use an 8-inch display and all interactions will be controlled through the Remote Touch Interface (RTI) trackpad.

The engineering team led by Yasuhiro Sakakibara had one clear goal when it came to the ES: transform the image of the ES. That meant turning a sedan known primarily for comfort and quietness into one that is equally capable of delivering class-leading handling and power that you can feel and hear.

The starting point was the newly developed GA-K chassis. It’s an exceptionally rigid front-wheel drive chassis, rivalling the GA-L rear-wheel drive platform used for the LC coupe and LS sedan in terms of torsional stiffness. Various grades of high-tensile steel reduce weight versus previous platforms while additional enhancements like an all-new multi-link rear suspension design, rack-mounted electric power steering and a V-brace mounted behind the rear seat gave the engineers the flexibility to tune the ES with a newfound level of precision.