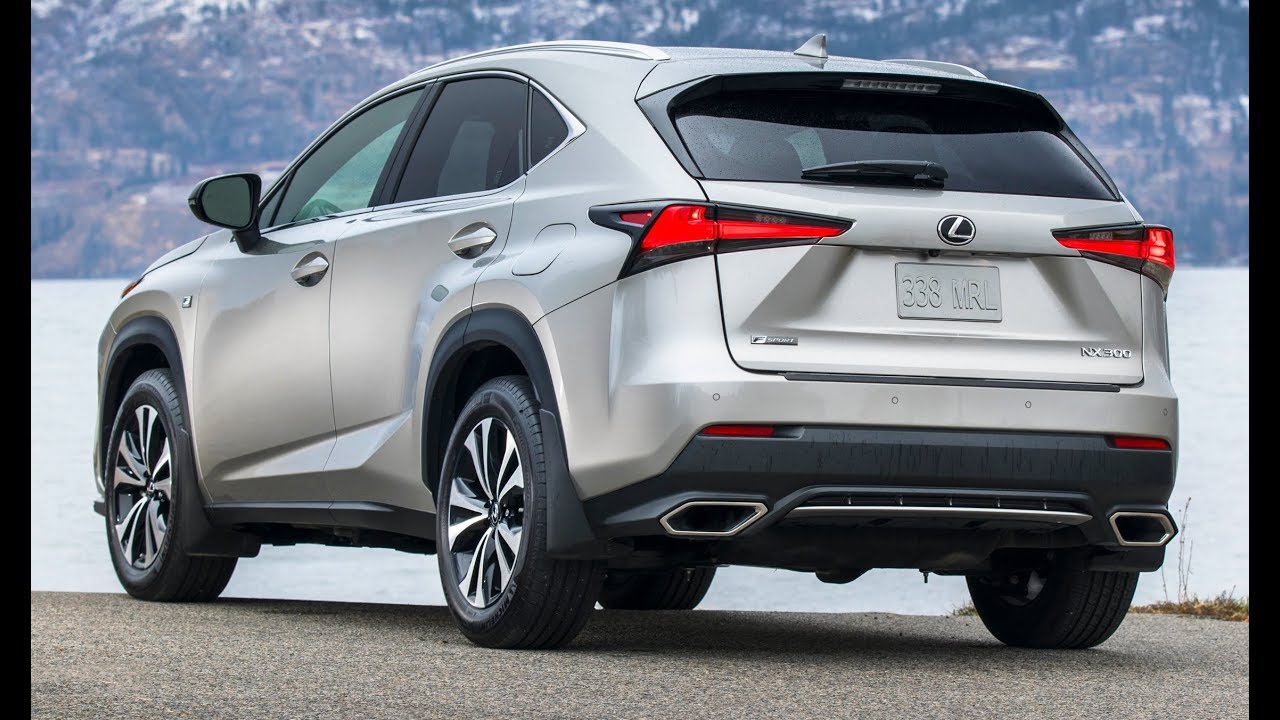 2019 Lexus NX 300 F Sport – Luxury Compact SUV. The 2019 Lexus NX is a premium-compact-crossover SUV. A strong-selling one, at that. Regardless of whether people like the company’s styling approach, it always seems like Lexus can’t make enough crossover SUVs, even though it makes thousands. And the premium-compact category is burgeoning. The NX is based on the Toyota RAV4, but has its own exterior and interior designs, plenty of standard safety features, there’s a lot of technology available, and there are the options of all-wheel drive and a hybrid version. In the larger fray — that includes the Acura RDX, Audi Q5, BMW X3, Jaguar F-Pace, Mercedes-Benz GLC-Class and Volvo XC60 — the 2019 NX is quite reasonably priced. Lexus also performs well in the resale-value stakes.

Interior
The inside of the 2019 NX is full of classy materials arranged in designs that bear some distant relation to the exterior’s lines. But nothing is too distracting, except perhaps the 8-inch infotainment display right at the top of the center console and the Remote Touch interface that controls it, although this latter item was improved last year and is less tricky than before. Places where elbows come into regular contact with the cabin are cushioned and the hushed ambiance helps to convey the overall air of luxury. Cargo space behind the rear seats is 17.7 feet. Fold them down for 54.6 cubic feet. The NX 300h reduces those numbers to 16.8/53.7 cubic feet.

Exterior
Lexus persists with its “spindle grille” approach. When reviews use the word “polarizing” in relation to car designs, they really mean that only the designer’s mother could find something positive to say. But here’s the thing, while some manufacturers are aping Audi, no one is copying Lexus. There is something positive, though. Lexus designs used to be forgettable, but the 2019 NX at least makes a visual impact. And not just with that grille, but also with intricate LED headlights and sculpted 3-dimensional taillights.

Under the Hood
The 2019 NX 300 employs a turbocharged 2.0-liter 4-cylinder engine making 235 horsepower and 258 lb-ft of torque. That’s more or less respectable. For some kind of comparison, the BMW X3 has 248 horsepower. Front-wheel drive (FWD) is the default setup. The all-wheel-drive (AWD) NX 300h has a total hybrid system output of 194 horsepower from a naturally aspirated 2.5-liter 4-cylinder engine and an electric motor. Lexus does not give total torque figures for its hybrid drivetrains, but the initial thrust is healthy enough. The NX 300’s turbocharged engine should run on premium gasoline, but the hybrid is fine with regular. A 6-speed automatic transmission is in the NX 300; a continuously variable transmission (CVT) is in the hybrid, featuring a kick-down feature for full power.