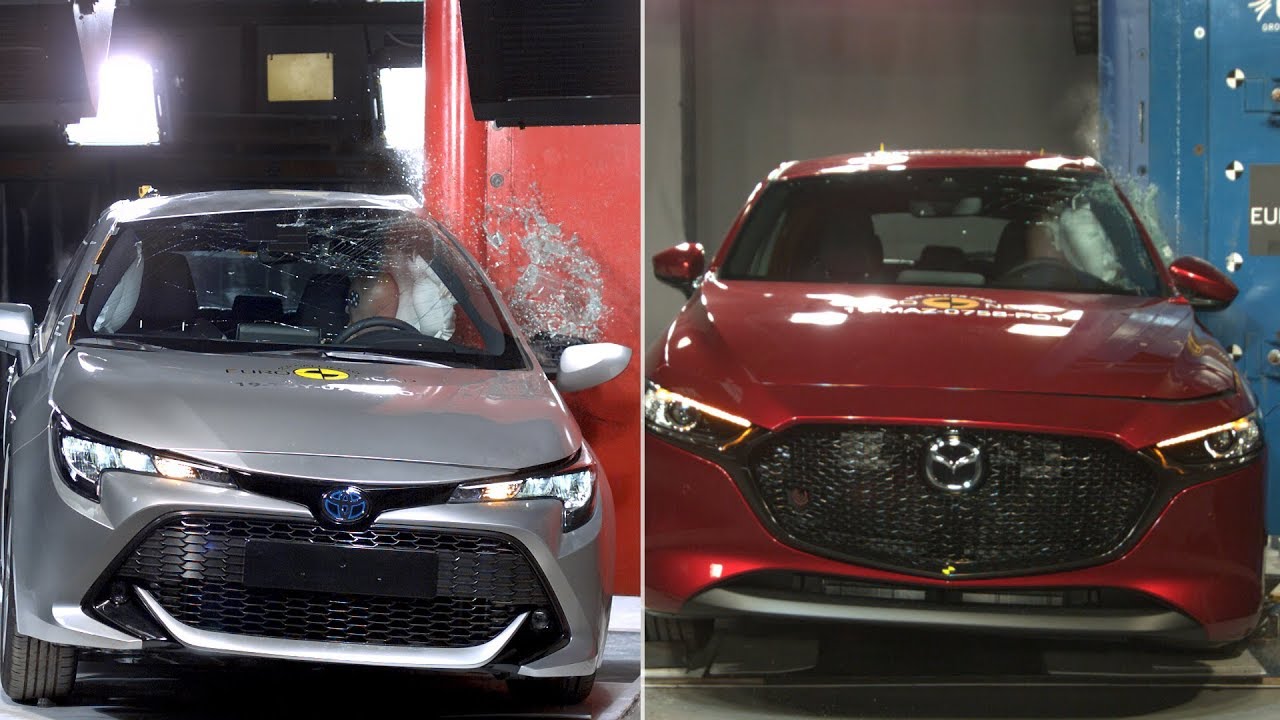 The Mazda3 hatchback was the fourth car in Euro NCAP history to reach an adult occupant protection score of 98%, after the Volvo V40 and XC60 and the Alfa Romeo Giulia. No NHTSA ratings for the Mazda3 or the Audi are yet available, but the Lexus and the Toyotas have all received five-star NHTSA safety ratings as well. Those three were tested as hybrid variants by Euro NCAP.

Audi’s first fully electric vehicle, the E-Tron, scored 91% in Euro NCAP’s adult occupant rating, with unavailable knee airbags bringing down the score. The Mazda and the Toyotas offer them for the driver only, and the Lexus has the passenger’s knees covered as well.

The Lexus UX managed a 96% adult occupant score, close to the Mazda, and it provided better pedestrian safety (82%) than the Audi (71%), despite neither, or none, of the test vehicles having an active hood to catch pedestrians. As for the Toyotas, the Corolla, tested in both sedan and hatchback guises, scored 95% for adult occupant safety, with the RAV4 a couple notches down at 93%. Still, the five-star rating means all these vehicles are a very safe choice in their respective classes.

Michiel van Ratingen, secretary general of Euro NCAP, states how important it is that even family hatchbacks perform well and have the latest safety tech available. “It is encouraging to see that all manufacturers did well, regardless of type of powertrain or class of vehicle tested,” said van Ratingen. “New cars on the market continue to offer more advanced technology as standard, systems that were not even considered an option a few years ago.”