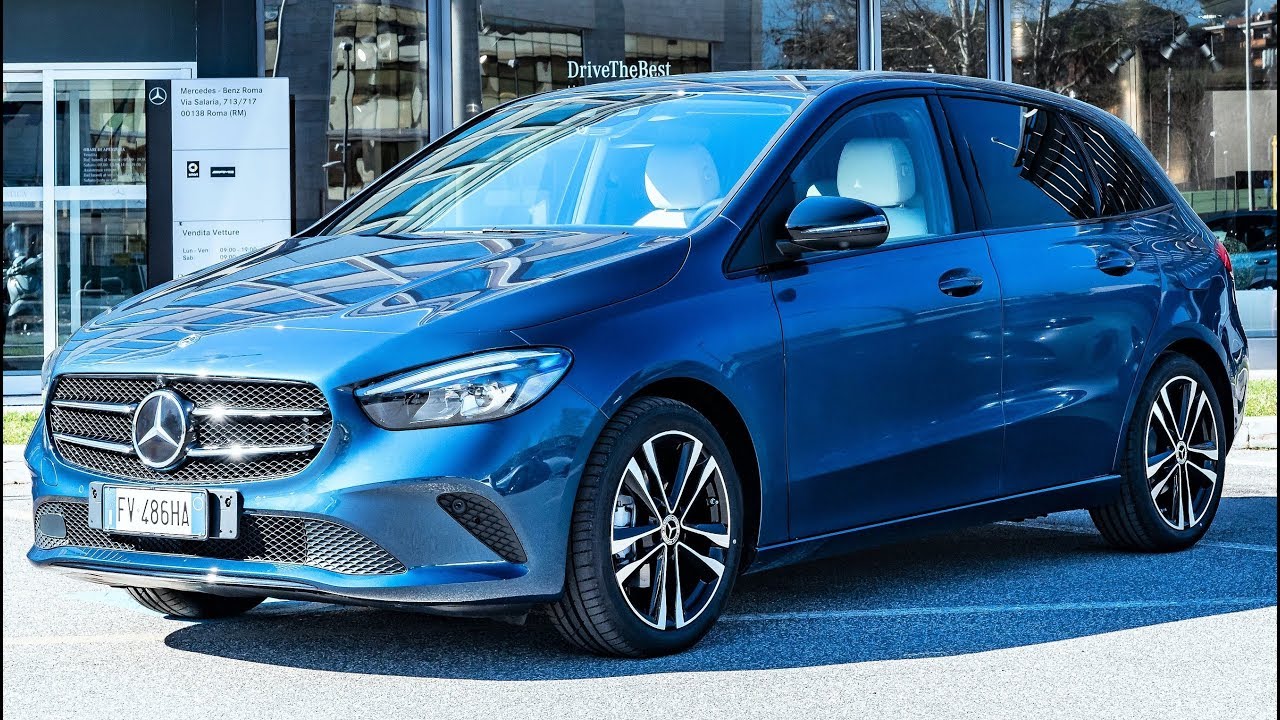 The interior has been fine-tuned in many places: the improved passage over the centre tunnel in the rear makes for a more accessible middle seat. The rear seat backrest comes as standard with a 40:20:40 split. Depending on version, from mid-2019 it will be possible to slide the rear seats forward by 14 centimetres and to move the backrest into a more upright position to vary the capacity of the luggage compartment behind the rear seats between 455 and 705 litres. Although the capacity is roughly the same as in the previous model, the luggage compartment can be more efficiently used thanks to the improvements.

With the rear seat folded down and luggage loaded to the roof, the luggage compartment, which is flat thanks to the adjustable load compartment floor, can accommodate up to 1,540 litres behind the front seats. A folding backrest of the front passenger seat (optional extra, expected to be available from mid-2019) makes for an even longer loading length.

An EASY-PACK tailgate is optionally available. It can be conveniently opened or closed automatically at the press of a button, even by means of a foot movement in combination with optional HANDS-FREE ACCESS.

The new B-Class comes with driving assistance systems with cooperative driver support, thus providing one of the highest levels of active safety in this segment with functions from the S‑C lass. For the first time, the B-Class is able to drive semi-autonomously in certain situations. To do so, it employs improved camera and radar systems to anticipate the traffic up to 500 metres ahead while using map and navigation data for assistance functions. For example, Active Distance Assist DISTRONIC as part of the Driving Assistance package is able to support the driver in many route-specific situations, anticipatory and conveniently adjusting the speed, e.g. when approaching bends, junctions or roundabouts. Also on board are Active Emergency Stop Assist and intuitively understandable Active Lane Change Assist.

The new B-Class comes as standard with extended Active Brake Assist, which can help mitigate the severity of rear-end collisions with slower-moving, stopping or stationary vehicles ahead – and now even with crossing pedestrians or cyclists – or prevent them altogether.

The new B-Class was developed and tested at the new Vehicle Safety Technology Centre (TFS), too. The design of the vehicle structures with regard to geometry, material thickness, joining technique and material quality incorporates findings from real-world accidents. Many bodyshell components are made of high-strength and ultra-high-strength steel to obtain high strength with lowest possible weight, because the core of the safety design of the body is the highly stable passenger cell.

Driver and front passenger are provided with three-point seat belts with pyrotechnic belt tensioners and belt force limitation. In combination with the PRE-SAFE® system (optional extra), the front seats are additionally equipped with electrically reversible belt reel tensioners. Both of the outer rear seats are fitted with a seat belt with reel tensioner and belt force limiter. The new B‑Class comes as standard with airbags for driver and front passenger, kneebag for driver and windowbags and sidebags (combined thorax/pelvis bag). Rear sidebags are optionally available.

At least as agile as its predecessor while even more comfortable – that was the development brief handed to the suspension specialists for the new B-Class. Depending on the version, several options are available for the basic configuration, including a lowered comfort suspension and a suspension with active adaptive damping, which lets the driver control the damper tuning while driving using DYNAMIC SELECT. The system uses an electronic valve, the control of which additionally analyses the driving state and optimises the damping rate individually for each wheel.

In all versions of the new B-Class, the front wheels feature McPherson struts and forged-aluminium wishbones, to which are attached cast-aluminium steering knuckles. This makes the unsprung mass as low as possible in the interests of road-holding and comfort.

At the rear, the models with the entry-level engine variants come with a compound crank rear axle in the basic configuration. In combination with the more powerful engine variants or if the customer opts for one of the optional suspension systems, use is made of a sophisticated four-link rear axle, which is made extensively of aluminium to reduce the unsprung mass. The three wishbones and one trailing arm on each of the rear wheels are mounted on a subframe, which is isolated from the bodyshell by rubber bushings to reduce the transfer of vibration and noise from suspension to body. Single-tube shock absorbers and separate coil springs are used for both the four-link and the compound crank rear axle.