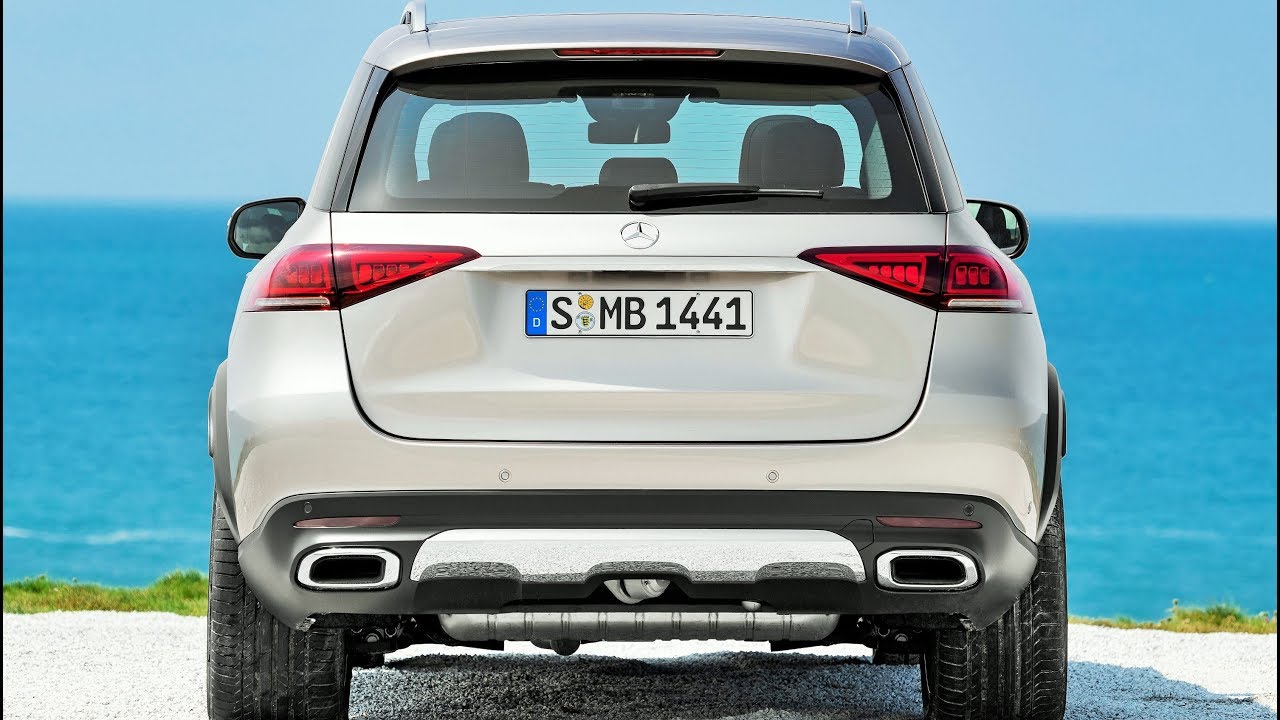 2019 Mercedes GLE – Powerful And Elegant SUV. 2019 Mercedes-Benz GLE – Drive, Interior and Exterior. Color: Mojave Silver. Subscribe.
#GLE #MercedesGLE
The new Mercedes-Benz GLE will be presented to the public for the first time at the Mondial de l’Automobile in Paris (4 to 14 October 2018). It will be in the dealerships in early 2019 (USA and Europe), and in spring 2019 in China. The GLE is produced in Tuscaloosa (Alabama/USA).

The five most important innovations in the new GLE:

– E-ACTIVE BODY CONTROL: Fully networked hydropneumatic, active suspension on a 48-volt basis, for the first time in combination with the likewise newly developed air suspension. This is the only system in the market where the spring and damping forces can be individually controlled at each wheel. This means that it not only counteracts body roll, but also pitching and squat.
– Active Tailback Assist: This driving assistance system enables the GLE to recognise tailbacks at an early stage, actively support the driver in stop-and-go traffic up to approx. 60 km/h and even help to form a rescue lane
– Turn-off function of Active Brake Assist: If there is a danger of a collision with oncoming traffic when turning off across a carriageway, the GLE can be braked at the speeds typical of such manoeuvres.
– 4MATIC: Available for the first time for models with six and eight-cylinder engines and the plug-in hybrid, fully variable all-wheel drive (Torque on Demand, TonD) controls the torque distribution between the front and rear axle from 0‑1 00 % depending on the selected driving mode. With the optional Offroad package, and as a world first, likewise fully variable all-wheel drive (TonD) with a low and high range is available. This makes the GLE more off-road capable than ever.
– Seating comfort: The new GLE has a much longer wheelbase (plus 80 mm), with corresponding interior spaciousness. Comfort is particularly enhanced by the optional, fully electrically adjustable second seat row – a third seat row is also available as an option.

The new Mercedes-Benz GLE will be launched with the new in-line six-cylinder petrol engine, and other engines including diesels and a plug-in hybrid will follow.

The Mercedes-Benz GLE 450 4MATIC as the first petrol model is powered by a six-cylinder engine systematically electrified with 48-volt technology, and is available on market launch. Its performance data: 270 kW (367 hp) and 500 Nm of torque, with a further 250 Nm of torque and 16 kW/22 hp available via EQ Boost over short periods. The integrated starter/alternator (ISG) is responsible for hybrid functions such as EQ Boost or energy recuperation, while allowing fuel savings that were previously reserved for high-voltage hybrid technology.

ISG eliminates the need for a belt drive for ancillary components at the front of the engine, which reduces its overall length. The slim design, together with the physical separation of intake/exhaust, creates space for near-engine exhaust aftertreatment. The 48-volt on-board power supply serves not only high power consumers such as the water pump and air-conditioning compressor, but also the Integrated Starter Generator (ISG), which also supplies energy to the battery by means of highly efficient energy recuperation.

In all variants of the new GLE, power is transmitted by the 9G-TRONIC automatic transmission. The broad ratio spread of gears one to nine allows a clearly perceptible reduction in engine speed and is a decisive factor behind the high level of energy efficiency and ride comfort. With the four cylinder engines, 4MATIC all-wheel drive is realised with a transfer case which transmits the drive torque to the axles in a fixed ratio of 50:50 percent. Spinning wheels are braked by braking intervention at the relevant wheel.

A transfer case with an electronically controlled multi-disc clutch is used for the other engines, e.g. in the GLE 450. This allows a variable transfer of drive torque from 0-100 percent (torque on demand) between the axles. Also new, and available as an option, is a transfer case specially configured for superior off-road driving characteristics. In addition to the controlled multi-disc clutch with torque-on-demand function, this has a reduction gear set and an automatic locking effect from 0-100 percent for off-road driving.

Also when driving on the road, and particularly when cornering, the two fully networked transfer cases with torque on demand allow a further improvement in handling safety and agility by specifically influencing the degree of yaw to induce oversteer or understeer.

The new GLE is the debut of the latest generation of Mercedes-Benz driving assistance systems giving cooperative support to the driver. The level of active safety has not only been improved further compared to the preceding model, as some Intelligent Drive functions are also unrivalled beyond the SUV segment.