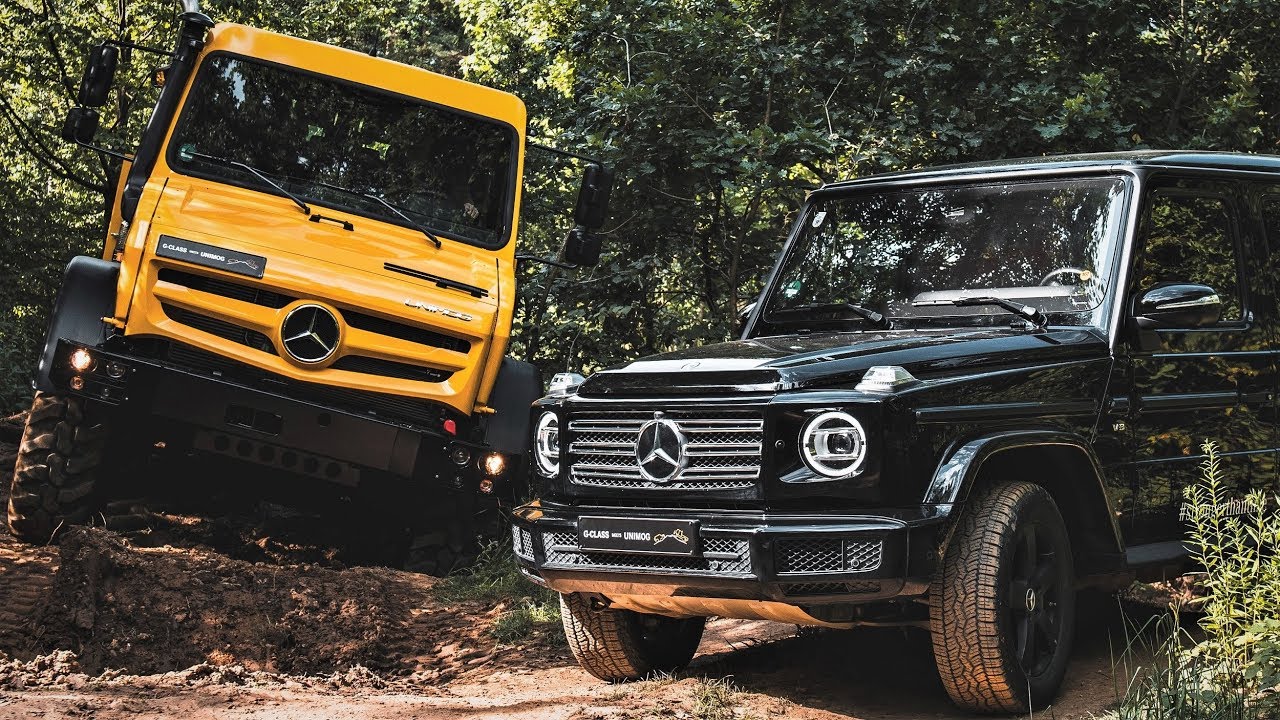 Vehicles that rise to top form in extreme terrain, have captivated with amazing technological feats for decades and have a dedicated worldwide fan base in their corner. Mercedes-Benz has no less than two of them. What the G-Class is in the passenger car sector, the Unimog is among commercial vehicles. And while the G-Class is celebrating its 40-year anniversary this year, the Unimog can look back on a tradition that spans more than 70 years. Enough reasons to bring both of them together for a summit.

There are vehicles that whet the appetite for adventure and arouse the childlike urge to play in every adult: The Mercedes-Benz G-Class and the Mercedes-Benz Unimog are among them. As unique characters, they both have been taking their very own path for many decades. And this path often starts where others already have reached the end of theirs – thanks to their off-road capabilities. Both of them have already repeatedly demonstrated their reliability and ability to get anywhere at the Dakar Rally and other events. In addition, the Unimog and the G-Class share maximum robustness and durability as well as the tremendous model variety, with which they fulfil virtually any customer request. No wonder that they also cut a splendid figure in Hollywood: In the blockbusters “Jurassic World” of 2015 and “Transformers: The Last Knight” from the year 2017, the two icons even shared the screen. The current G-Class celebrated its world première in Detroit in January 2018 with Arnold Schwarzenegger on stage. In addition to the G-Class, the superstar once also had a Unimog sitting in his garage.