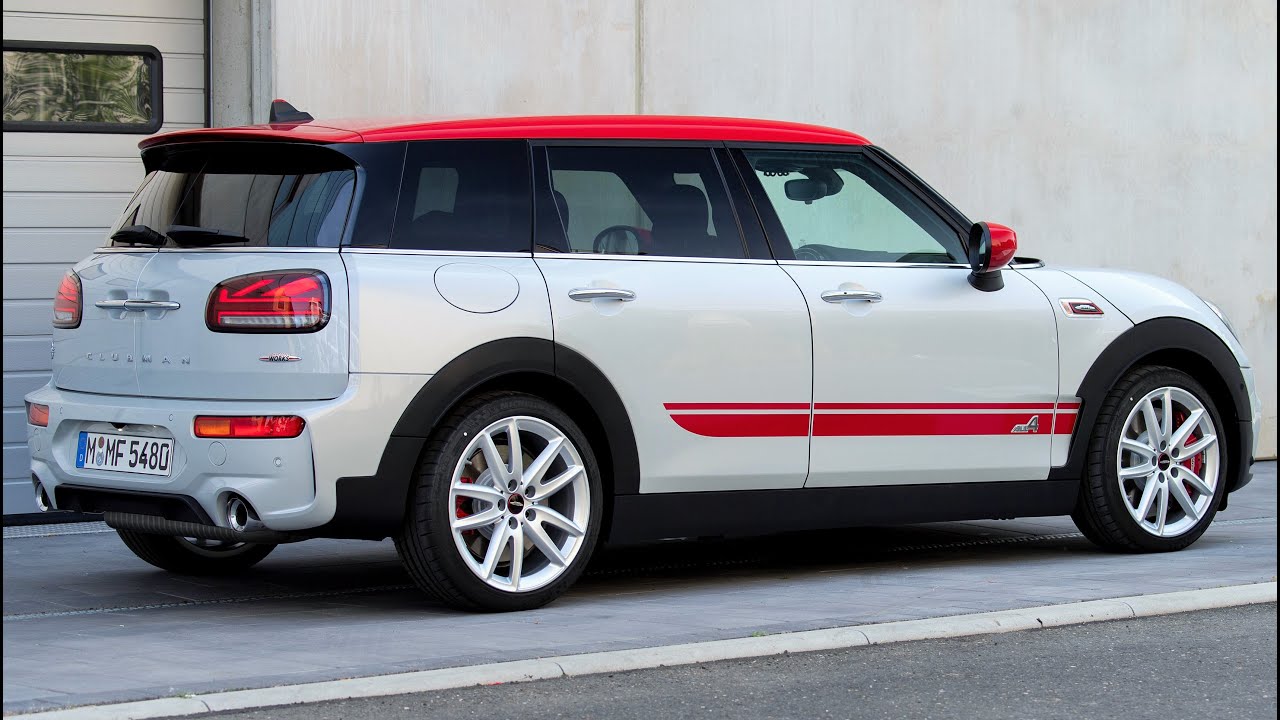 Speed burst manoeuvres are accompanied by the striking sound of the newly developed, model-specific sport exhaust system. The extreme output of the engine makes itself more intensively felt than ever before, with an emotionally charged acoustic design that matches the load requirements while underlining its performance character. When driving at a relaxed pace with optimised consumption and low engine speeds, the sound produced is more reserved and sonorous. The twin exhaust system leads into a new, particularly large-volume rear silencer. With its low level of exhaust back pressure, this benefits the engine’s spontaneous power delivery. The external diameter of the tailpipe trims integrated in the right and left of the rear apron is 95 millimetres for the new MINI John Cooper Works Clubman and 85 millimetres in the new MINI John Cooper Works Countryman. To optimise emissions, the sports exhaust system is fitted with a petrol particulate filter. Emission control in both of the new John Cooper Works models is in line with the Euro 6d-TEMP standard.

The transverse-mounted front engine in both of these extreme sport vehicles transmits its phenomenal power to the 8-speed Steptronic sports transmission – another new development. The latest generation of the transmission displays enhanced internal efficiency and an extended steering axis inclination. This means lower engine speeds when driving in a higher gear, which translates to lower fuel consumption. A new transmission control increases both the gear shift dynamics and driving comfort. Gear shifting and acoustic comfort have also been further optimised. The converter lockup clutch closes immediately after driving off, creating a direct connection to the engine, accompanied by a spontaneous driving experience. Shift paddles are mounted as standard on the steering wheel for manual gear selection. Moreover, the 8-speed Steptronic sports transmission offers a launch function for accelerating from standing with optimum traction and maximum dynamics.

The new automatic transmission also features an integrated differential lock It functions transversely to reduce the speed compensation between the front wheels. Under load conditions, this means that a locking effect of up to 39 percent can be generated. The mechanical differential lock is interconnected with the DSC (Dynamic Stability Control), which aids both the traction of the new MINI John Cooper Works Clubman and the new MINI John Cooper Works Countryman on loose terrain or in poor weather conditions, as well as the driving dynamics when taking bends with a sporty driving style. The locking effect has the result of transferring the drive torque to the other wheel should one front wheel start to spin. This prevents a loss of traction while maintaining propulsion – even with differing frictional values between the left and right wheels. Similarly, the differential lock supports the vehicle’s agility when changing direction quickly or accelerating dynamically out of a bend, by applying targeted shifting of the drive torque.