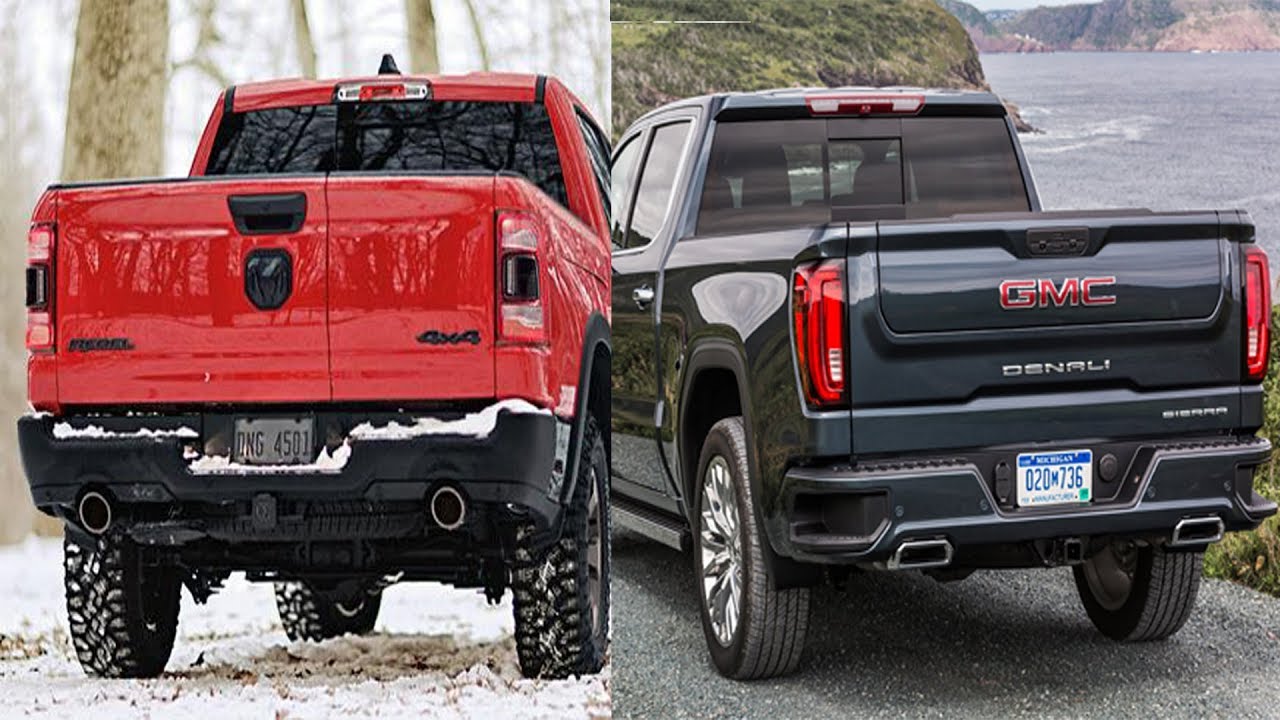 2019 Ram 1500 vs 2019 GMC Sierra – Tailgate Wars. Full-size trucks are more advanced than ever. But two, in particular, the Ram 1500 and GMC Sierra, offer some of the most modern features. The Ram has a massive 12.0-inch touchscreen and a cushy air suspension. The Sierra, meanwhile, has a trick V8 that can deactivate cylinders and some of the best towing tech in the class.

But arguably more important than either of these two trucks’ tech, engines, or towing abilities, are the tailgates. That’s right, the tailgates. Both of these trucks now offer trick tailgates that seek to make life easier for the average buyer. At the Chicago Auto Show, we briefly put both of them to the test.

GMC dropped the mic with the debut of its new MultiPro tailgate. The highly maneuverable tailgate moves in six different ways, acting as a staircase, a workbench, and a bit of everything in between. It’s so good, in fact, we said it “reinvents the concept of loading a truck bed entirely” in our first drive.

But Ram isn’t far behind. In Chicago, the company showed off its optional Multifunction tailgate. Unlike the Sierra, the Ram’s tailgate doesn’t require a PhD to use; the four-way tailgate lowers normally but also splits like a French door. It makes loading and unloading easier, theoretically – the only downside is that it doesn’t have a built-in staircase. Though, you can still get an optional step, which works perfectly fine.

Which one of these two truck tailgates is best?