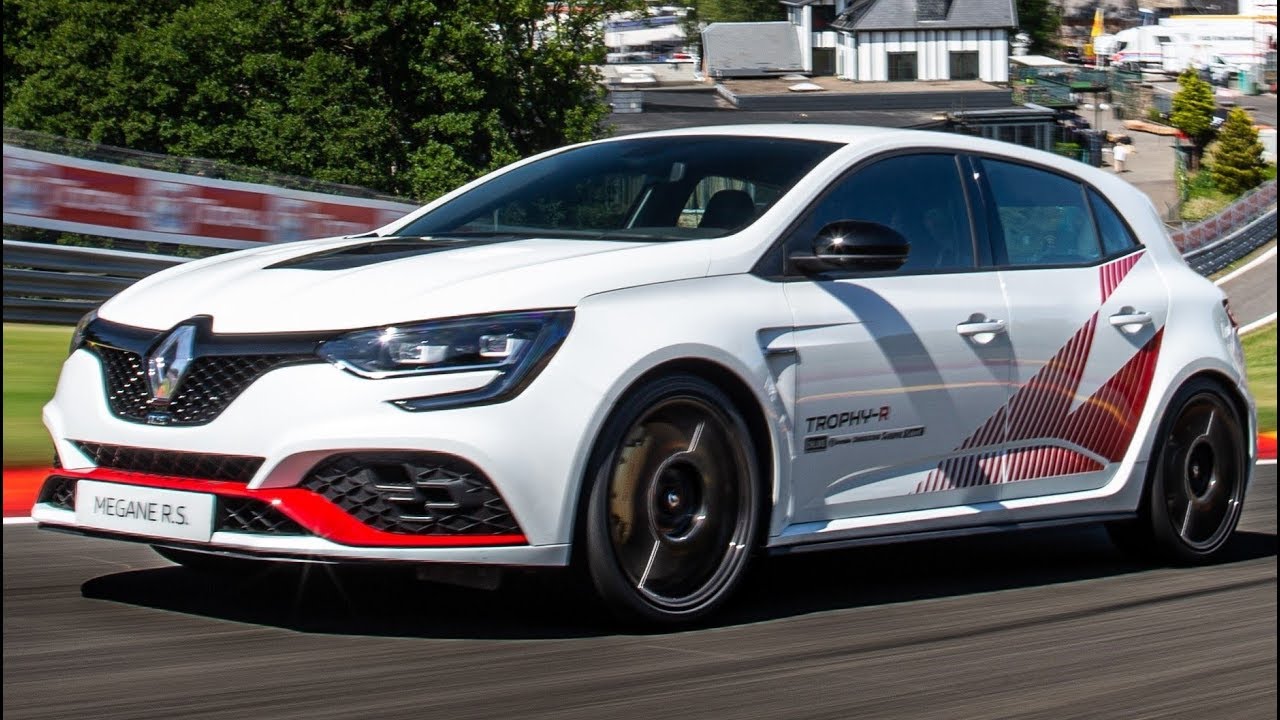 – The MÉGANE R.S. TROPHY-R is a new version of a story that began 15 years ago, in which, like its illustrious predecessors, it sets new circuit records in the front-wheel-drive production-car category, continuing Renault Sport’s passion for challenge and performance.
– Compared to the Mégane R.S. Trophy, the Renault MÉGANE R.S. TROPHY-R, equipped with the same 300 hp engine, owes its increased speed to the weight reduction (up to 130 kg), the work on aerodynamics and the more radical development of its ground links
– The Renault MÉGANE R.S. TROPHY-R will be launched on the market before the end of 2019, in the form of a limited and numbered series with 500 hundred examples.

In the tradition of Renault Sport, this new generation of MÉGANE R.S. TROPHY-R owes its performance to its pure power, since its 300 hp engine is that of the Mégane R.S. Trophy, launched in early 2019. The MÉGANE R.S. TROPHY-R was developed as a racing car in a very short time, by a small dedicated team that focused on three aspects: maximum weight reduction (up to 130 kg compared to the Mégane R.S. Trophy excluding options), reworked aerodynamics and a more radical development of its drive axles.

In line with the record set at the Nürburgring, Renault Sport’s passion for the sport has led to new challenges, such as the one at the Spa-Francorchamps circuit, which was the highlight of the prestigious Total 24 Hours of Spa race. The New MÉGANE R.S. TROPHY-R set a new absolute official record and a reference time for a production city-car on the Spa-Francorchamps circuit. The record on the Belgian circuit was broken during R.S. Days, in front of the fans, at 11:55 on 24 July, 2019.

Beyond the fans present on site, the record was followed live by the entire Renault Sport community on its social networks. An outstanding initiative and virtually unprecedented throughout the industry.

These R.S. Days were held around a Formula Renault Eurocup event on the “Toboggan of the Ardennes” as it is nicknamed, one of the most beautiful circuits in the world with its series of mythical curves such as the Raidillon de l’Eau Rouge. It was the opportunity to (re)discover Renault Sport models of yesterday and today, and also to have exclusive meetings with experts and drivers of the various championships. It’s the ultimate expression of the “from track to road” principle, with customer events that perfectly complement race weekends. The owners of R.S. models were able to drive on the track between two test sessions. They were also able to meet Laurent Hurgon who is always happy to share his passion with fans up close.

The story of the Mégane R.S. and its records has been going on for more than 10 years, notably on the Nürburgring circuit. It started in 2008 with the very first record in the front-wheel-drive production car category: The Mégane R.S. R26.R completed the Nordschleife lap in 8’17’. A time that was shattered 3 years later, in 2011, by the second generation Mégane R.S. Trophy version, in the hands of the car’s driver-builder, Laurent Hurgon (8’07”97). In 2014, he passed under the 8-minute mark (7’54”36) for the first time with the Trophy-R version of the Mégane III R.S. He was also the one who drove the New MÉGANE R.S. TROPHY-R to set a new against-the-clock reference time of 07’40”100 on the 20,600 km Nordschleife circuit (or 07’45”389 on the official full lap of 20,832 km), in a chase for records in which gaining every second has become that much harder. Now, Laurent Hurgon has set a new record this time on the circuit of Spa-Francorchamps.

The MÉGANE R.S. TROPHY-R will be marketed before the end of 2019, in the form of a limited edition of 500 hundred examples. Price: starting at €55,000 (price in France, varies depending on country).