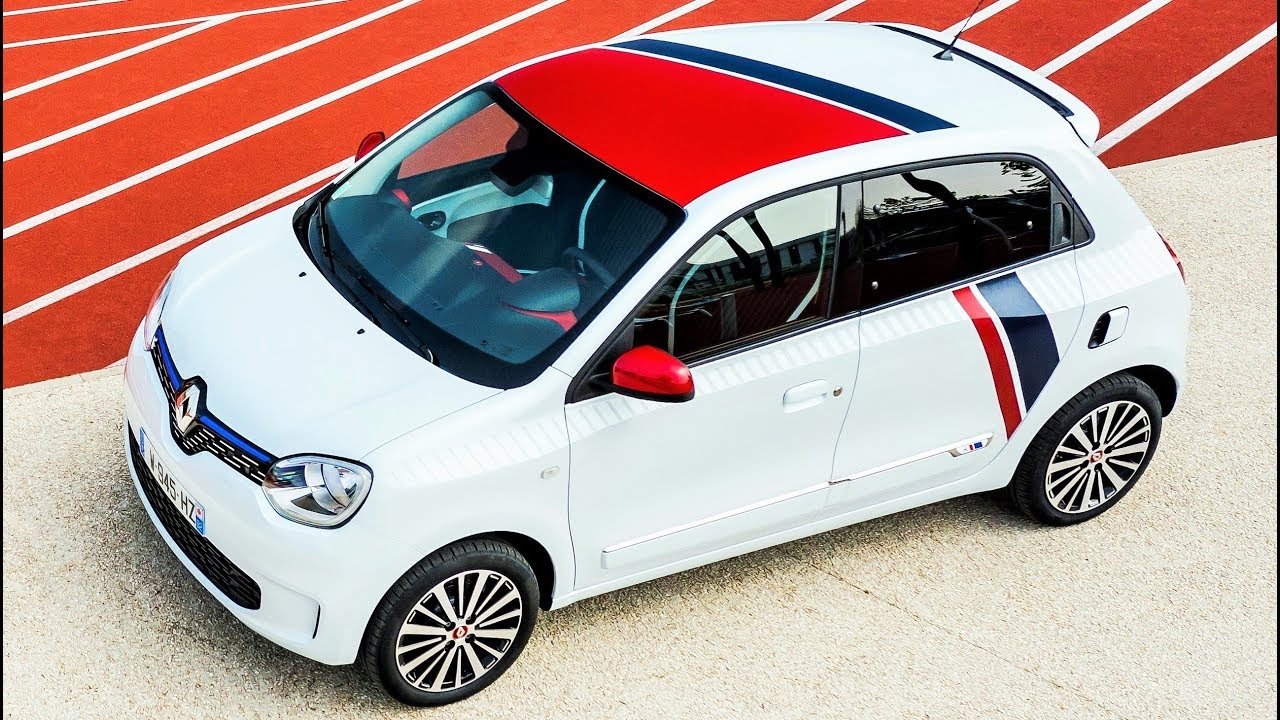 Asymmetrical side cabin strips: with French colors on the left side, its tri-color stripes evolve to reveal the le coq sportif logo on the right side. The door mirrors are red.

The white models offer a more radical look with a large tricolor lateral strip on the left side, featuring a wide blue stripe and a narrower red one, separated by the white color that runs along the side of the body and extends to the roof of the car.

Blue for the grille and red for the rear bumper, the decorative strips accentuate the asymmetrical effect and complement the distinctive le coq sportif badge featured in the protective side door moldings.

Inside the car, customers will be immersed in the le coq sportif universe through specific color and material elements: the door sills, floor mats, dashboard and gearstick bellows have also been given a singular design. An exclusive brushed aluminum plate marked “Twingo by le coq sportif” is featured at the base of the gearstick.

New Renault TWINGO remains an unequaled partner for urban adventures, thanks to its rear-mounted engine and its record tight turning circle; never before has a car been so much fun to drive. Agile and efficient, it easily weaves its way through the city.

This limited series is available with the SCe 75 and TCe 95 engines, and the choice of a manual or a dual-clutch EDC automatic transmission for the TCe 95. The latter combines responsiveness, smooth operation and reduced fuel consumption.

Since 1882, the French brand le coq sportif has been known first and foremost for its ability to resonate with athletes, whether champions or passionate amateurs, individuals or members of a team.

Its history, which has played witnessed to memorable moments in French sporting for more than 130 years, makes it a beloved brand — one that is now taking to the streets as a lifestyle car for everyday use.

With the rooster crowing in a new day as its symbol, the brand promotes positive and universal values: every day, a victory is possible!

A taste for competition and commitment to the excellence and quality of their products: Renault and le coq sportif share the same values. This partnership, initiated during Formula 1, has been extended and is now taking the form of a car with a singular and elegant design.