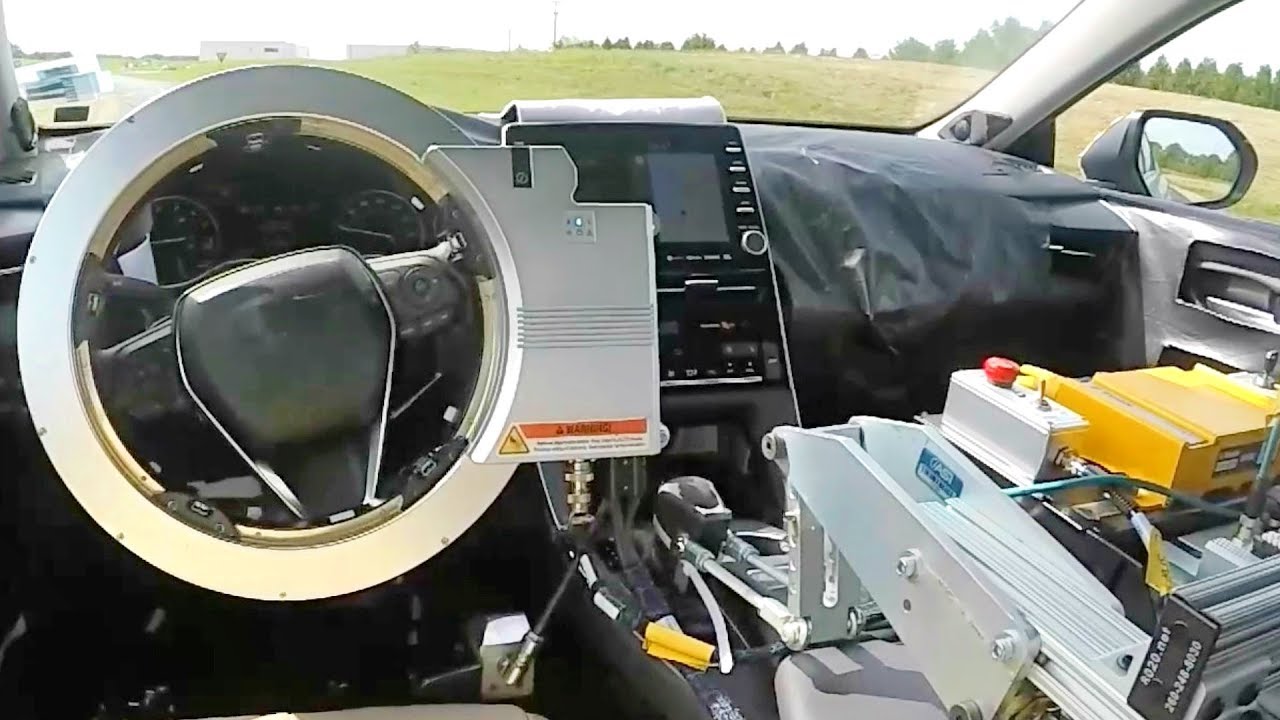 The human touch is key during Toyota’s vehicle development process- especially when fine-tuning ride handling, comfort, and other sensory aspects. There are a few times during development, however, when that hands-on, human touch isn’t always the best solution. That’s why Toyota is using automated vehicle technology during an evaluation of new vehicles known as rough-road durability testing.

Rough road durability testing for Toyota’s North American vehicles is conducted on a course in Michigan that the company specifically engineered with potholes, dips and other defects precisely placed along the track surface. These conditions inflict all the road-induced punishment that the average vehicle encounters during its lifetime into a single, bone-jarring evaluation.

In the past, engineers and technicians tasked with performing the evaluations were subjected to a very uncomfortable ride as they continuously circled the pothole-filled track. The human role in this test, however, wasn’t to provide feedback on handling characteristics, but to simply drive the vehicle at specific speeds over the horribly bumpy course. They would do this repeatedly, day-after-day, until the vehicle accumulated the necessary mileage.

Because having a human behind the wheel wasn’t critical to this specific test, Toyota engineers thought that an automated system would be very beneficial. So, when planning for durability testing began on prototypes of the all-new Avalon, Toyota invited a robot to take the wheel. Spoiler alert: using the robot resulted in greater overall safety, efficiency and reduced test times.

Don’t let the term ‘automated’ mislead you. While this test vehicle is indeed “self-driving”, it was uniquely designed for testing purposes using a combination of computers, actuators, levers, other mechanicals, and a lot of engineering know-how. In fact, the system doesn’t utilize any of Avalon’s many advanced driver assistance or navigation features, nor any of the advanced LIDAR, sensors, and cameras used by the autonomous vehicles being developed by Toyota Research Institute (TRI).

While connecting components that could remotely start, shift, steer and stop the Toyota flagship vehicle during testing was a challenge, getting it to navigate accurately was an even bigger obstacle.

After the navigation infrastructure was complete, the VPD team developed path control software allowing the Toyota R&D robot to drive a set course with an accuracy of within two-centimeters. The entire test, which stretches thousands of kilometers, was conducted and monitored by engineers and technicians in a nearby control room without the need for humans to physically occupy the vehicle through harsh testing conditions.

Aside from the benefit of higher accuracy and repeatable patterns, the robot has also allowed the team to test for longer cycles. Before installing the automated system, the test would have to be interrupted every 30-40 minutes to swap drivers. With the robot behind the wheel, the test cycles are now only limited by fuel capacity.

The robot is exclusively in use by Toyota’s North American R&D headquarters in Michigan; however, the company intends to explore possible applications of the system at other Toyota R&D facilities in the future.