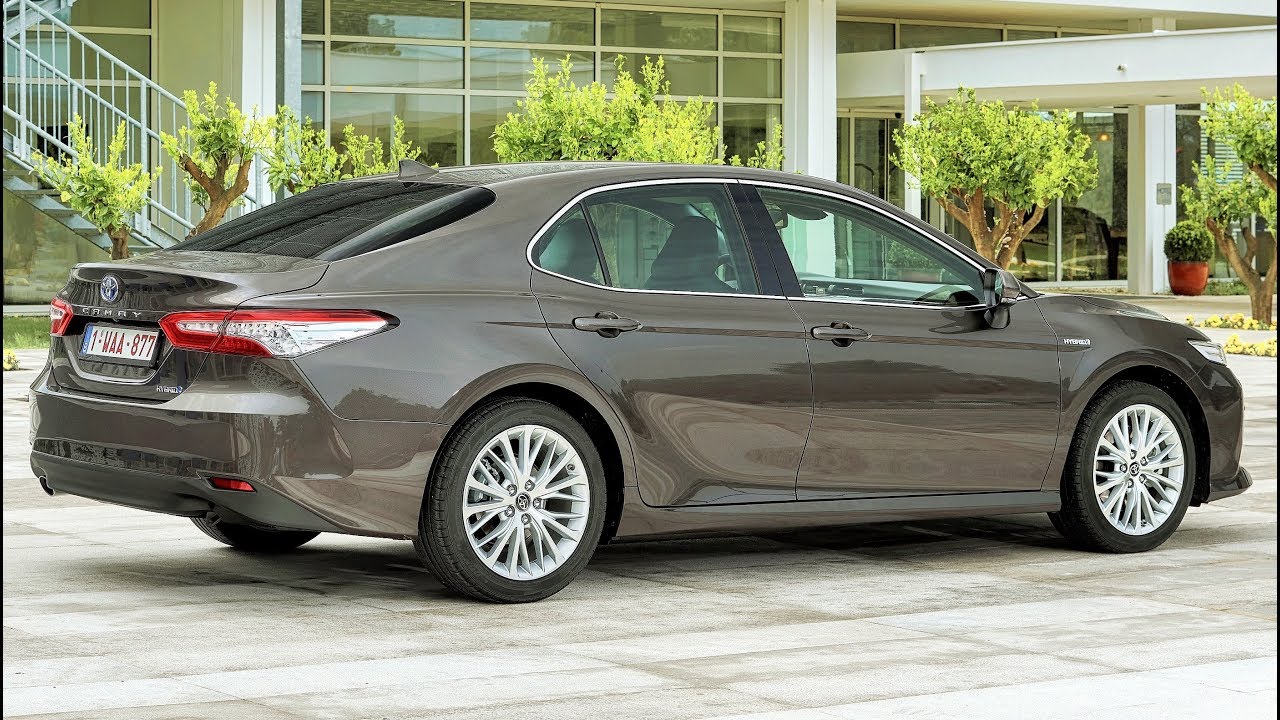 The new Camry Hybrid’s 2.5-litre Hybrid Dynamic Force powertrainfulfils all the requirements that customers have come to expect from a Toyota self-charging hybrid powertrain -quiet, intuitive, responsive and self-sufficient EV technology with no need for plug-in recharging. It offers low cost of ownership, outstanding fuel economy and low CO2 emissions, and up to 50% zero emissions driving on the everyday commute.

Combining more power and greater responsiveness with low emissions and superior fuel efficiency, the new full hybrid powertrain delivers160 kW/218 DIN hp. It will accelerate the Camry Hybrid from 0 to 100 km/h in 8.3 seconds and on to a maximum speed of 180 km/h, whilst generating CO2emissions as low as 98 g/km and returning a combined fuel consumption of only 4.3 l/100 km.

Providing high power output with smooth and highly refined operation, the new 2,487 cc four-cylinder Dynamic Force Engine has a maximum power output of 131 kW at 5,700 rpm and develops maximum torque of 221 Nm at between 3,600 and 5,200 rpm.

The unit also adopts Dual VVT-i with VVT-iE on the intake side and VVT-i on the exhaust side. VVT-iE (Variable Valve Timing intelligent system by Electric motor) uses an electric motor instead of oil pressure to control the variable valve timing, allowing it to deliver high fuel efficiency and low emissions even when operating at low rpm or in cold temperatures. An increased range of variability for both intake and exhaust valve timing further increases both fuel efficiency and output.

A newly developed, four-point engine mounting system has been designed to not only dramatically reduce engine vibration but also further increase the Camry Hybrid’s rigidity and handling stability.

The front and rear mounts are fastened to a vibration damping sub-frame, whilst the left- and right-hand mounts are installed on side members. By effectively surrounding the engine and transmission, this design reduces vibration generated by the engine starting.

The use of side members for the left and right engine mounts increases lateral support rigidity, helping to enhance handling stability.

The Camry Hybrid’s suspension features a MacPherson strut configuration at the front and a new double wishbone layout at the rear. The systems have been engineered to give not only superior stability and flatter cornering to inspire driver confidence, but also to deliver a premium ride quality that surpasses that of other vehicles in the class.

Both front and rear systems make use of newly-developed shock absorbers with saturation-type valves that have been tuned to provide the ideal balance of optimal damping force -for stability and dynamic handling- and exemplary ride comfort.

The front suspension employs large castor angles with short coil springs and a low placement of the upper support, creating a compact system which allows for a reduced bonnet height. An increased castor trail not only improves straight line stability but also enhances steering response. And the adoption of a strut bearing mounted coaxially with the king pin axis creates a more comfortable steering feel.