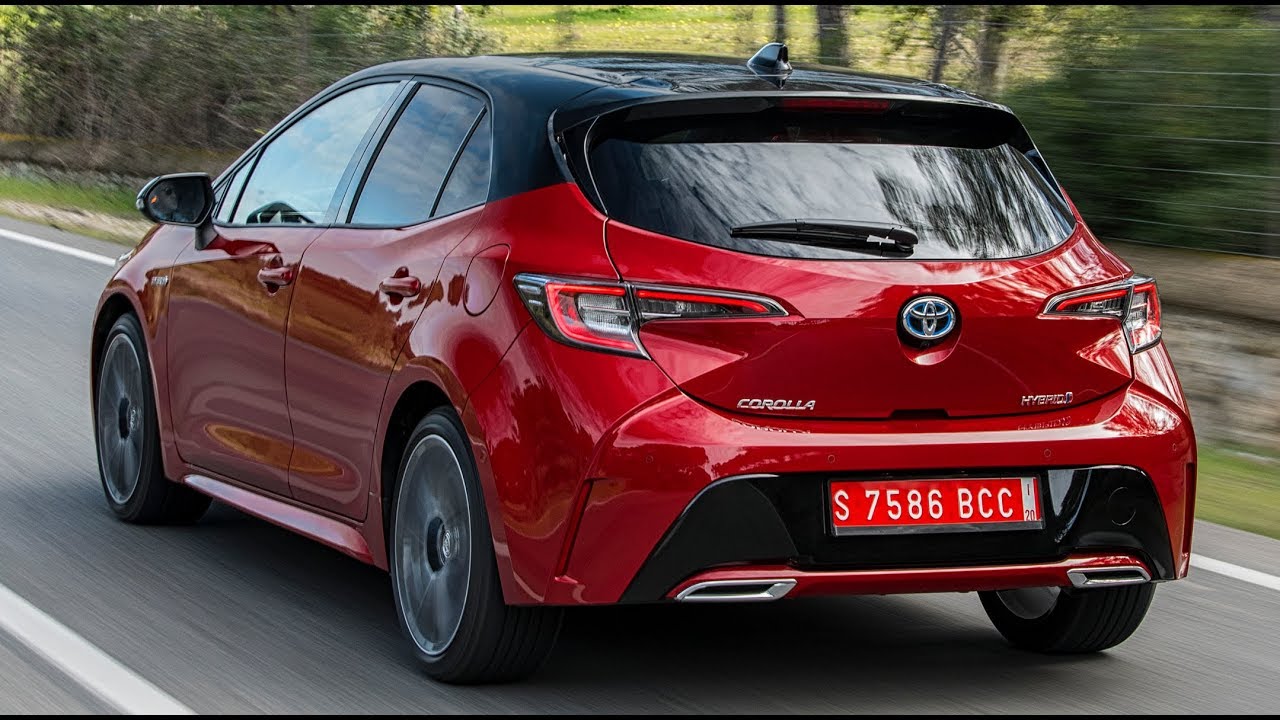 2019 Toyota Corolla Hatchback Hybrid – Interiorr, Exterior and Driving. The new Toyota Corolla looks like the right car at the right time – with hybrid powertrains across much of its range and a British manufacturing base.

The Corolla is actually being offered with a choice of three powertrains – because despite initial statements to the contrary, Toyota GB has elected to offer a non-hybrid, 1.2-litre turbocharged petrol version of the car on some trim levels. There are three body styles, too, with the five-door hatch joined (again) by an estate and, in a novel development, a small (hybrid-only) saloon.

The vast majority of Corolla sales, of course, will be electrified, and Toyota is hoping to build on this trend by offering a choice of hybrids. There’s the 2.0-litre 177bhp set-up, and the more conventional (and more familiar, since it’s closely related to the Toyota Prius and C-HR) 1.8-litre configuration. The total system power is 120bhp and the engine alone has 142Nm of torque – although the electric motor is constantly delivering varying amounts of its 163Nm.

The 1.8 Corolla’s performance figures are respectable, but no more than that. It’ll reach 62mph from rest in just under 11 seconds, which is only slightly quicker than an 84bhp 1.0-litre Volkswagen Golf. The Toyota’s top speed is 112mph.

But as is often the case, the Toyota’s trump card is efficiency. Even in the tougher WLTP test cycle, it manages anywhere between 55mpg and 65mpg, giving combined CO2 emissions (correlated across to NEDC numbers, as they have to be) starting at just 73g/km. There’s not a Ford Focus that can get within 15g/km of that.